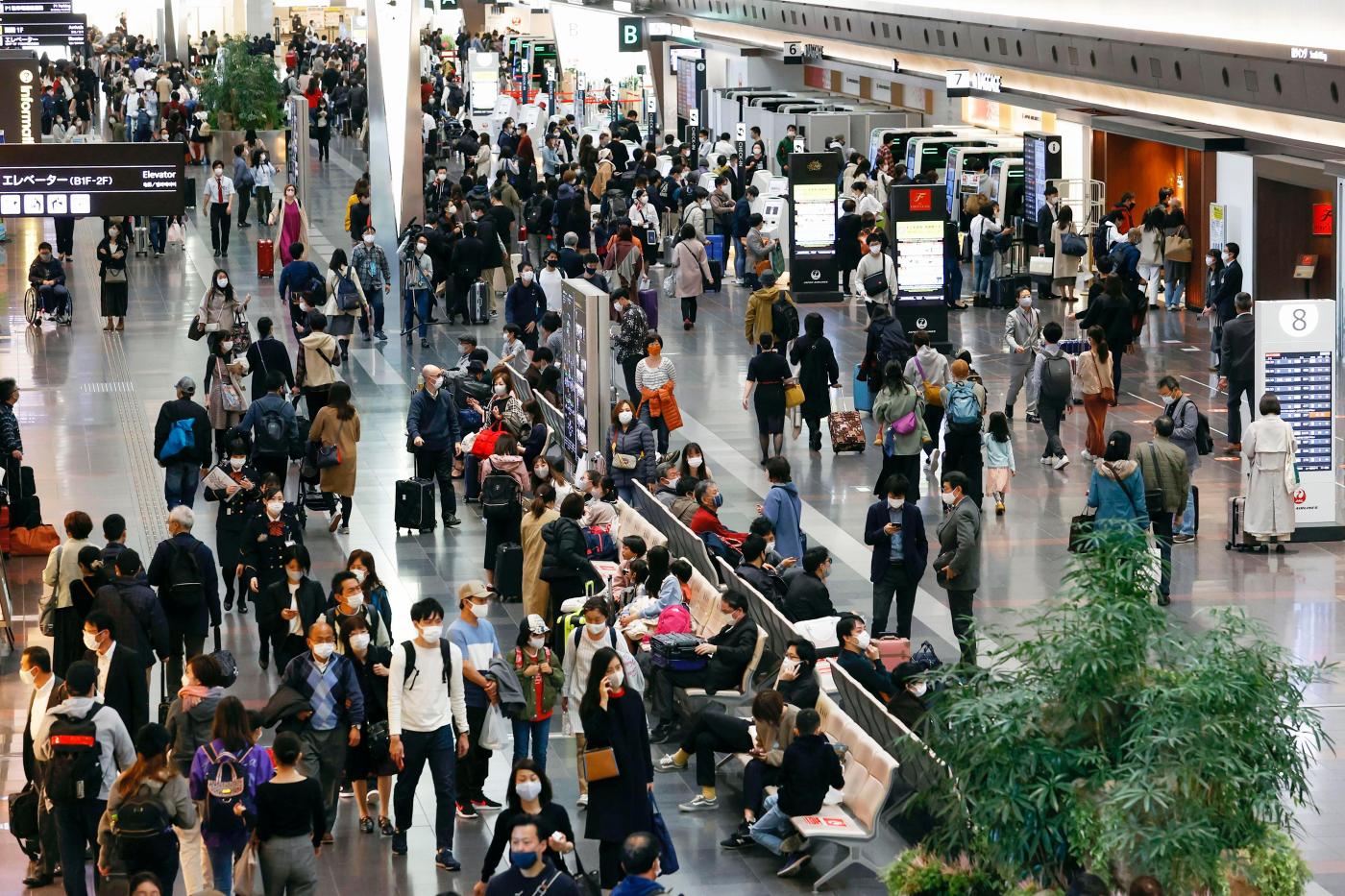 A spokesman for the younger Trump says he received the positive test result earlier this week, has no symptoms and has been quarantining and following the recommended medical guidelines.

President Trump tweeted Saturday that his son “is doing very well.” Trump Jr. is the latest member of the president’s family to become infected, after the president, first lady and their son Barron.

— Daily COVID-19 deaths in US reach highest level since May

— Republican governors in some hard-hit states are refusing to ask families to limit Thanksgiving celebrations despite warnings from federal health officials that gatherings could worsen a coronavirus surge that’s already spinning out of control.

— No. 4 Clemson at Florida State postponed hours before start in Tallahassee, Florida. Medical staff from both schools couldn’t agree it was safe to play.

— Los Angeles County businesses trying to recover from the coronavirus pandemic face new restrictions and the prospect of a shutdown on the horizon.

PIERRE, South Dakota — Coronavirus infections are ravaging South Dakota, where more than half of tests have come back positive for weeks.

Some governors who for months echoed President Donald Trump’s criticism of measures to control the coronavirus are now relenting, including North Dakota Gov. Doug Burgum, who recently ordered the use of masks statewide.

Republican and Democratic governors from several Midwestern states issued a joint video urging people to say home for Thanksgiving and wear masks to slow the spread of the virus until a vaccine is widely available.

Hospitals in many states are running out of beds and are short on nurses, including in the states where governors are reluctant to act.

“We know what will happen. We know that three to four weeks from Thanksgiving, we will see an exacerbation of the outbreaks,” said Dr. Georges Benjamin, executive director of the American Public Health Association.

CDC scientists believe about 40% of infected people don’t have obvious symptoms but can still spread the virus.

TALLAHASSEE, Florida — The game between No. 4 Clemson and Florida State has been postponed just hours before kickoff on Saturday. Medical personnel from both schools couldn’t agree it was safe to play in Tallahassee, Florida, amid the pandemic. The Atlantic Coast Conference announced the postponement, although it didn’t detail whether it involved coronavirus issues.

Star Clemson quarterback Trevor Lawrence missed the past two games after testing positive for the coronavirus. He was to return for his first time since Oct. 24.

There have been 18 postponements this week out of 62 scheduled games. It is the 81st postponement …read more