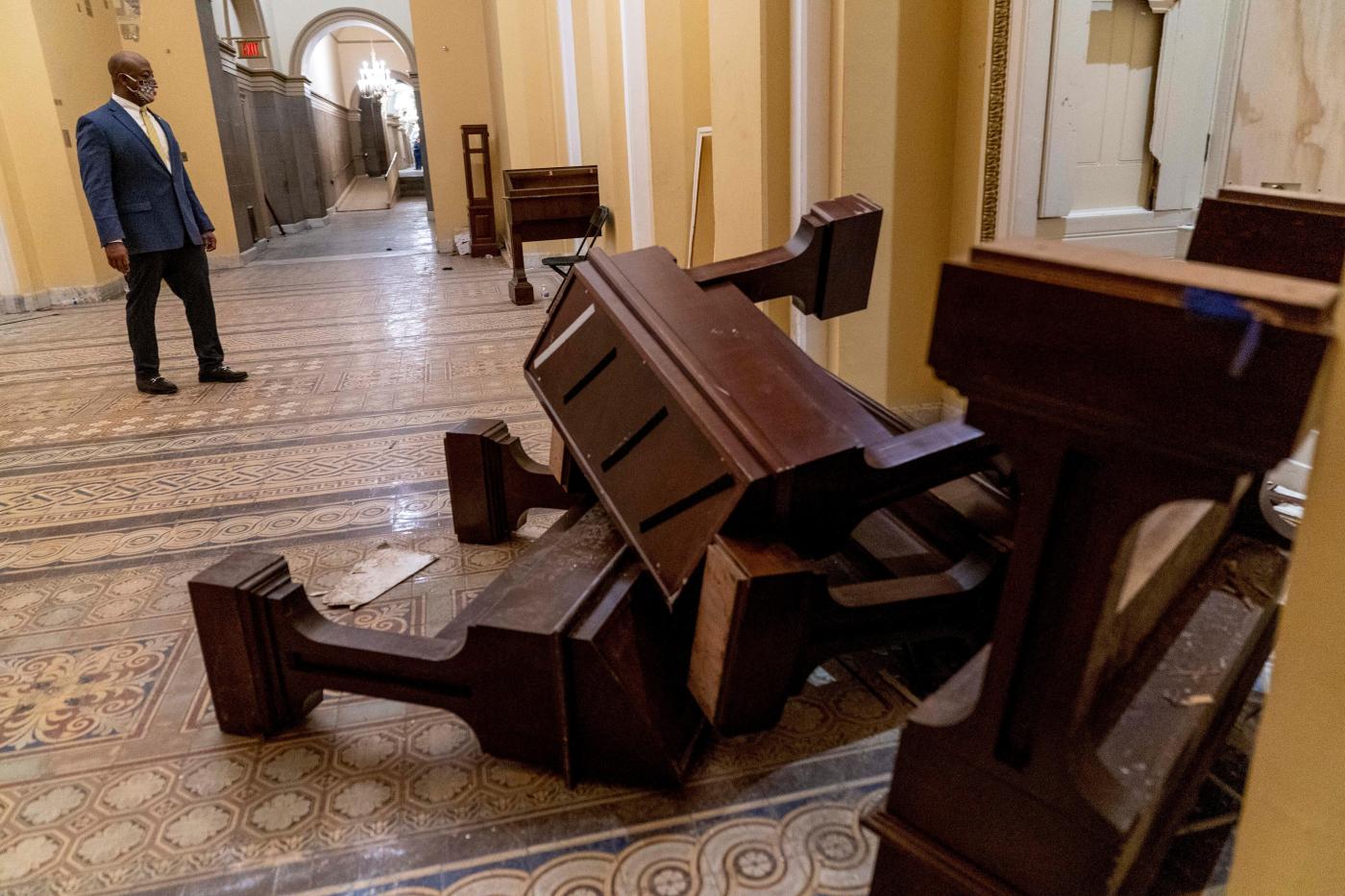 WASHINGTON (AP) — The Latest on the fallout of the storming of the Capitol by a mob of pro-Trump loyalists (all times local):

There have been several incidents of unruly passengers aboard flights leaving the Washington, D.C., area in recent days, and now the head of the Federal Aviation Administration is threatening to “pursue strong enforcement action against anyone who endangers the safety of a flight.”

Administrator Stephen Dickson says he expects passengers to follow instructions from airline crews. He notes that the penalties for interfering with crews range from fines to jail time.

The recent incidents include an American Airlines captain threatening to land a Washington-to-Phoenix flight in Kansas if passengers chanting “USA” didn’t behave. A female passenger can be heard mocking the captain’s warning.

Flight attendants have expressed concern that their flights could be carrying supporters of President Donald Trump who took part in Wednesday’s violent protest and siege of the U.S. Capitol.

HERE’S WHAT YOU NEED TO KNOW ABOUT THE FALLOUT FROM THE RIOTING AT THE CAPITOL:

The rampage that has shocked the world and left the country on edge is prompting a hard look at the failure to stop supporters of President Donald Trump who rioted on Wednesday. And it’s leading to a broader reckoning over Trump’s tenure and his future and what comes next for a torn nation.

— Videos show fatal shooting during rampage at the Capitol

— Rioters who stormed US Capitol now face backlash at work

— A farewell to @realDonaldTrump, gone after 57,000 tweets

— ‘He’s on his own’: Some Republicans begin to flee from Trump

HERE’S WHAT ELSE IS GOING ON:

The incoming chairman of the Senate Intelligence Committee is calling the Capitol a “crime scene” with evidence that needs to be preserved.

Sen. Mark Warner has written 11 telecommunication and social media companies asking them to immediately preserve content and associated meta-data connected to the insurrectionist attack on the Capitol on Wednesday. Those companies include mobile carriers AT&T, T-Mobile and Verizon and from the social media world — Apple, Facebook, Gab, Google, Parler, Signal, Telegram and Twitter.

Warner says the FBI and other law enforcement agencies investigating the events of that day are trying to piece together what happened when supporters of President Donald Trump rioted at the Capitol.

The Virginia Democrat tells the companies that “messaging data to and from your subscribers that may have participated in, or assisted, those engaged in this insurrection — and associated subscriber information — are critical evidence in helping to bring these rioters to justice.”

Nearly 50 House members have signed on to a letter to House Speaker Nancy Pelosi and the House leadership seeking an independent commission to investigate the security failures in Wednesday’s riot at the Capitol by supporters of President Donald Trump.

Democrats Barbara Lee and Jackie Speier and 45 of their colleagues say in a letter to Pelosi and the House Administration Committee that the violent siege at the Capitol was a “wake-up call.”

Only a …read more