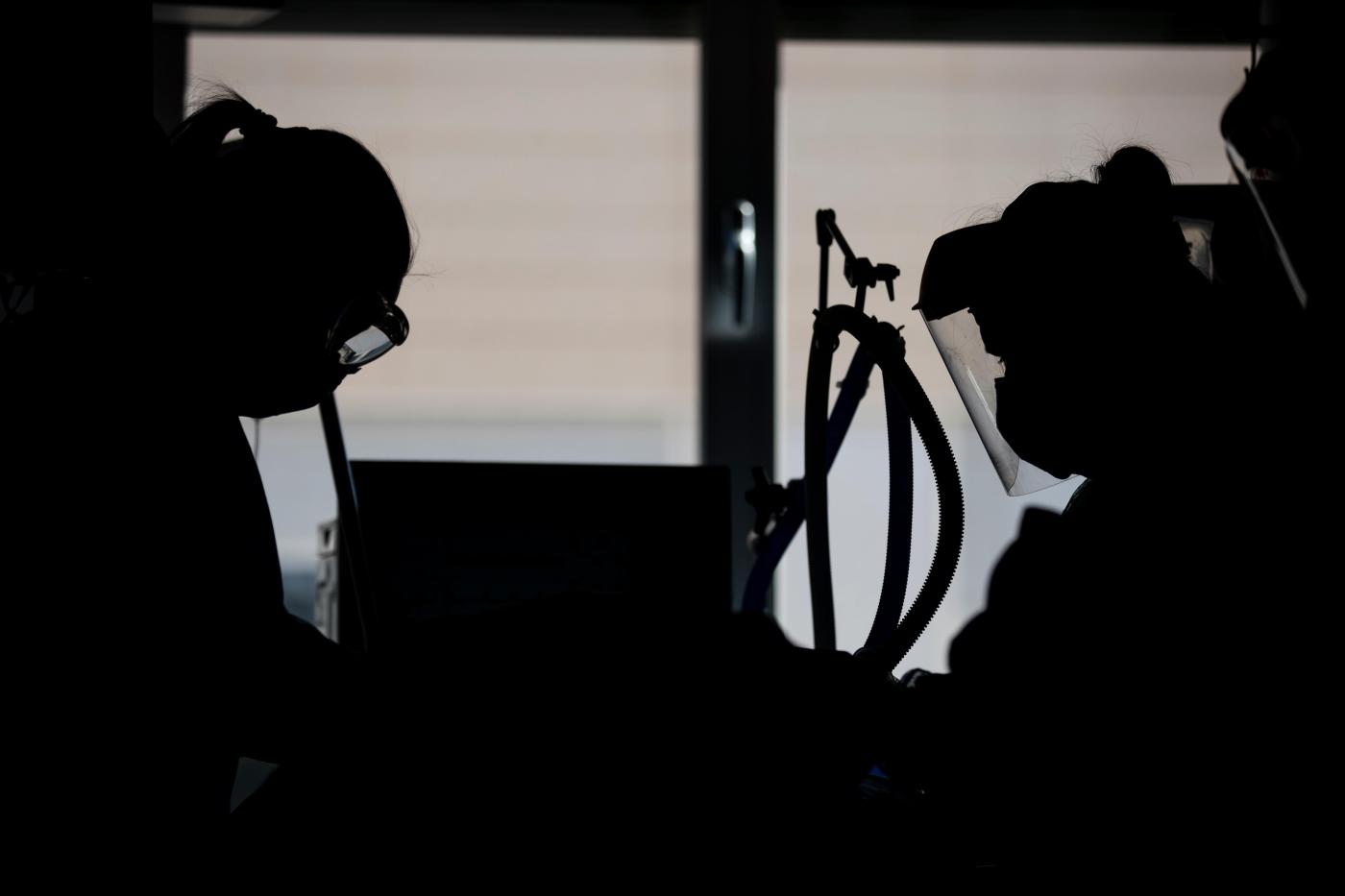 The Missouri Department of Health and Senior Services said there have been a total of 144,230 confirmed cases since the outbreak started, up 5,066 cases from Friday. The state also reported 27 more deaths to bring the total to 2,422.

The new number more than doubles the previous single-day high of 2,084 new cases, which occurred on July 30. Health department spokeswoman Lisa Cox didn’t immediately respond to an email from The Associated Press seeking an explanation for the large increase.

Data from the state shows that 1,313 people were hospitalized as of Friday, the second-most for any single day. The rise in hospitalizations is occurring largely in Missouri’s rural communities.

Dr. Nathan Sprengel, a doctor at the SEMO Health Network clinic in New Madrid, said some patients get upset when they are urged to wear masks in the clinic.

— House Speaker Nancy Pelosi dismisses the latest White House offer in COVID-19 aid talks but remains hopeful progress can be made toward a deal.

— Queen Elizabeth II honored the work of doctors and nurses, delivery drivers, fundraisers and volunteers during the coronavirus pandemic.

— The NFL’s Tennessee Titans and the New England Patriots had no positive coronavirus tests Saturday and both teams will be allowed to go back to their facilities.

PHOENIX — A new report by the Centers for Disease Control and Prevention says coronavirus cases in Arizona dropped 75% following the implementation of mask mandates.

The mandates were enacted after a statewide stay-at-home order was lifted, which resulted in a sharp uptick of cases.

The report was authored with the Arizona Department of Health Services. Arizona’s stay-at-home order expired on May 15 and two weeks later the daily average number of coronavirus cases climbed 151%. The substantial spike in cases overwhelmed the state’s health care system. The number of virus cases in Arizona peaked between June 29 and July 2 and declined by approximately 75% between July 13 and Aug. 7.

AUSTIN, Texas — Protesters from Republican Texas Gov. Greg Abbott’s own party have gathered outside his home to criticize his coronavirus orders as overbearing and unlawful.