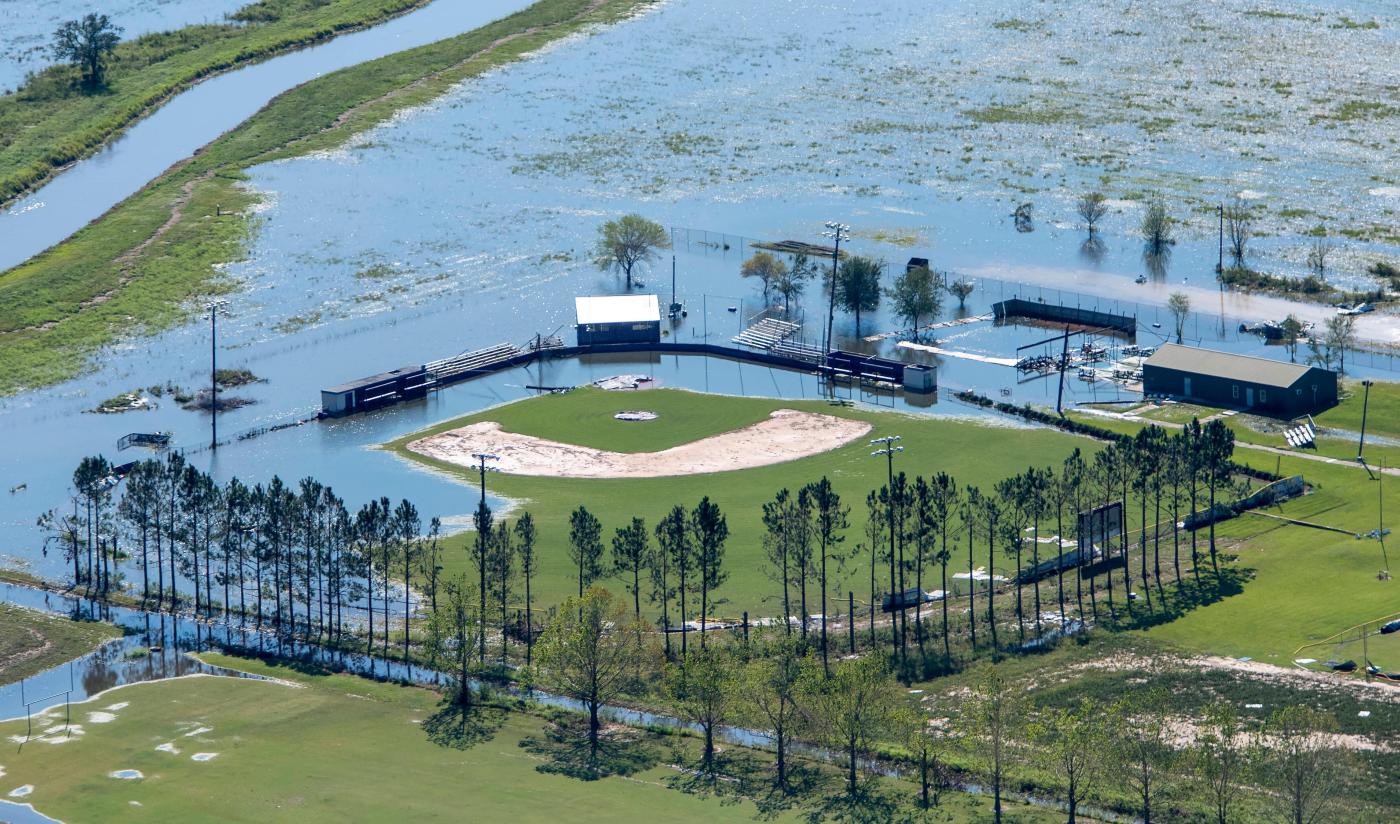 NEW ORLEANS (AP) — The Latest on Delta (all times CDT):

LAKE CHARLES, La. — Nearly 370,000 customers in Louisiana are without power because of Hurricane Delta.

Utility trucks could be seen driving westward along I-10 in the early morning hours, as crews worked to restore electricity.

Gov. John Bel Edwards was scheduled to provide an update on the storm’s impacts later in the day before meeting with officials in Allen and Evangeline parishes.

Delta stormed ashore Friday evening in southwest Louisiana as a Category 2 hurricane and then began weakening quickly over land.

The Weather Prediction Center says in a 4 a.m. advisory that the once-major hurricane is expected to drop 3 to 6 inches (8 to 15 centimeters) of rain on parts of Georgia, the Carolinas and Virginia. Flash, urban and small stream flooding is forecast for those states, with the Calcasieu and Vermillion river basins in Louisiana in danger of moderate to major river flooding in the coming week.

Maximum sustained winds are around 30 mph (45 kph) and expected to weaken over the next several hours. Delta is forecast to dissipate over central Appalachian states by Sunday night.

Ask Amy: I know my ex still loves me, so why is he saying these things?

Forecasters say a few brief tornadoes are possible in the Carolinas on Sunday.

ATLANTA — Remnants of Delta have triggered heavy rainstorms in parts of the Southeast, prompting flash flood and tornado warnings in the Atlanta area and other parts of Georgia. There were no immediate sightings of any confirmed tornadoes but fallen trees and other storm damage were reported.

WSB-TV reported one of the storms on Saturday heavily damaged a homeless shelter in Covington, east of Atlanta. One of the station’s reporters visited the site and said the storm punched holes in the roof of the Rainbow Community Center. The report said about 20 men eating dinner inside got out safely and will be housed overnight in a nearby gymnasium.

Elsewhere, emergency officials said low-lying roads in parts of Atlanta and its suburbs were inundated by heavy rains and there were reports of downed trees.

He told southwest Louisiana residents on Saturday, a day after Delta’s landfall: “We’re going to work as hard as we can as fast as we can to get everybody’s lives right side up again. As if Hurricane Laura wasn’t enough.”

He added: “We have tens of thousands of Louisianans today who are hurting, and we need to lift them up both in prayer, but also by our deeds.”

The governor says still no deaths have been …read more