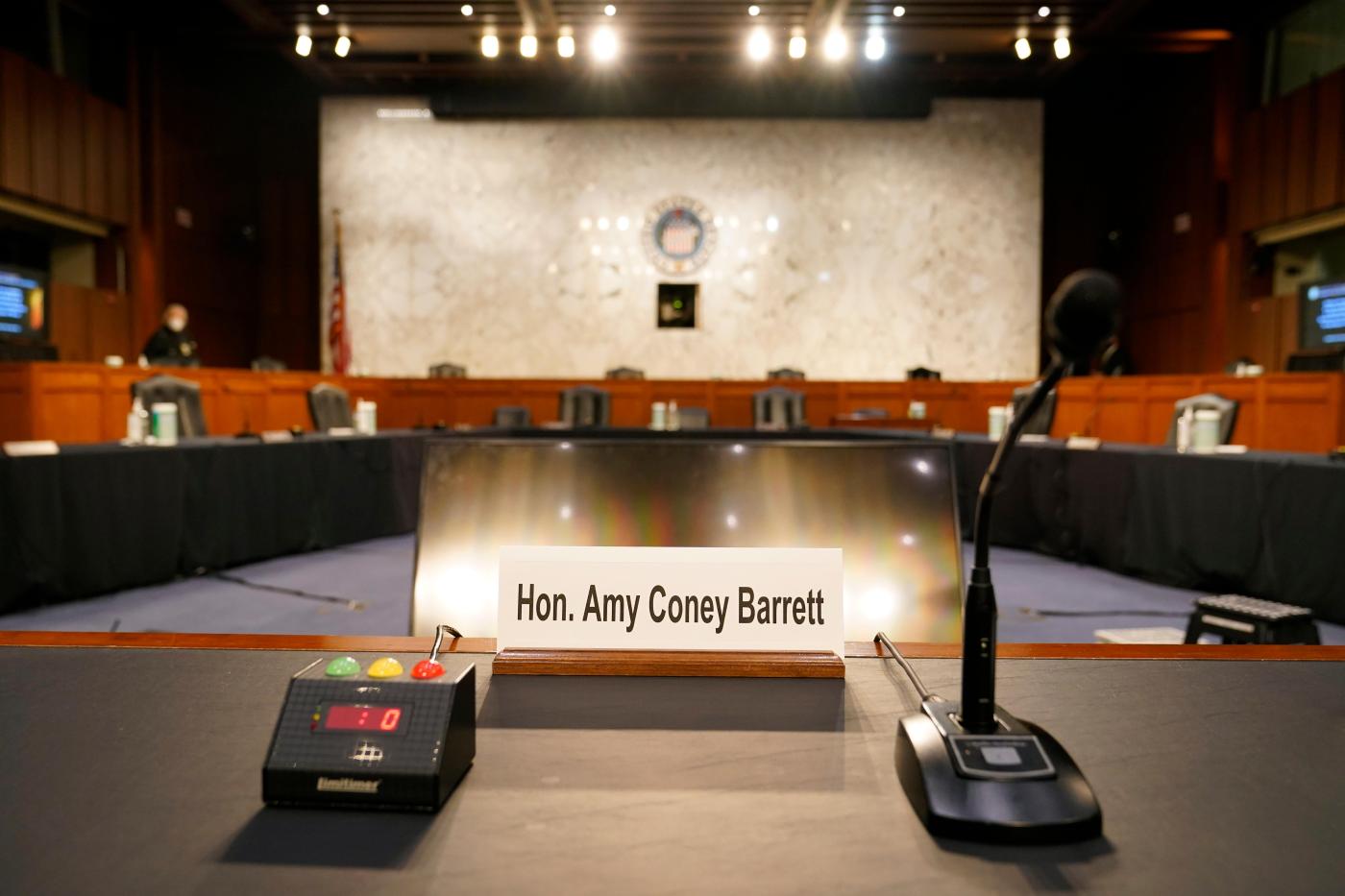 The Senate Judiciary Committee has scheduled a vote to approve Judge Amy Coney Barrett’s nomination to the Supreme Court — before her confirmation hearings have even ended.

Senate Judiciary Committee Chairman Lindsey Graham scheduled a committee vote for 9 a.m. Thursday, Oct. 15, the morning of the last day of hearings. Barrett’s nomination is expected to be brought up for a vote at that meeting and then delayed for a week, per committee rules.

If that happens as expected, the GOP-led committee would then vote to approve her nomination Thursday, Oct. 22. That would set up a final confirmation vote on the Senate floor the week of Oct. 26.

Republicans are moving quickly to confirm Barrett before the presidential election Nov. 3. Unless circumstances change, Republicans are expected to have the votes to approve the nomination in committee and for final confirmation on the floor.

The Senate Judiciary Committee has wrapped up the first of four days of planned Supreme Court confirmation hearings for Amy Coney Barrett.

Senate Judiciary Committee Chair Lindsey Graham told lawmakers at the conclusion of an approximately five-hour hearing Monday to get some rest because there are long days ahead.

On Monday, Democratic and Republican members of the committee gave opening statements, as did Barrett. She will begin answering questions from lawmakers Tuesday.

Graham acknowledged the obvious at one point: “This is going to be a long, contentious week.”

Supreme Court nominee Amy Coney Barrett says she believes the court should interpret the U.S. Constitution and laws “as they are written.”

Barrett said in her opening statement Monday at her confirmation hearing before the Senate Judiciary committee that people of all backgrounds deserve “an independent Supreme Court.”

She says: “And I believe I can serve my country by playing that role.”

President Donald Trump nominated Barrett just two weeks ago to fill the seat of the late Ruth Bader Ginsburg, who died Sept. 18. Trump and Republicans want Barrett on the bench in time for Election Day, Nov. 3.

Barrett, a conservative, would shift the balance on the court significantly right, from 5-4 in favor of conservatives to 6-3. Democrats worry she would vote to rule the Affordable Care Act is unconstitutional in a case coming before the court in November.

Amy Coney Barrett is addressing senators at her Supreme Court confirmation hearing, saying she is humbled by the profound responsibility of being nominated to fill the vacancy left by the death of Ruth Bader Ginsburg.