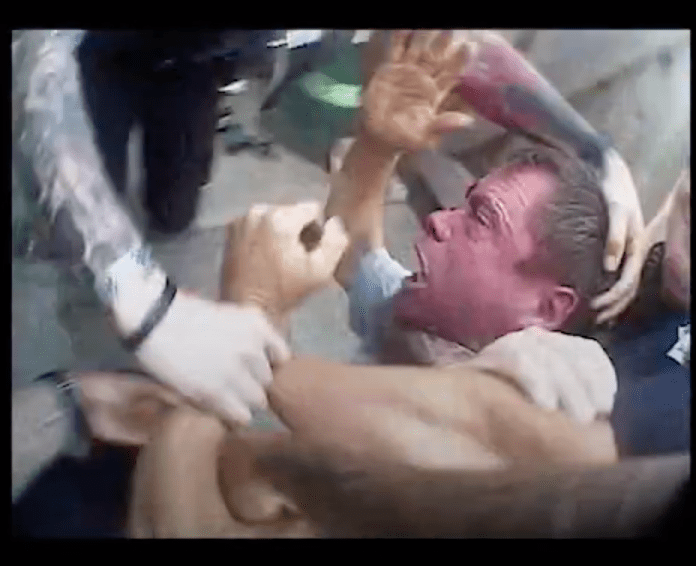 VALLEJO — The city has agreed to pay $750,000 to settle a suit with a man who was wrestled into the pavement and placed into a now-banned carotid hold by several officers investigating an unrelated call, according attorneys representing him.

Video of the incident shows officers wrestling with and pinning Carl Edwards against the concrete, blooding his entire face as he screams. At one point in the July 2017 incident, an officer placed his knee on Edwards’ neck.

“This is one of the most brutal, unprovoked police beatdowns I’ve seen in almost thirty years of practice. Vallejo needs to rein in its violent police officers,” Edwards’ attorney, Michael Haddad, said in a news release.

Hours after Haddad’s office announce the settlement, the city of Vallejo issued a statement to independent journalist John Glidden apologizing to Edwards for his “negative experience” with the Vallejo police department.

“As a police department and a city, we are continually learning from our past mistakes and successes as we move forward,” city spokeswoman Brittany Jackson said in the statement to Glidden, later adding, “We are working hard to establish policies and a culture to avoid negative experiences between our citizens and officers, particularly those that may result in injury, and to honor the sanctity of life for all in our community.”

The statement notes that the city did not require Vallejo police to admit wrongdoing, and says the city is working to bring “awareness” about de-escalation tactics in the police force.