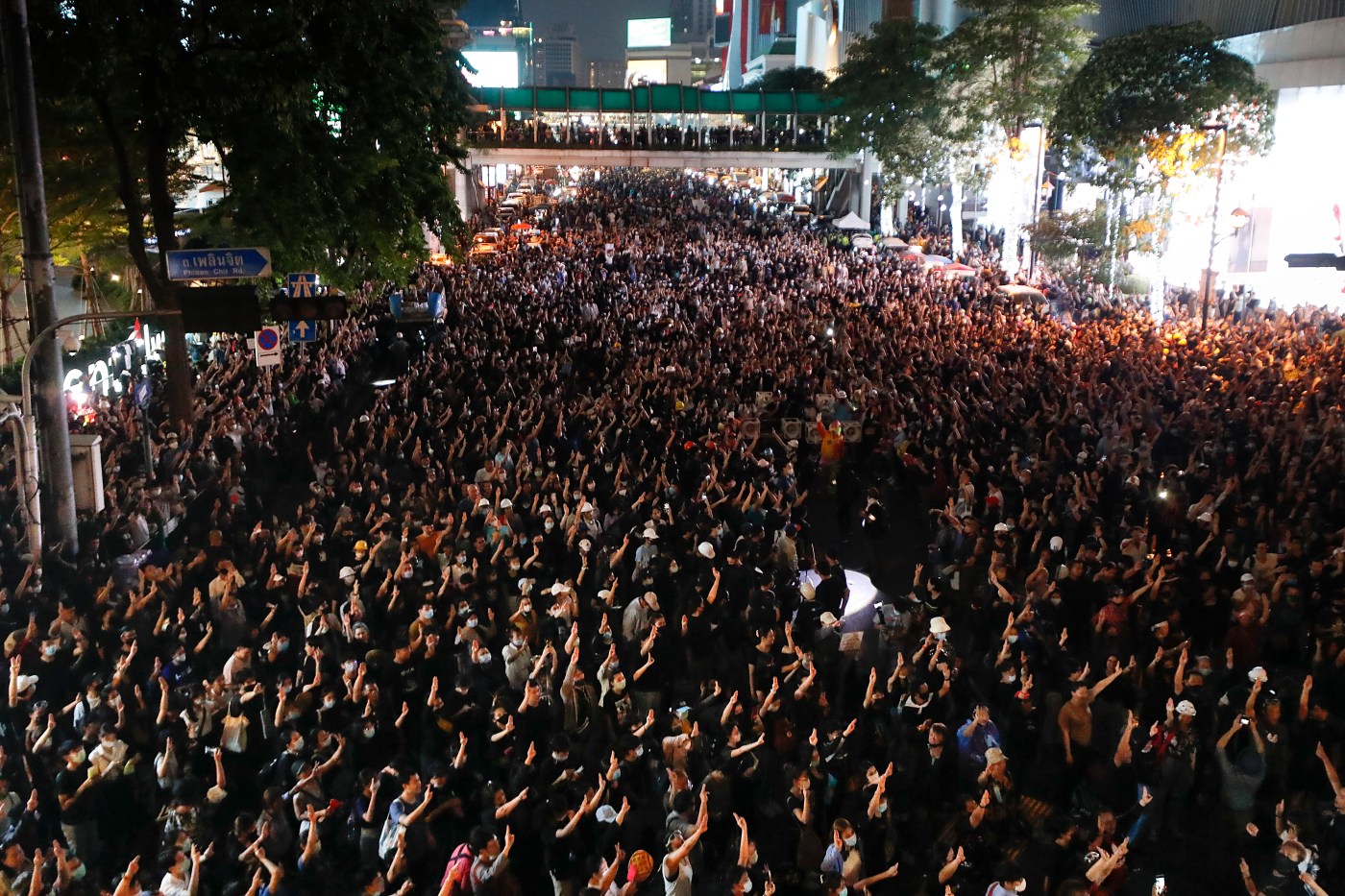 Thailand’s parliament on Wednesday voted to move forward with two proposals on amending the constitution but stopped short of backing a motion that included monarchical reform, amid intensifying protests against the country’s military-backed government.

A youth-led movement has held regular demonstrations for the past five months, demanding the resignation of Prime Minister Prayut Chan-o-cha — who seized power in a military coup in 2014 — the dissolution of parliament and changes to the constitution that they say entrenches the military’s power.

Protesters have also broken long-held taboos and risked lengthy prison sentences by calling for reform of the monarchy to curb the King’s powers and ensure he is accountable to the constitution. The movement is the biggest challenge to the establishment the country has seen in decades.

The vote came a day after the worst night of violence in the country’s five-month protest movement saw live ammunition used for the first time and left 55 people injured. Thousands of protesters on Wednesday again took to the streets of Bangkok.

Members of Thailand’s Senate and the House of Representatives on Wednesday voted on seven motions that included degrees of reform to the constitution put forward by the government, the opposition and one proposal from the people.

Among the reforms discussed was the undemocratic power of the Senate, of which all of its members — currently 245 — are handpicked by the Thai military and have the voting power to appoint the prime minister jointly with the lower house.

None of the six proposals included monarchical reform.

The seventh motion was brought by Thai social reform NGO iLaw and has received huge support from pro-democracy protesters. Their proposal would abolish the current constitution and pave the way to rewrite a new charter that would cover every chapter, including the monarchy.

That motion failed to win enough votes for approval, receiving only 212 votes from the joint sitting parliament of 732 members. It needed at least half the vote and at least a third of the Senate to pass.

Two proposals were adopted that would allow for discussion of constitutional change without affecting the monarchy. A drafting committee is to be set up after these motions are endorsed by King Maha Vajiralongkorn.

Protesters calling for constitutional reform rallied outside the parliament building in Bangkok on Tuesday, where they clashed with police and pro-monarchy groups in pitched street battles. Police used tear gas and water cannons with chemical-laced water to disperse protesters who had cut through wire barricades that separated them from police lines outside parliament.

At least two people were shot with live rounds during the protests, police confirmed on Wednesday. Police said one civilian was shot in the hip and a pro-democracy protester was shot in the left thigh.

Four others are believed to have sustained gunshot wounds, but police have not yet been able to talk to them so cannot confirm whether their injuries are from live rounds, according to police spokesman Maj. Gen. Piya Tawichai. They are all being treated in hospital.

A sommelier compared 11 wines from Costco, Target, Trader Joe's, and BJ's — and the winner was clear