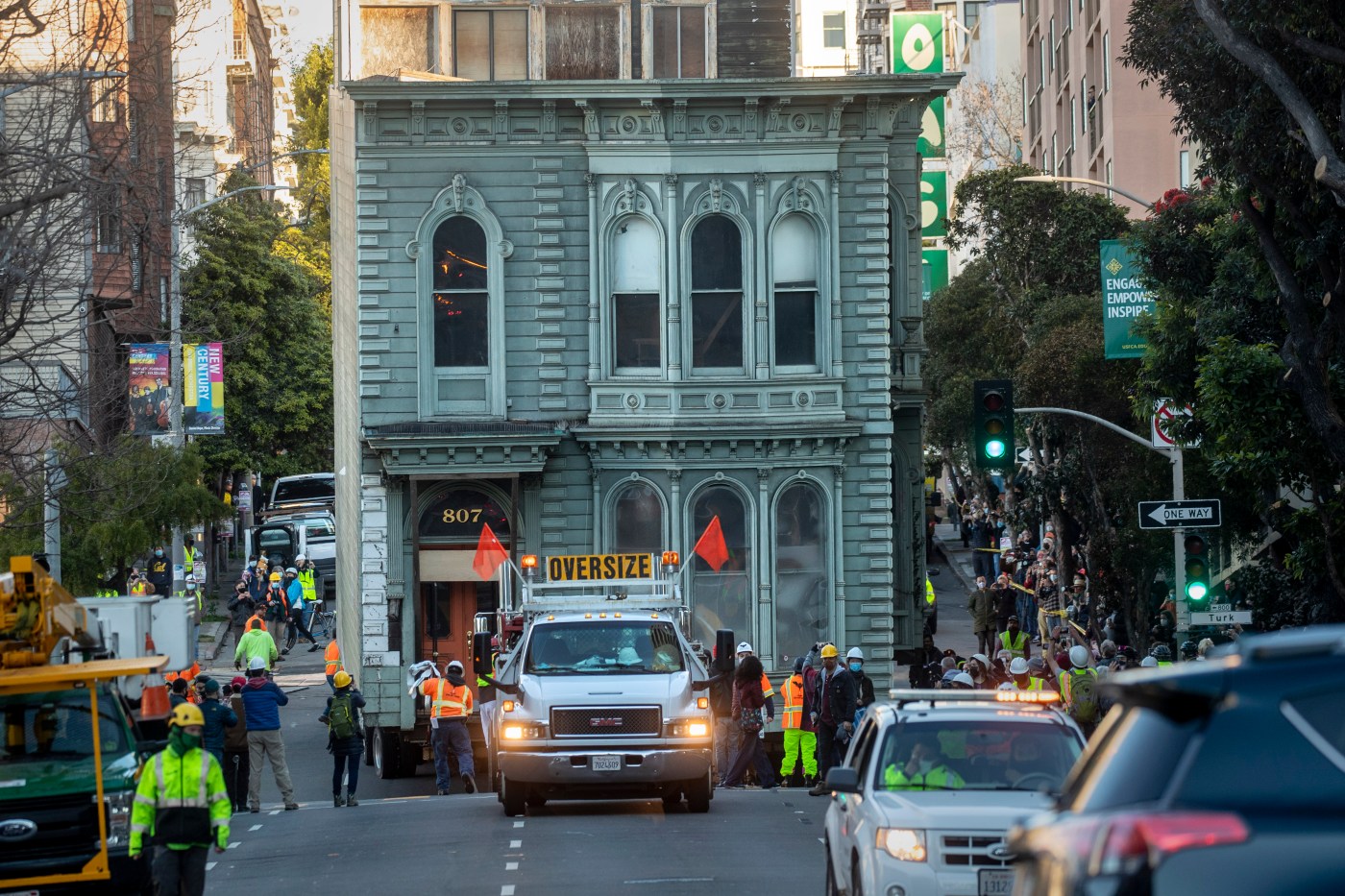 As San Francisco chase scenes go, this one certainly wasn’t the fastest.

But what it lacked in speed was made up in curiosity factor.

Starting before dawn Sunday, hundreds of sightseers with cameras and cell phones, chased a 139-year old, two-story Victorian house through the streets of San Francisco on a four hour, half-mile trek that seemed like a west coast Mardi Gras parade.

According to the San Francisco Historical Society, it’s been almost 50 years since a Victorian was last relocated within the city.