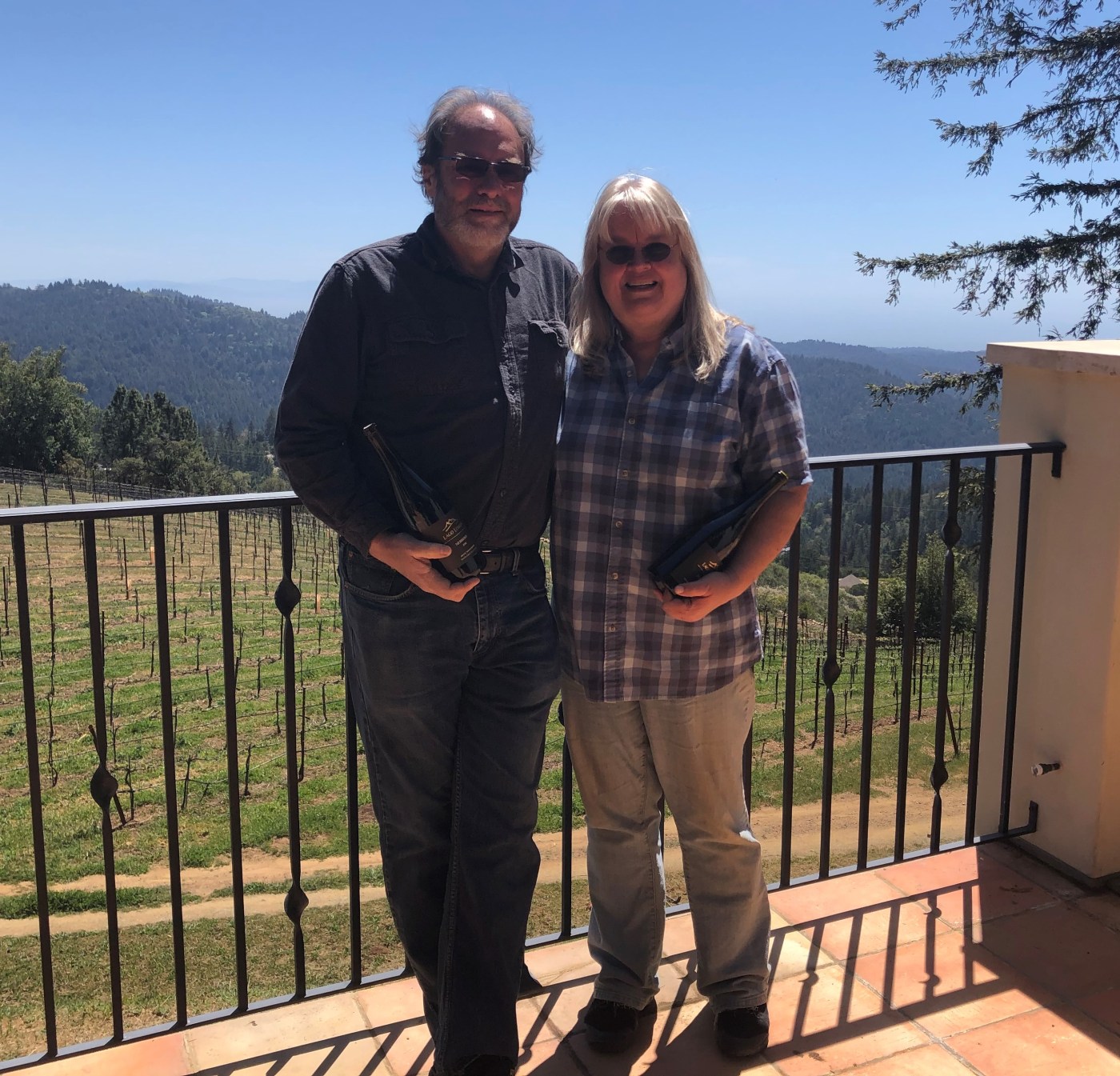 Lago Lomita has existed for centuries below a broad, sloping ridge in the Santa Cruz Mountains, but in recent years it’s been home to one of the area’s few Nebbiolo vineyards.

The lake most likely has long quenched the thirst of deer and other wild creatures, and it was once used for wakeboarding by the son of current owners Robin and Mark Porter. A picture of him on the lake appeared in a recent issue of Wine Enthusiast magazine.

The story highlighted some of the vineyards and winemakers flourishing in the wide-ranging wine-growing area of the Santa Cruz Mountains. Lago Lomita Vineyards is in the Summit area, along with nearby Burrell School Vineyards, Loma Prieta Winery, Muns Vineyard and Wrights Station Vineyards & Winery.

The Porters, who are high-tech refugees, say the “lake of the long broad hill” was discovered by Spanish explorers and became part of the local lore. It now sits at the bottom of a vineyard swale between the west-facing part of the Porter’s vineyard, where pinot noir, pinot gris, cabernet sauvignon and cabernet franc are found, and the eastern side, where the first plantings of Nebbiolo and Sangiovese sit, along with some pinot noir.

A 44-acre piece of property on Loma Prieta Avenue, with a view of the imposing Loma Prieta Mountain to the southeast, the Monterey Bay to the south and west and Mt Umunhum to the northeast, the Lago Lomita Vineyards total about 12 acres. With the help of local viticulturist Prudy Foxx, it’s producing some mighty interesting wines. The 2019 Soquel Vineyards Nebbiolo won a Best of Class at the 2021 San Francisco Chronicle Competition, vaulting it into notoriety. But that’s not the only thing this vineyard has in its favor.

It’s also the site of one of Airbnb’s most popular treehouses.

“It’s booked solid for the year. It’s been that way since we opened it,” says Robin Porter, who built the 44-foot-high treehouse to escape her kids back when she was working in high tech. She bought the property in 1990, after the 1989 earthquake, figuring property values on the Summit would favor buyers. The treehouse is so popular—especially for wedding proposals—that the Porters added a second rental, the Lotus Belle tent/yurt, which sleeps four and has a large spa-style bathroom.

When she bought the property, Robin was delighted not just by the amazing views but by the fact the property had a vineyard, originally planted in 1983 and sorely neglected in the intervening years.

In 1995, land at the neighboring Muns Vineyard was cleared for planting, which sparked the conversation about eventually restoring the vineyard at Lago Lomita. They also thought about building a winery there, but the cost of clearing the land and planting the vineyard was prohibitive.

Mark Porter says they began to clear their property, which was quite a rugged jungle of overgrowth, in 2011. With Foxx’s help, they began the process of planting vines in 2014.

The Porters recently planted another four acres total of cabernet franc, Nebbiolo and additional clones of pinot noir, inspired by a …read more