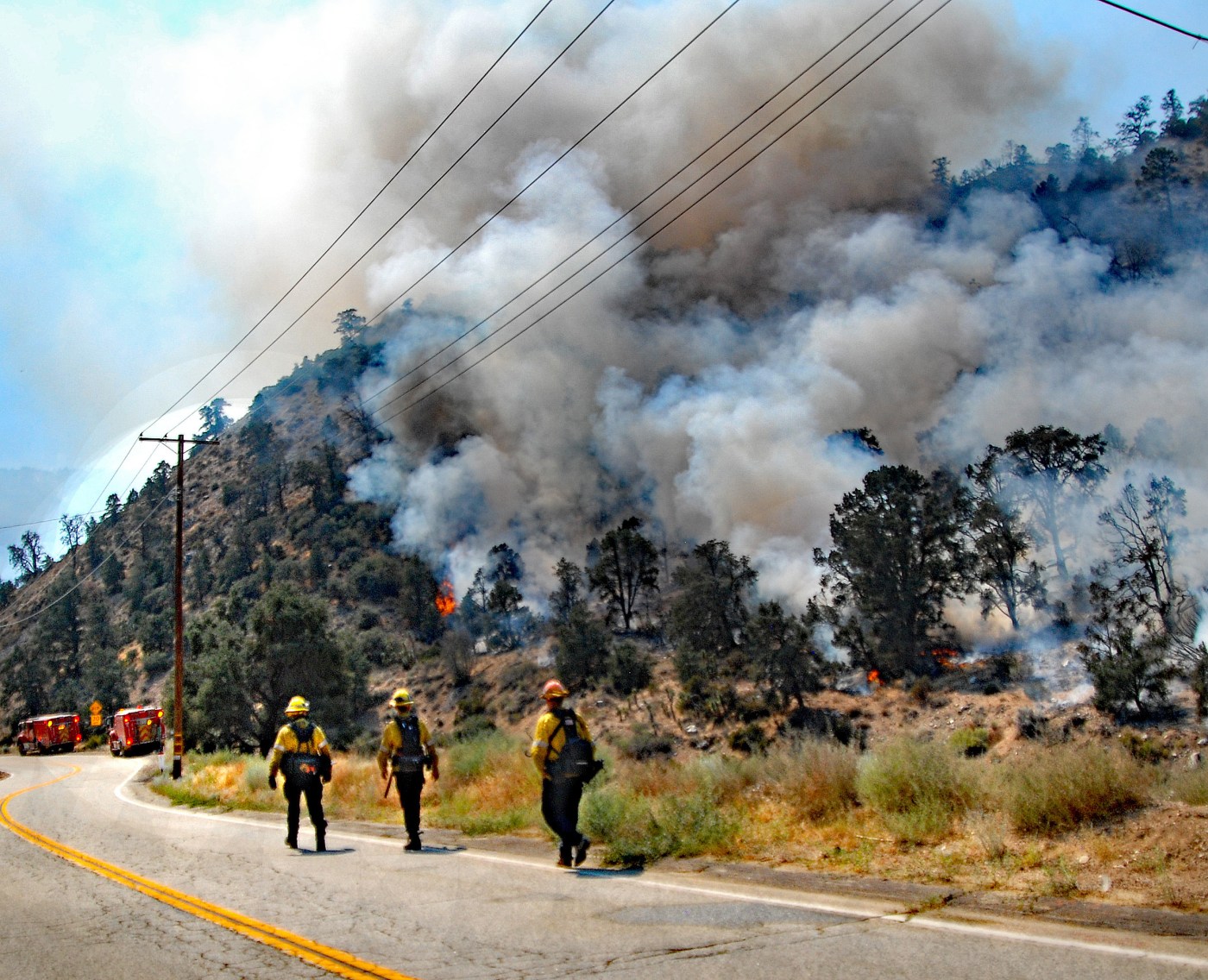 The Trump administration has rejected California’s request for disaster relief funds aimed at cleaning up the damage from six recent fires across the state, including Los Angeles County’s Bobcat fire, San Bernardino County’s El Dorado fire, and the Creek fire, one of the largest that continues to burn in Fresno and Madera counties.

The decision came late Wednesday or early Thursday when the administration denied a request from California Gov. Gavin Newsom for a major presidential disaster declaration, said Brian Ferguson, deputy director of crisis communication and media relations for the governor’s Office of Emergency Services.

Ferguson could not provide a reason for the federal government’s denial.

President Donald Trump has threatened to withhold federal dollars in aid before, including in 2019 unless state officials “get their act together, which is unlikely.”

A major disaster declaration allows for cost-sharing for damage, cleanup and rebuilding between the state and the federal government. It also activates federal programs led by the Federal Emergency Management Agency.

California did not ask for a specific dollar amount because damage estimates are not complete, Ferguson said.

“The true cost won’t be known for months or years afterward,” he said.

He added: “What the state is looking for is the highest level of federal support, which requires the highest bars be cleared. But we feel our case for those requirements has been met.”

According to Ferguson, such aid could easily reach into the hundreds of millions of dollars.

Outside the Southern California fires, the state is also asking for aid for Mendocino County’s Oak fire and Siskiyou County’s Slater fire.

Newsom formally submitted a letter to the White House and FEMA on Sept. 28 asking for such a declaration and citing the fact that five of the six largest fires in California’s recorded history have taken place this year.

The biggest is the August Complex fire, which began Aug. 16 and as of Oct. 15 had burned slightly more than 1 million acres through seven Northern California counties and was 77% contained.

“Many of the counties impacted by these wildfires are still recovering from previous devastating wildfires, storms and the effects of the COVID-19 pandemic,” Newsom wrote.

He added, “Californians are exhausted.”

Many residents lost homes and property that were uninsured. According to Newsom, as of Sept. 28, 959 residences were destroyed by fires and 90 more were damaged, totaling an estimated $264,289,200.

The governor also noted the cash-strapped nature of the state, which is projecting a pandemic-induced $54.3-billion deficit this fiscal year.

The denial of the declaration will probably lead to a federal appeal by the state.

Ferguson is hopeful too that FEMA will reverse course and just approve the decision.

In February, the federal government agreed to pay back California more than $170 million for repair to the Oroville Dam spillway. Overall, the government kicked in $562.5 million for the project.

California previously successfully applied for a declaration from the federal government for two fires caused by lightning, including …read more