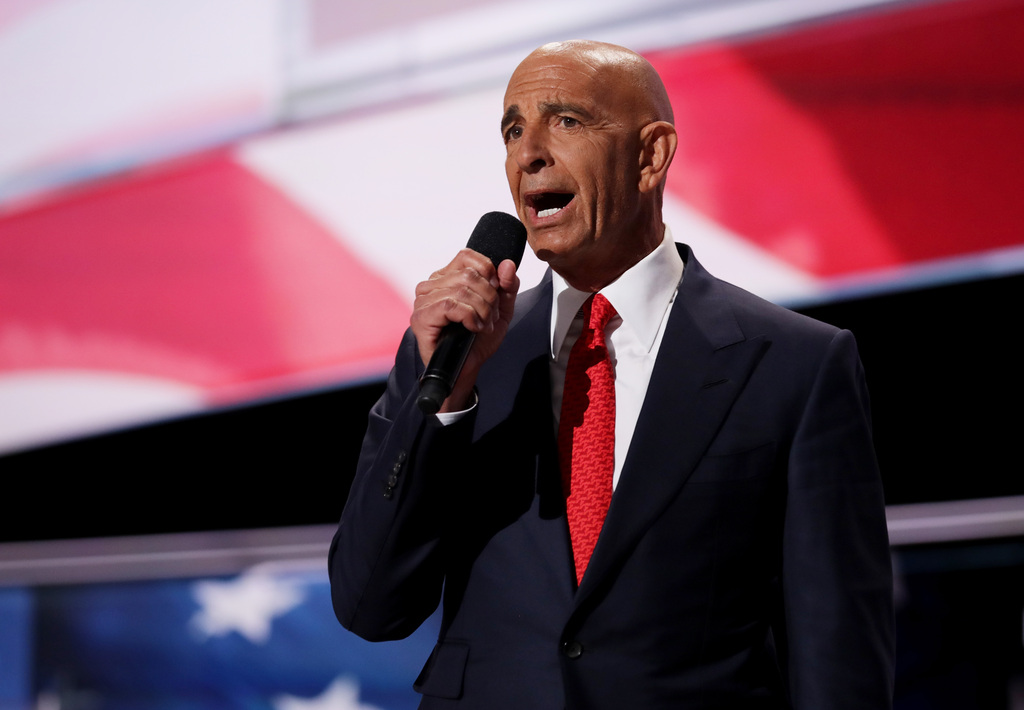 NEW YORK — The chair of former President Donald Trump’s 2017 inaugural committee was arrested Tuesday on charges alleging that he and others conspired to influence Trump’s foreign policy positions to benefit the United Arab Emirates.

Thomas Joseph Barrack, 74, of Santa Monica, was among three men charged in New York federal court with trying to influence foreign policy while Trump was running in 2016 and later while he was president.

Matthew Herrington, an attorney for Barrack, did not immediately return an email seeking comment. Barrack was due to appear at an initial appearance in federal court in Southern California.

Barrack was charged with conspiracy, obstruction of justice and making multiple false statements during a June 20, 2019 interview with federal law enforcement agents. Also charged in a seven-count indictment in Brooklyn federal court were Matthew Grimes, 27, of Aspen, Colorado and Rashid Sultan Rashid Al Malik Alshahhi, 43, of the United Arab Emirates.

Grimes also was arrested Tuesday in California. A message for comment was sent to his attorney. The whereabouts of Alshahhi weren’t immediately clear.

“The defendants repeatedly capitalized on Barrack’s friendships and access to a candidate who was eventually elected President, high-ranking campaign and government officials, and the American media to advance the policy goals of a foreign government without disclosing their true allegiances,” Acting Assistant Attorney General Mark Lesko said in a release.

Lesko characterized the alleged conduct as “nothing short of a betrayal of those officials in the United States, including the former President.”

REAL ID without a DMV visit may be happening soon: Roadshow

Breivik attack survivors fight for their vision of Norway

US transfers Guantanamo prisoner to his home country

“Through this indictment, we are putting everyone — regardless of their wealth or perceived political power — on notice that the Department of Justice will enforce the prohibition of this sort of undisclosed foreign influence,” the statement said.