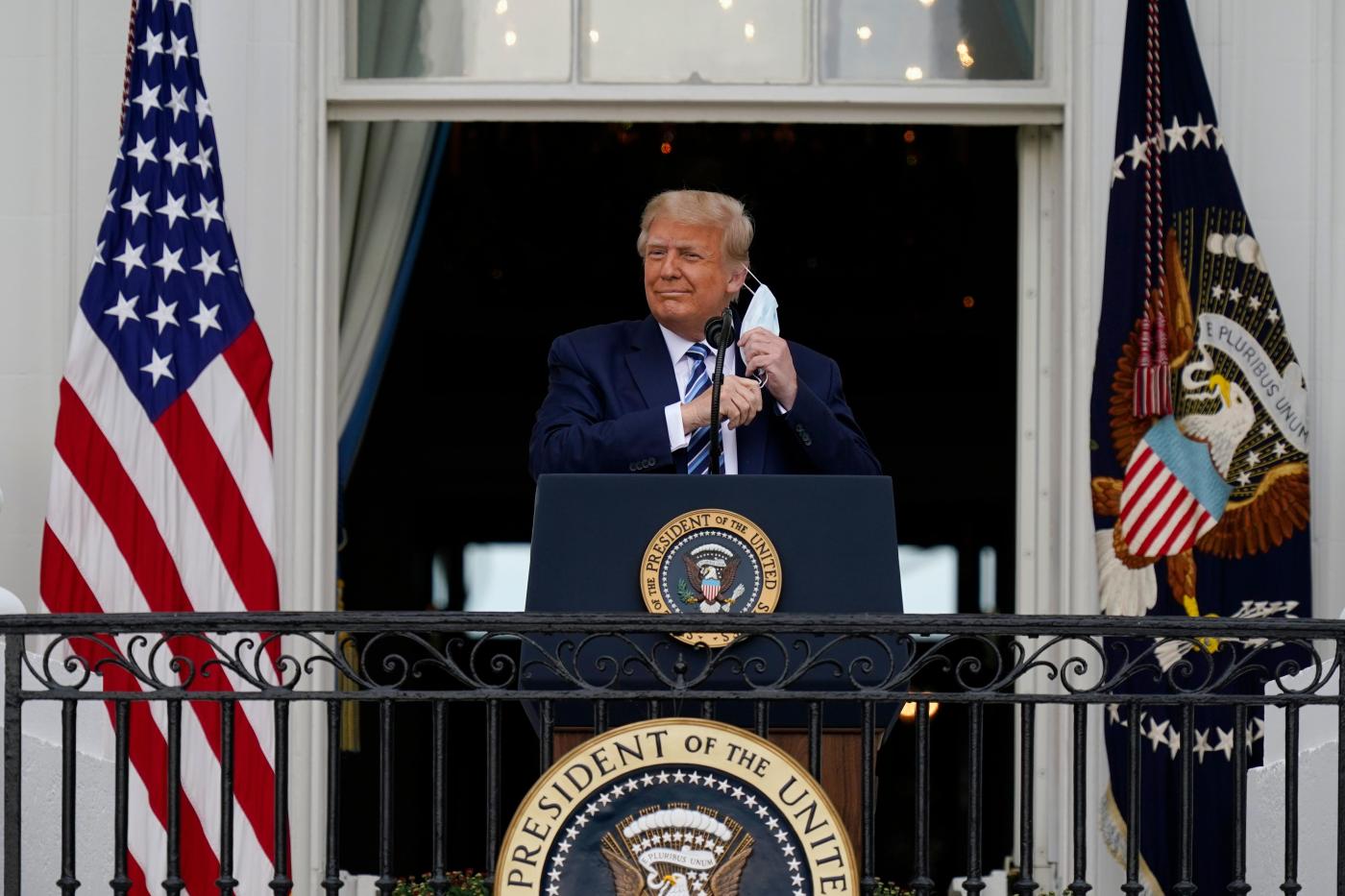 WASHINGTON — President Donald Trump on Sunday declared he was ready to return to the campaign trail despite unanswered questions about his health on the eve of a Florida rally meant to kick off the stretch run before Election Day.

His impending return comes after the White House doctor said he was no longer at risk of transmitting the coronavirus but did not say explicitly whether Trump had tested negative for it. The president insisted he was now “immune” from the virus, a claim that was impossible to prove and added to the unknowns about the president’s health.

“I’m immune,” Trump said in an interview on Fox News Channel’s “Sunday Morning Futures.” “The president is in very good shape to fight the battles.”

In a memo released Saturday night by the White House, Navy Cmdr. Dr. Sean Conley said Trump met the Centers for Disease Control and Prevention criteria for safely discontinuing isolation and that by “currently recognized standards” he was no longer considered a transmission risk. The memo did not declare Trump had tested negative for the virus.

But sensitive lab tests — like the PCR test cited in the doctor’s statements — detect virus in swab samples taken from the nose and throat. Some medical experts had been skeptical that Trump could be declared free of the risk of transmitting the virus so early in the course of his illness. Just 10 days since an initial diagnosis of infection, there was no way to know for certain that someone was no longer contagious, they said.

Sponsored: The best of Woodbury — Lafayette’s most spectacular penthouse

His return to full-fledged rallies will be in Florida on Monday, a comeback that comes with the president facing stubborn deficits in the polls. The Trump campaign and White House have not indicated that any additional safety measures will be taken to prevent the transmission of the virus among those traveling on Air Force One, at the event site or at rallies scheduled for Pennsylvania and Iowa later in the week.

Campaign officials have signaled that Trump will be traveling nearly every day the rest of the campaign, and sometimes making more than one stop, an aggressive schedule for a 74-year-old who was hospitalized just days ago.

And with the virus again dominating the national discourse, the Trump campaign has released an ad featuring Dr. Anthony Fauci praising the president’s leadership — but the nation’s leading infectious disease expert on Sunday objected to being included.

“The comments attributed to me without my permission in the GOP campaign ad were taken out of context,” Fauci said in a statement, adding that he was talking broadly about public health officials’ response to the pandemic. “In my five decades of public service, I have never publicly endorsed political candidates.”

Tim Murtaugh, Trump’s campaign communications director, responded by saying that “these are Dr. Fauci’s own words” and said they were praising the administration’s response.

On Sunday, Trump asserted in a tweet that he had “total and complete sign off from White House Doctors” to fully return to the campaign …read more