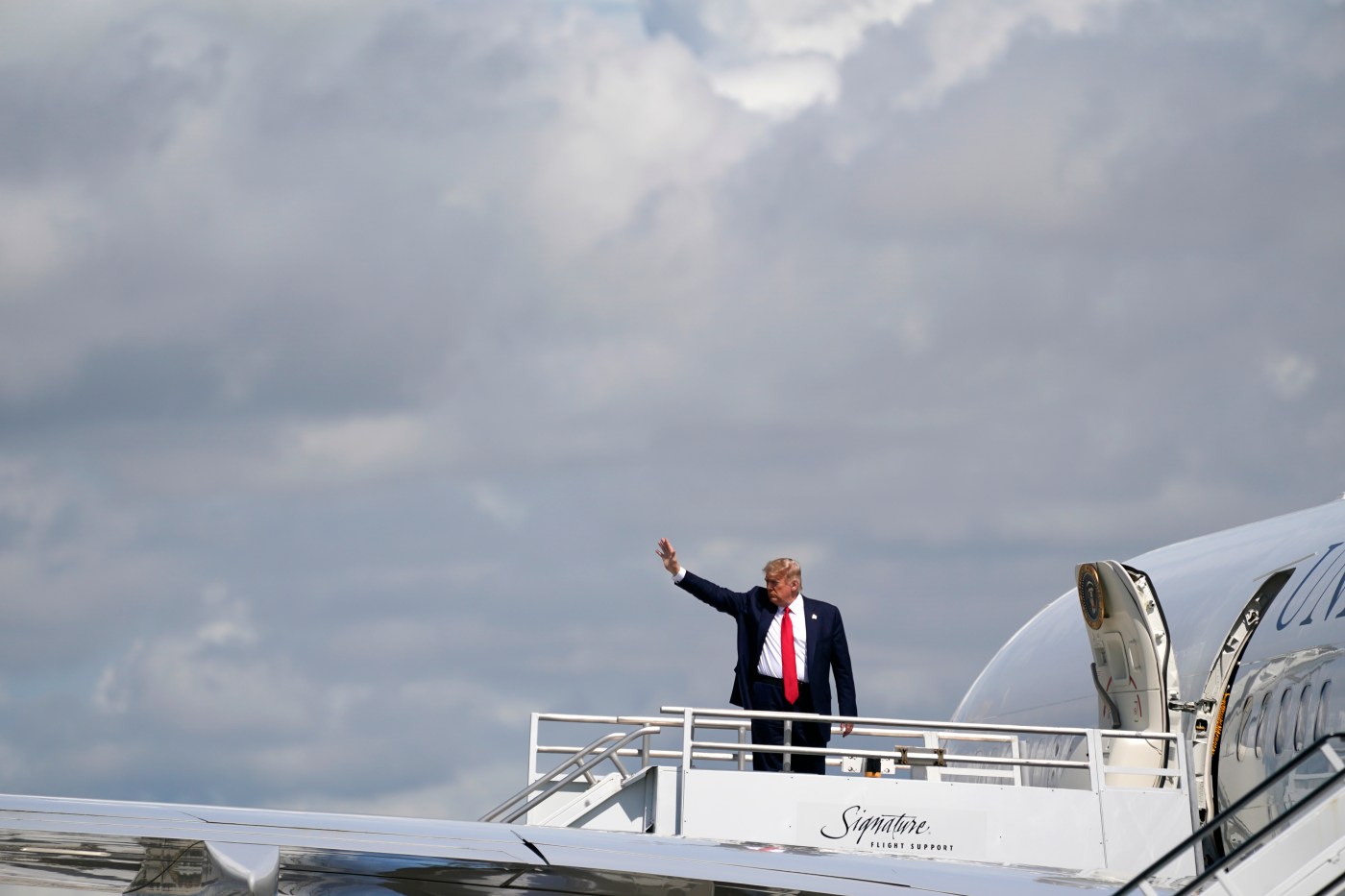 Trump was campaigning in Florida and Georgia, neighboring Southeastern states he carried four years ago and must win again to extend his presidency. His decision to devote Friday evening’s prime-time slot to Georgia in particular highlighted the serious nature of his challenge in the 2020 contest’s closing days: Far from his original plan to expand into Democratic-leaning states, Trump is laboring to stave off a defeat of major proportions.

No Republican presidential candidate has lost Georgia since George H.W. Bush in 1992. And earlier in this week, Trump courted voters in Iowa, a state he carried by almost 10 points four years ago.

At his first of two stops Friday in Florida, the president spoke directly to seniors who have increasingly soured on his handling of the pandemic.

“I am moving heaven and earth to safeguard our seniors from the China virus,” Trump said, using his usual blame-shifting term to describe the coronavirus. He also offered an optimistic assessment of the pandemic, even as a surge of new infections spread across America.

“We are prevailing,” the president said, promising to deliver the first doses of a vaccine to seniors when it’s ready.

Despite the tough talk, Trump’s actions on the ground in Florida underscored the conflicting messages his administration has sent throughout the pandemic. All of the president’s security personnel and support staff were wearing face masks when Air Force One touched down, but Trump and Florida’s Republican Gov. Ron DeSantis were bare faced.

Meanwhile, the president’s campaign released new numbers late Thursday suggesting he is likely the first incumbent president to face a financial disadvantage in the modern era.

Trump’s campaign, along with the Republican National Committee and associated groups, raised $247.8 million in September, well short of the $383 million raised by Biden and the Democratic National Committee. To open October, the Trump effort officially had $251.4 million in the bank, according to a campaign spokesman, compared to $432 million for Biden.

The president was fighting for momentum on the campaign trail a day after he and Biden squared off in dueling televised town halls that showcased striking differences in temperament, views on racial justice and approaches to the pandemic.

On NBC, Trump was defensive about his administration’s handling of the coronavirus, which has claimed more than 217,000 lives in the United States, and evasive when pressed about whether he took a required COVID-19 test before his first debate with Biden. Angry and combative, Trump refused to denounce the QAnon conspiracy group — and only testily did so regarding white supremacists.

Celebrate Halloween with a virtual ‘Night of the Living Dead’