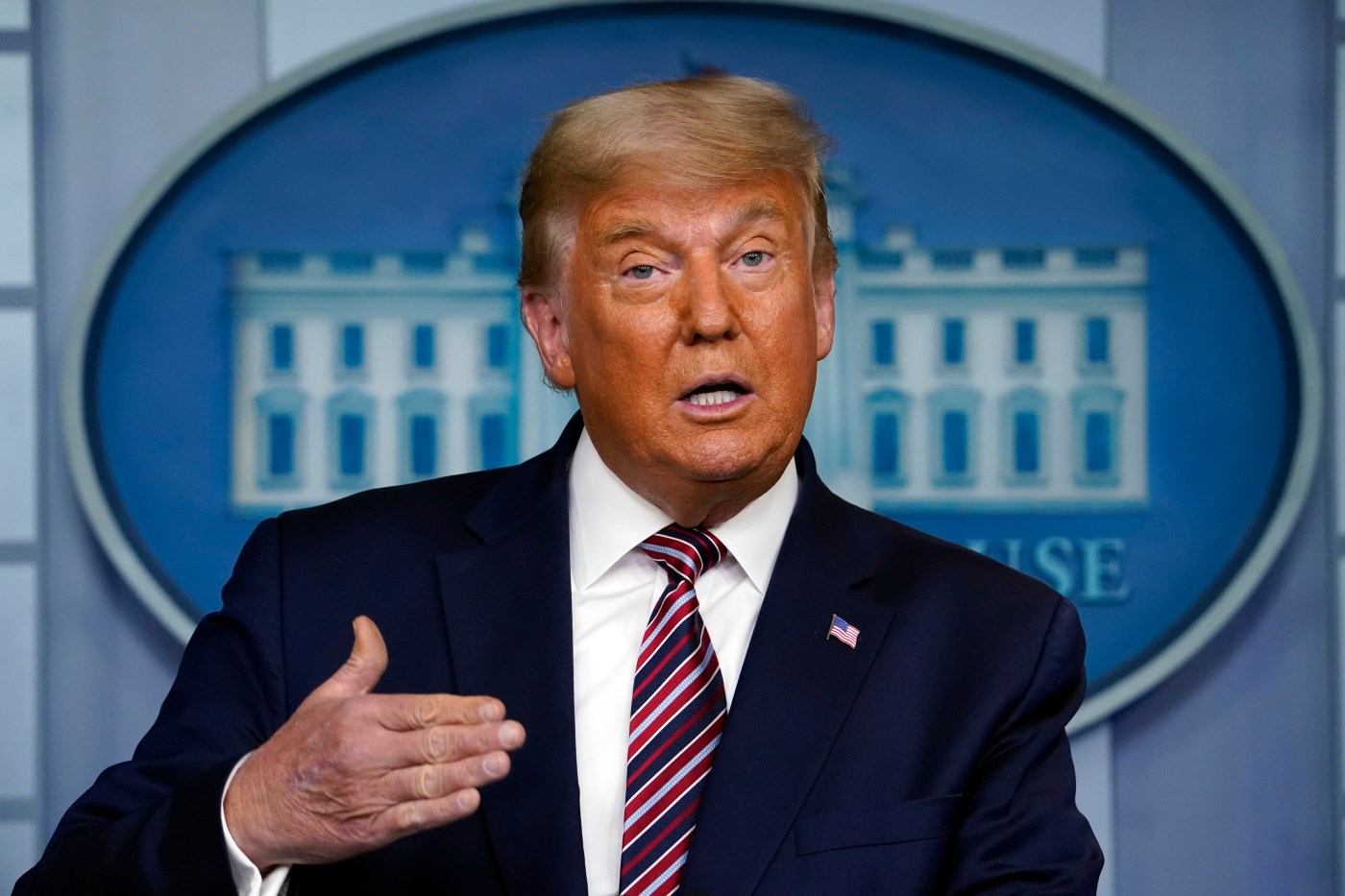 WASHINGTON — President Donald Trump is set to deliver his first public remarks Friday since his defeat by President-elect Joe Biden, as he seeks to highlight positive developments in the race for a vaccine for the resurgent coronavirus, even as he refuses to concede the election.

Trump is set to speak in the Rose Garden as the nation sets records for confirmed cases of COVID-19, hospitalizations near critical levels and fatalities climb to the highest levels since the spring.

Public health experts worry that Trump’s refusal to take aggressive action on the pandemic or to coordinate with the Biden team during the final two months of his presidency will only worsen the effects of the virus and hinder the nation’s ability to swiftly distribute a vaccine next year.

And as cases reach new heights, Trump’s campaign prediction that the U.S. was “rounding the turn” on the pandemic has met a harsh reality, with his own White House becoming the focus of yet another outbreak.

Trump’s aggressive travel despite the virus has taken its toll on his protectors as well. The U.S. Secret Service is experiencing a significant number of cases, many believed to be linked to his rallies in the closing days of the campaign, according to one official.

White House press secretary Kayleigh McEnany, meanwhile, said Trump is “not even at that point yet” when it comes to conceding to Biden. Trump has leveled baseless allegations of widespread voter fraud, even as his own administration has said there is no evidence to support the claims. His aides suggest he is merely trying to keep his base of supporters on his side in defeat.
Trump spoke with conservative media on Friday, including Fox News’ Geraldo Rivera, suggesting he would acknowledge the loss only after exhausting his legal options.

With more than 100,000 new confirmed U.S. cases reported daily for more than a week, Trump has been more focused on tracking the rollout of a vaccine, which won’t be widely available for months. He has fumed that Pfizer intentionally withheld an announcement about progress on its vaccine trial until after Election Day, according to a White House official who was not authorized to publicly comment and spoke on condition of anonymity. Pfizer said it did not purposely withhold trial results.

Although the president has consistently played down the pandemic, which has killed more than 240,000 Americans and infected more than 10 million people in the U.S., public health experts expressed worry about Trump’s silence on the troubling spike in cases, as well as his refusal to begin coordination on virus issues with Biden’s transition team.

“It’s a big problem,” said Dr. Abraar Karan, a global health specialist at Brigham and Women’s Hospital and Harvard Medical School. “The transition is not going to happen until January, and we are in a complete crisis right now. We already know where this is headed. … …read more