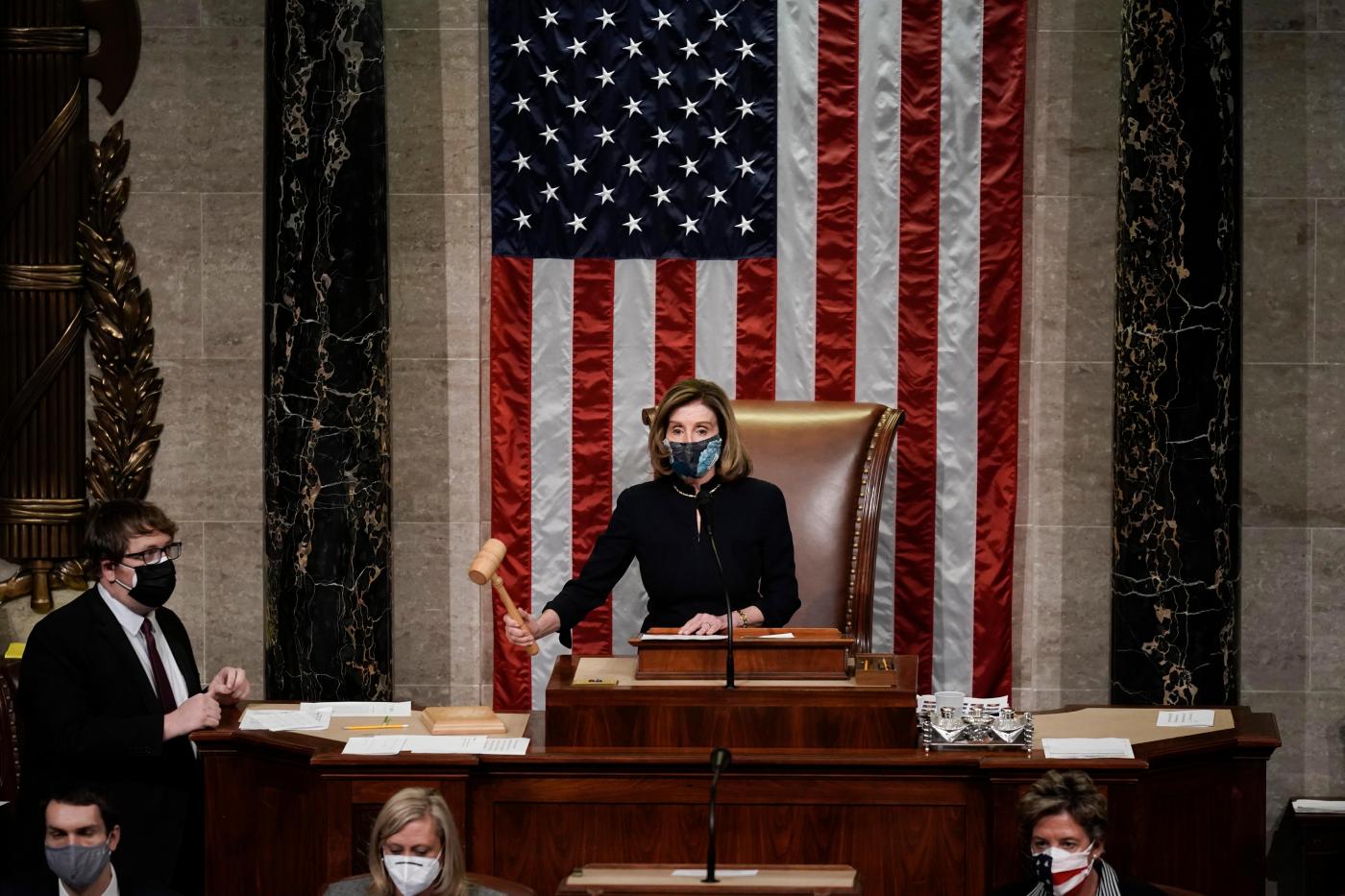 WASHINGTON (AP) — President Donald Trump’s impeachment trial could begin on Inauguration Day, just as Democrat Joe Biden takes the oath of office in an extraordinary end to the defeated president’s tenure in the White House.

The trial timeline and schedule are largely set by Senate procedures and will start as soon as the House delivers the article of impeachment. That could mean starting the trial at 1 p.m. on Inauguration Day. The ceremony at the Capitol starts at noon.

Trump was impeached Wednesday by the House over the deadly Capitol siege, the only president in U.S. history twice impeached, after a pro-Trump mob stormed the building. The attack has left the nation’s capital, and other capital cites, under high security amid threats of more violence around the inauguration.

House Speaker Nancy Pelosi has not said when she will take the next step to transmit the impeachment article, a sole charge of incitement of insurrection. Some senior Democrats have proposed holding back the article to give Biden and Congress time to focus on his new administration’s priorities.

Biden has said the Senate should be able to split its time and do both.

The impeachment trial will be the first for a president no longer in office. And, politically, it will force a reckoning among some Republicans who have stood by Trump throughout his presidency and largely allowed him to spread false attacks against the integrity of the 2020 election.

Senate Republican leader Mitch McConnell is open to considering impeachment, having told associates he is done with Trump, but has not signaled how he would vote.

Convening the trial will be among his last acts as majority leader, as two new senators from Georgia, both Democrats, are to be sworn into office leaving chamber divided 50-50. That tips the majority to the Democrats once Kamala Harris takes office, as the vice president is a tie-breaker.

In a note to colleagues Wednesday, McConnell said he had “not made a final decision on how I will vote” in a Senate impeachment trial.

With the Capitol secured by armed National Guard troops inside and out, the House voted 232-197 on Wednesday to impeach Trump. The proceedings moved at lightning speed, with lawmakers voting just one week after violent pro-Trump loyalists stormed the Capitol, egged on by the president’s calls for them to “fight like hell” against the election results.

Ten Republicans fled Trump, joining Democrats who said he needed to be held accountable and warned ominously of a “clear and present danger” if Congress should leave him unchecked before Democrat Joe Biden’s inauguration Jan. 20. It was the most bipartisan presidential impeachment in modern times, more so than against Bill Clinton in 1998.

The Capitol insurrection stunned and angered lawmakers, who were sent scrambling for safety as the mob descended, and it revealed the fragility of the nation’s history of peaceful transfers of power.

Pelosi invoked Abraham Lincoln and the Bible, imploring lawmakers to uphold their oath to defend the Constitution from all enemies, foreign “and domestic.”

She said of Trump: …read more