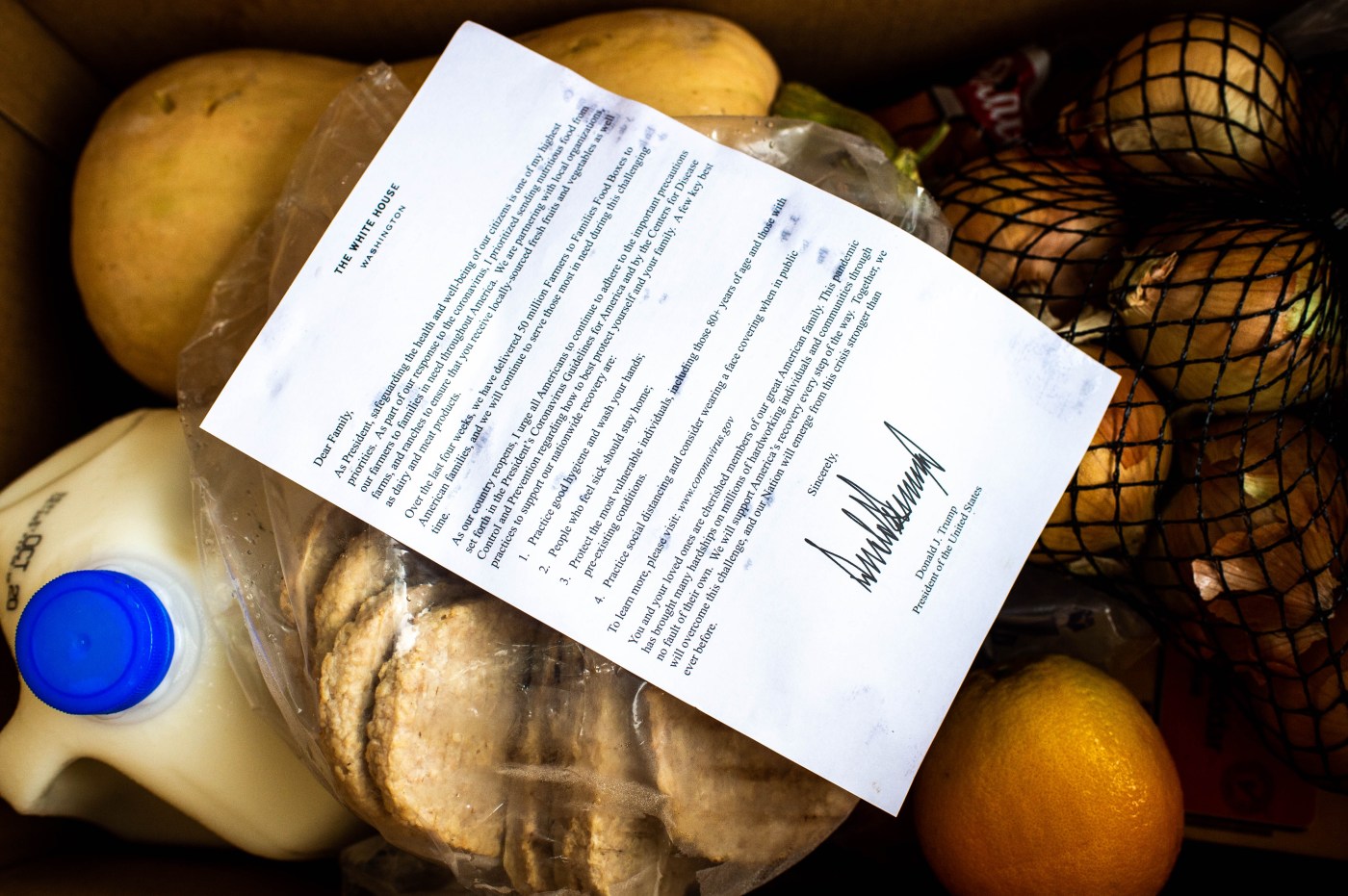 The freshly shipped packages contain cartons of eggs, jugs of milk, cheese, butter and meat, paired with hearty basics such as potatoes and onions.

They are “super high-quality,” Manny Flores, executive director of North Valley Caring Services, said of the federally funded food pack they have been handing out over the past few months to families sitting in long car lines that loop weekly around an entire commercial block.

Even with the North Hills food pantry’s best efforts to assemble their own, well-curated boxes of surplus fresh foods from donors, their own offerings often don’t reach the level of the food sent by the U.S. Department of Agriculture.

Unlike the usual fare available to charity pantries, these shipments contain items that seem like they could go directly to markets to be sold, Flores said.

For the past few months, their pantry and its squad of 60 good-hearted volunteers have been among the many across the country receiving and handing out boxes from the $4 billion Farm to Families program, created to take food from distributors who can no longer send them to restaurants to instead aid families struggling during the pandemic.

But seemingly out of the blue, an unusual addition started appearing in the boxes shipped in the past two weeks. Tucked inside the boxes was a letter printed with President Donald Trump cardiogram-like signature at the bottom.

Thamys Bertoldi, 26, of Van Nuys read the letter, an encouraging message from the United States president, when she found it inside her box last week.

Her family has appreciated the boxes of food as they struggle through the pandemic. To keep her family safe, she said she had to stop working.

“My grandparents have low immune system, and I live with them,” she said. “I can’t risk bringing the virus home.”

Bertoldi found the letter innocuous, and said since Trump is the president, he has the right to send constituents a letter if he wants.

But the timing of its inclusion in the boxes, only a few weeks before the presidential election, has caused a stir among others.

Flores said the effect of the letter was immediate. Their pantry last week began receiving calls from irate recipients who wondered if this was an attempt by their pantry to give Trump a political advantage, just a few weeks before the Nov. 3 general election.

In a press release in early September, promoting the food box program, the White House mentioned that a letter would be included that “reinforces COVID-19 safety guidelines and how Americans can best protect themselves and their families.”

While some officials, like Austin Beutner, have suggested the letter might violate the Hatch Act, some food distributors have not challenged the letters because of what is actually written in them.

David May, a spokesman for the Los Angeles Regional Food Bank said their organization did not directly consult with an attorney on the legality of the letter, but was told by Feeding America, the national network of food banks to which his organization belongs, “that the letter does not …read more