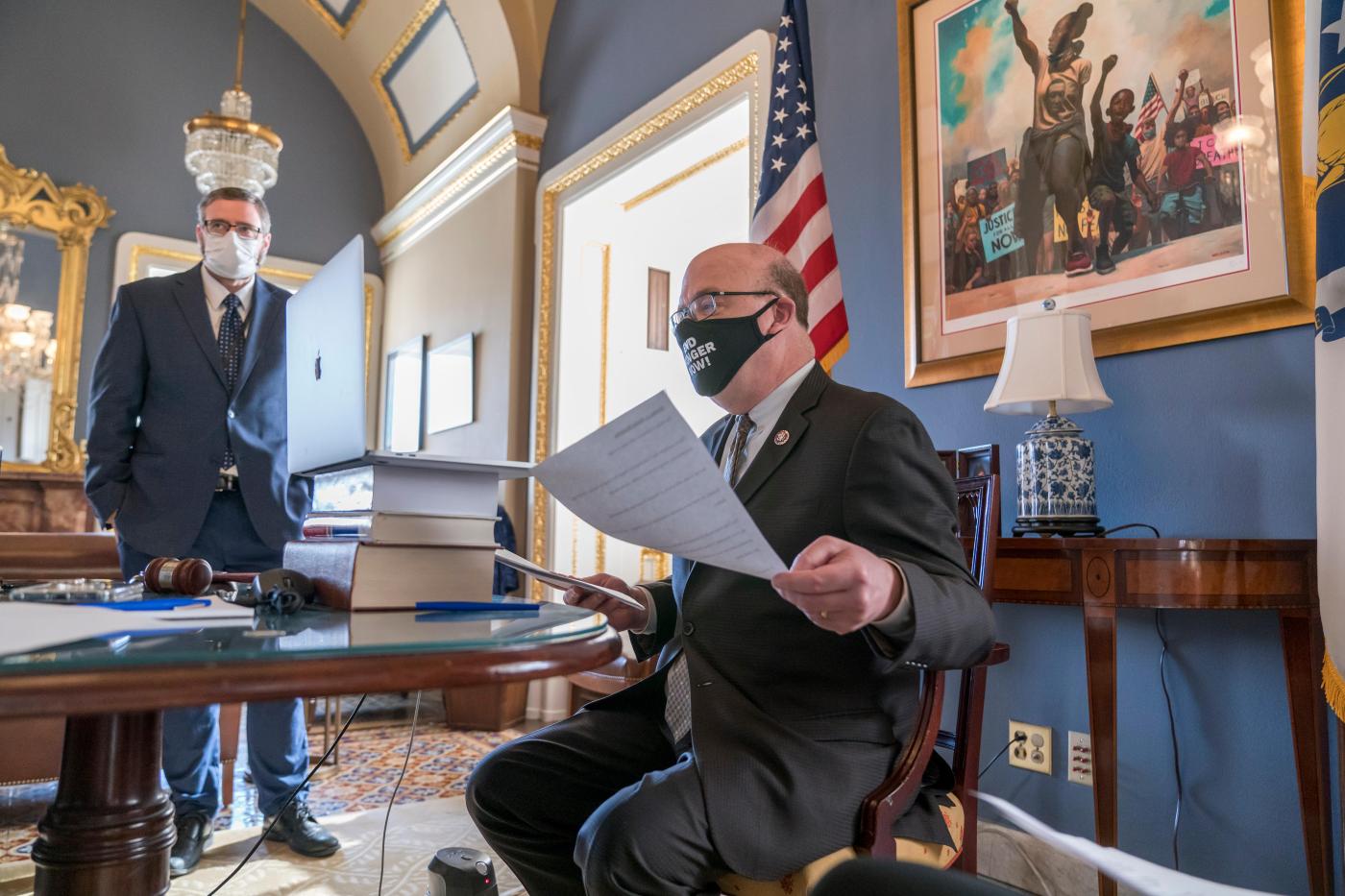 WASHINGTON (AP) — President Donald Trump was on the verge of being impeached for a second time just a week after he encouraged loyalists to “fight like hell” against election results and then a mob of his supporters stormed the U.S. Capitol. Voting on an article of impeachment for “incitement of insurrection” was underway Wednesday afternoon.

During debate before the vote, House Speaker Nancy Pelosi asked Republicans and Democrats to “search their souls.. Trump would be the first American president to be impeached twice.

Trump “must go,” Pelosi said. “He is a clear and present danger to the nation we all love.”

Still, McConnell did not rule out voting to convict Trump in the event of a trial. In a note to his fellow Republican senators just before the House was to begin voting, he said he is undecided.

“While the press has been full of speculation, I have not made a final decision on how I will vote and I intend to listen to the legal arguments when they are presented to the Senate,” McConnell wrote.

In the House, the momentum for action has been unstoppable.

The impeachment proceedings came one week after a violent, pro-Trump mob breached the U.S. Capitol, sending lawmakers into hiding and revealing the fragility of the nation’s history of peaceful transfers of power. The riot has also forced a reckoning among some Republicans, who have stood by Trump throughout his presidency and largely allowed him to spread false attacks against the integrity of the 2020 election.

Pelosi: If Congress members aided the attack, prosecute them

While Trump’s first impeachment in 2019 brought no Republican votes in the House, at least seven House Republicans were breaking with the party to join Democrats this time, saying Trump violated his oath to protect and defend U.S. democracy. Among them was Wyoming Rep. Liz Cheney, the third-ranking Republican in the House and the daughter of former Vice President Dick Cheney.

As two Republican lawmakers — Washington Reps. Dan Newhouse and Jaime Herrera Beutler — announced on the floor they would vote to impeach, Trump issued a new statement urging “NO violence, NO lawbreaking and NO vandalism of any kind.” But he has repeatedly declined to take any responsibility for last week’s riots.

House Republican Leader Kevin McCarthy said for the first time that Trump does bear responsibility, acknowledging on the House floor before the vote that Biden is the next president and that radical liberal groups were not responsible for the riots, as some conservatives have falsely claimed.

But McCarthy said he opposed impeachment, instead favoring a “fact finding commission” and censure.

As for threats of more trouble from intruders, security was exceptionally tight at the Capitol with shocking images of massed National Guard troops, secure perimeters around the complex and …read more