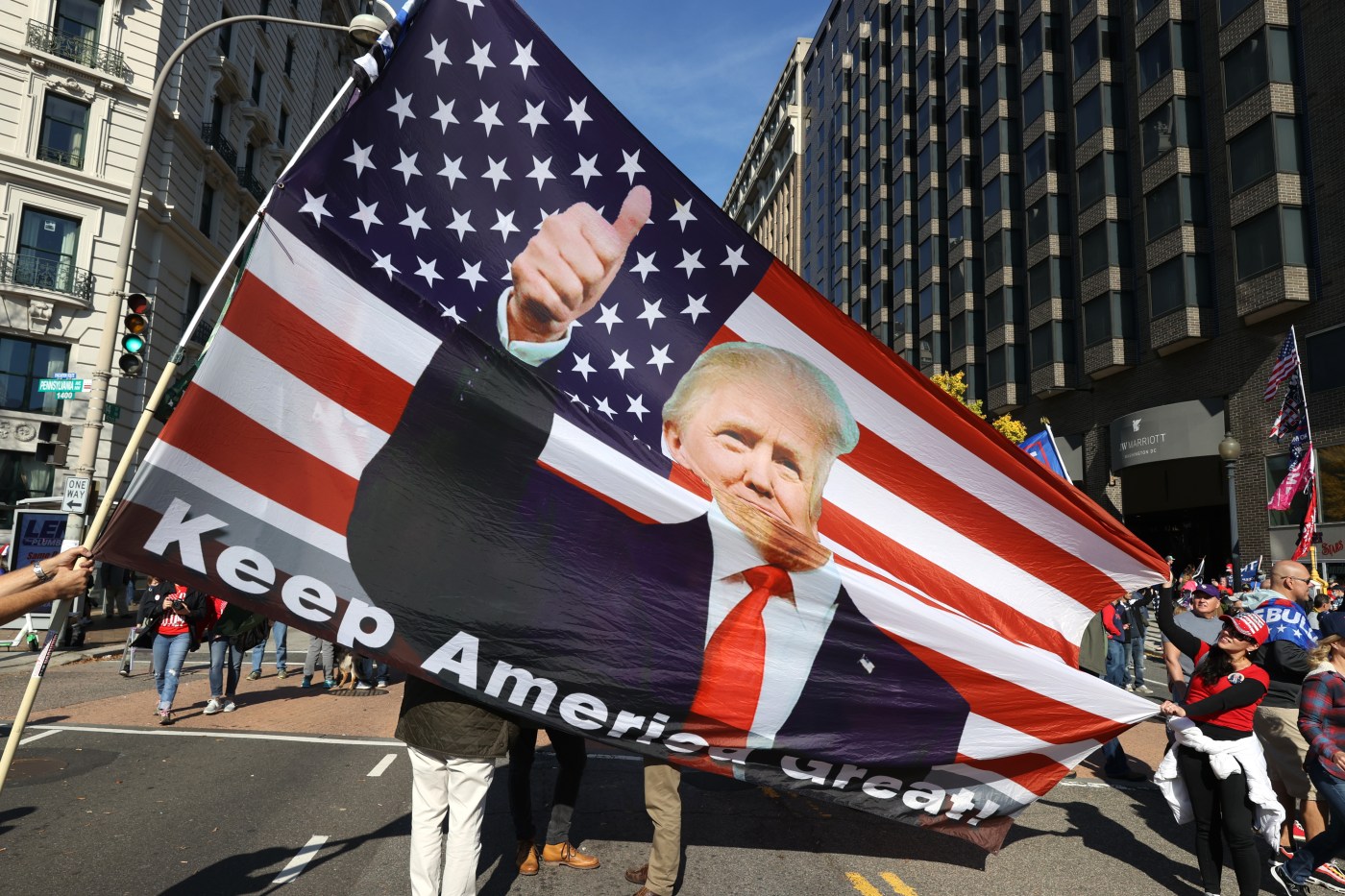 WASHINGTON – Thousands of President Donald Trump’s supporters marched in Washington on Saturday to back his unsubstantiated claims of election fraud as he pushes ahead with a flurry of longshot legal challenges to overturn President-elect Joe Biden’s victory.

Trump has made little headway in the courts with his lawsuits and for the first time on Friday he began to sound doubtful about his prospects, telling reporters “time will tell” who occupies the White House from Inauguration Day on Jan. 20.

Flag-carrying Trump supporters, some chanting “Stop the steal!” and “We are the champions!,” streamed into a rallying point at Freedom Plaza near the White House in downtown Washington and were due to head toward the U.S. Supreme Court building.

The demonstrations in Washington and other cities featured a mix of the president’s backers, including conservative personalities as well as members of the far-right Proud Boys group and Oath Keepers militia in a public display of support for his effort to stay in power.

Trump’s motorcade briefly drove slowly through the crowds on his way from the White House to his golf course in Sterling, Virginia. Flag-waving supporters chanted “USA!” and “Four more years!” as the cars rolled by. Outside the course, anti-Trump demonstrators waved signs including, “We voted – You’re Fired.”

As the marches kicked off, Biden told reporters in Delaware that he was getting closer to forming his Cabinet.

Organizers have given the pro-Trump rallies various names, including the Million MAGA March, the March for Trump and Stop the Steal. MAGA is an acronym for the Trump campaign slogan “Make America Great Again.” Trump has tweeted his support.

Protesting against the marches, opponents on social media sought to create confusion by flooding the hashtags #MillionMAGAMarch and #MarchforTrump with photographs of pancakes. Some left-wing groups planned counter-demonstrations in Washington and other cities.

Biden further solidified his victory on Friday as results from Edison Research showed him winning Georgia, giving him a final tally of 306 Electoral College votes, far more than the 270 needed to be elected president and above Trump’s 232.

The 306 votes was equal to Trump’s tally in his 2016 victory over Hillary Clinton, which at the time he called a “landslide.”

Trump briefly appeared close to acknowledging the likelihood he will be leaving the White House in January during remarks about the coronavirus response at a White House event on Friday.

“This administration will not be going to a lockdown. Hopefully the, uh, whatever happens in the future – who knows which administration it will be? I guess time will tell,” Trump said in his first public remarks since Biden was projected as the election’s winner.

With the election outcome becoming clearer, Trump has discussed with advisers possible media ventures and appearances that would keep him in the spotlight ahead of a possible 2024 White House bid, aides said.

His supporters were fired up on Saturday.

Mike Seneca stood near Freedom Plaza with his dog Zena, a King Corso who he clad in a red tee shirt emblazoned with “All American Dog,” said he was backing …read more