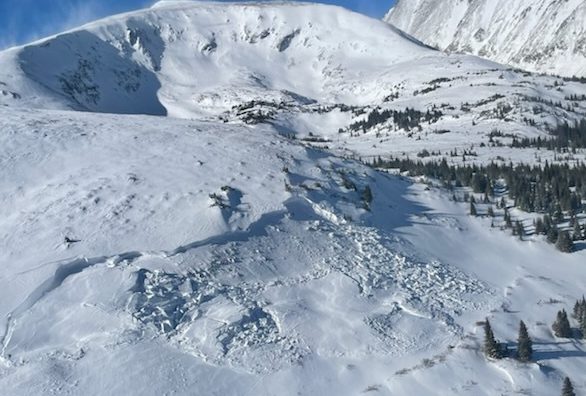 Two Summit County snowshoers and a dog were buried and killed by an avalanche on Saturday.

According to the Colorado Avalanche Information Center, the party triggered the snow slide around noon on Saturday.

The Summit County Sheriff’s office and volunteers from the Summit County Rescue Group and Flight for Life began searching areas west of Hoosier Pass after the party was overdue for a check-in. Officials found an avalanche on a flank of North Star Mountain, between Breckenridge and Fairplay.

An avalanche rescue dog located the two hikers and their dog, all buried beneath avalanche debris and dead.

CAIC reports that the avalanche broke about 400 feet wide ran about 250 vertical feet.

Authorities will visit the site on Monday for a more in-depth investigation.