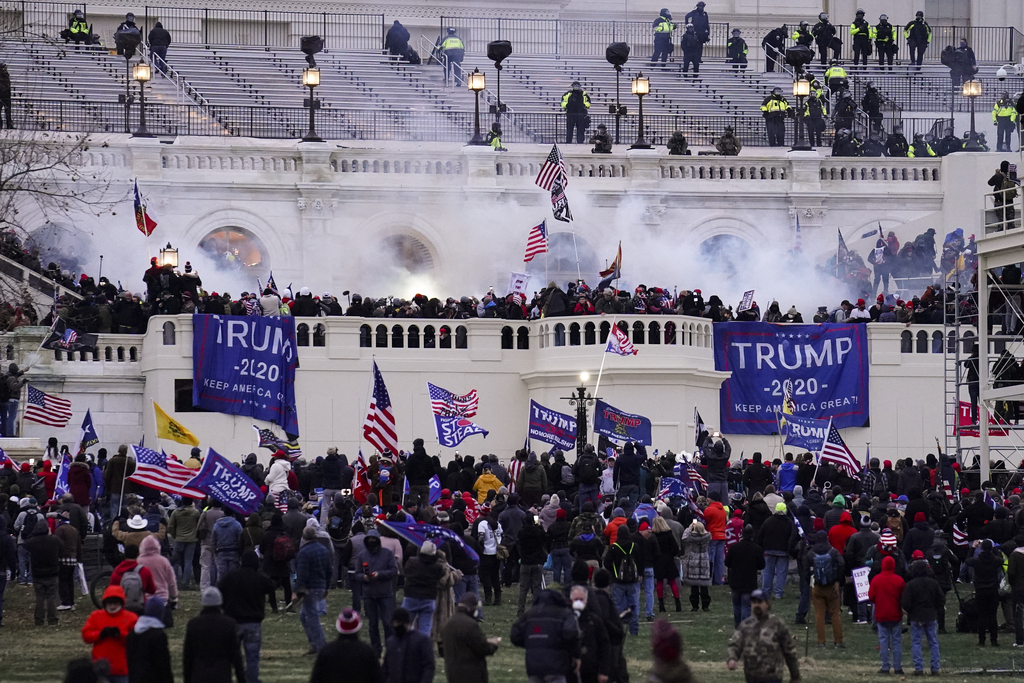 WASHINGTON – A federal grand jury indicted nine associates of the “Oath Keepers” militia on Friday for conspiring to storm the Capitol on Jan. 6 to prevent Congress from certifying President Joe Biden’s election victory, adding to a list of defendants with ties to the far-right anti-government group.

The remaining three defendants – Thomas Caldwell, Jessica Watkins and Donovan Crowl – were previously indicted for conspiracy in January. In the latest version of the indictment, the government filed additional charges against Caldwell for tampering with evidence by deleting his Facebook posts.

Caldwell and Watkins have pleaded not guilty. Crowl has not yet entered a plea.

The indictment alleges that the group conspired as far back as November to storm the Capitol, and extensively planned for a military-style attack that even contemplated staging an armed “quick reaction force” outside the city that would be ready to move if ordered by then President Donald Trump.

According to the indictment, Kelly Meggs is a self-described leader of the Florida chapter of the Oath Keepers.

More than 200 people have been charged so far for their roles in the Capitol riots that left five people dead and caused members of Congress to flee.

The FBI has been investigating whether far-right fringe groups such as the Oath Keepers and Proud Boys conspired in advance to impede the election certification.

So far, at least 18 associates of the Proud Boys have been charged for roles in the riots.

The remaining defendants are due to appear in federal courts in Florida and North Carolina next week.