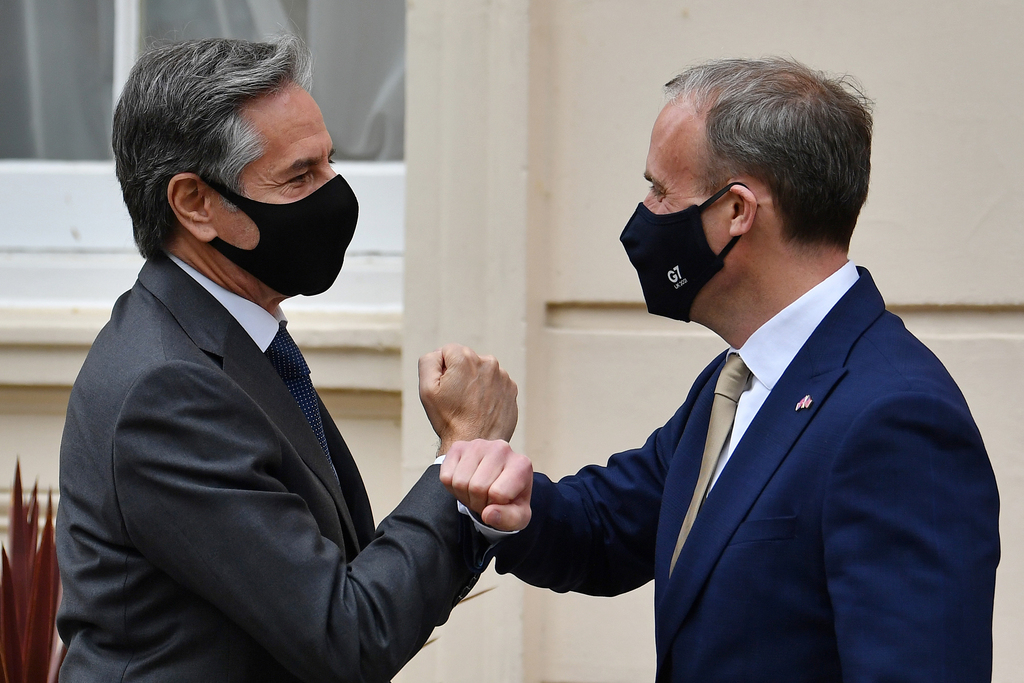 LONDON — The U.S. and the U.K. dismissed reports coming out of Iran that they are thrashing out a prisoner exchange deal with Tehran that could see the imminent release of a British-Iranian woman, Nazanin Zaghari-Ratcliffe, and four Americans, among others.

Iran was a key topic of discussions Monday between U.S. Secretary of State Antony Blinken and his host in London, British Foreign Secretary Dominic Raab. Their meeting took place a day before the first face-to-face meeting of foreign ministers from the Group of Seven leading industrial nations in two years, largely due to the coronavirus pandemic. Iran, Ukraine, China, Russia, climate change and COVD-19 are expected to dominate the talks.

Blinken’s visit to London, his first since being appointed by President Joe Biden, comes amid mounting speculation of a prisoner swap deal with Iran. Such exchanges are not uncommon and were a feature of the 2015 nuclear accord between Iran and the world’s leading powers. Biden has indicated he is looking to restart nuclear talks with Tehran after his predecessor, Donald Trump, pulled the U.S. out of the agreement in 2018.

“The reports coming out of Tehran are not accurate,” Blinken said at a media briefing after their meeting, adding that he had “no higher priority” than bringing all detained Americans home.

“More broadly on this, we have to take a stand against the arbitrary detention of citizens for political purposes,” he said.

Raab also dismissed the prospects of an imminent breakthrough amid reports in Iran that Britain would pay a $550 million debt to secure Zaghari-Ratcliffe’s release. He insisted that the British government was working “very intensively” on the release of detained British citizens in Iran.

“I would say it’s incumbent on Iran unconditionally to release those who are held arbitrarily and in our view unlawfully,” Raab said.

In Britain, there’s particular interest in the well-being of Zaghari-Ratcliffe, who was last week sentenced to an additional year in prison on charges of spreading “propaganda against the system.”

The two diplomats discussed an array of subjects, such as sanctions on Russian citizens, climate change and Biden’s decision to withdraw U.S. troops from Afghanistan later this year, a process that began in earnest over the weekend. Russia and its aggressive actions toward Ukraine were also on the agenda, with Blinken set to travel to the Ukrainian capital of Kyiv on Wednesday.

Biden is also set to take a new approach with regard to North Korea following a policy review completed last week. Blinken, who met in London with his Japanese and South Korean counterparts earlier Monday, said the new approach will be “practical and calibrated” and urged the leadership in Pyongyang to “take the opportunity to engage diplomatically.”

On Tuesday, the top diplomats from the full G-7 — Canada, France, Germany, Italy, Japan, the U.K. and the U.S. — will meet along with their foreign minister colleagues from selected other countries, including Australia, India and South Africa.

Ahead of the gathering, German Foreign Minister Heiko Maas warned that “authoritarian states” around the world are “trying to …read more