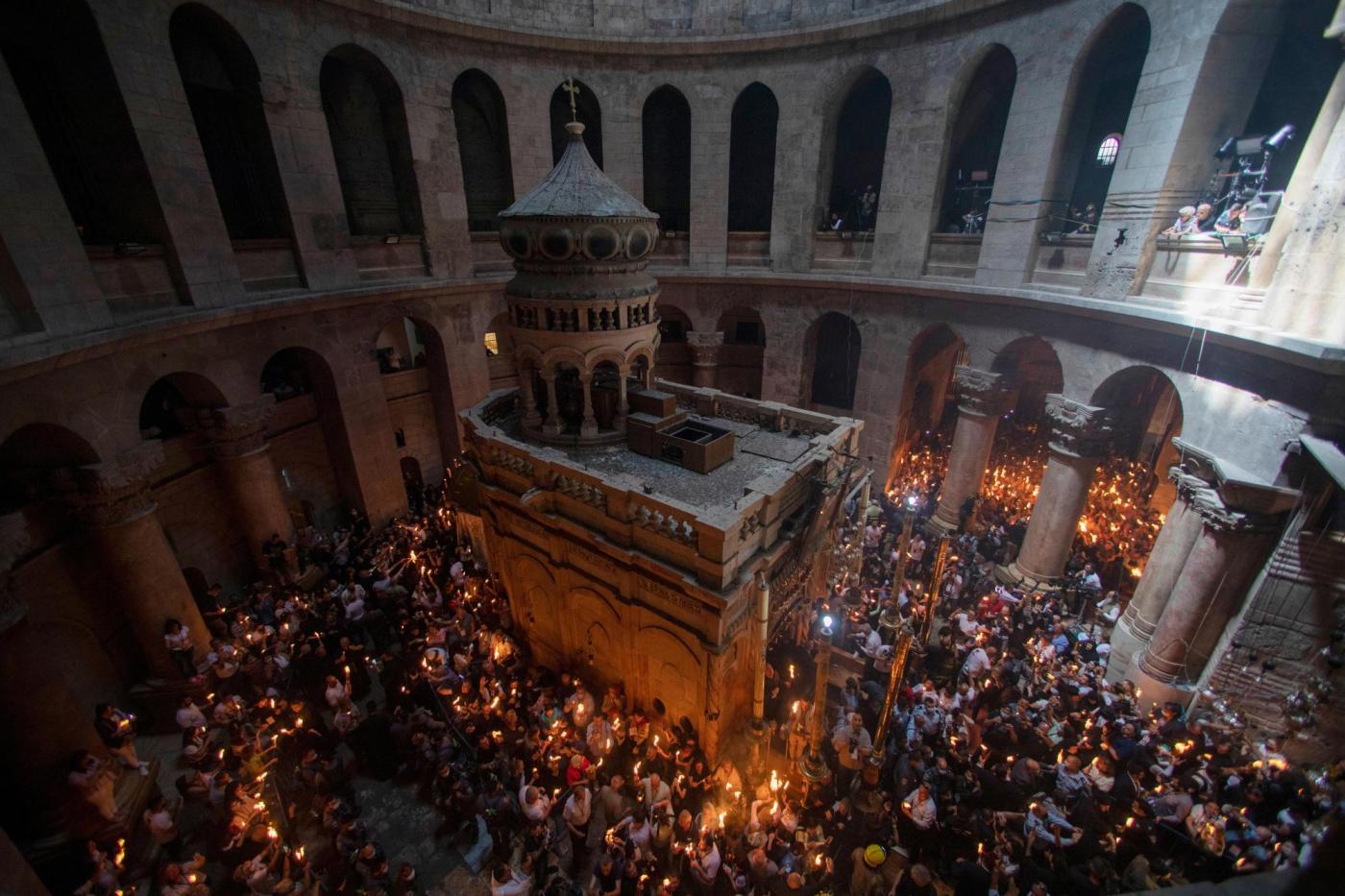 JERUSALEM (AP) — Hundreds of Christian worshippers made use of Israel’s easing of coronavirus restrictions Saturday, packing a Jerusalem church revered as the site of Jesus’ crucifixion and resurrection for an ancient fire ceremony a day before Orthodox Easter.

The faithful gathered at The Church of the Holy Sepulchre, waiting for clergymen to emerge with the Holy Fire from the Edicule, a chamber built on the site where Christians believe Jesus was buried and rose from the dead after being crucified.

Only a few people in the church wore masks, and there was no distancing. Entry was restricted to those who were fully vaccinated.

As bells rang and the top clerics from different Orthodox denominations appeared, the worshippers scrambled to light their candles and pass the fire on. Within a minute, the imposing walls of the old church glowed. The source of the flame is a closely guarded secret.

The scene at the church was a stark contrast to last year’s, when only a handful of religious leaders held the centuries-old ceremony in a near-empty setting enforced by the coronavirus pandemic.

Israel has significantly lifted most restrictions, including mask-wearing in public, after a world-leading vaccination drive. However, air travel to the country remains limited and requiring quarantine.

In normal years, Christian holidays, including Christmas and Easter, draw tens of thousands of tourists and pilgrims to holy sites in Jerusalem and Bethlehem.

Many countries will be restricting normal Orthodox Easter celebrations. Neighboring Lebanon for example went into a round-the-clock curfew to curb the spread of coronavirus, from Saturday until Tuesday morning. Churches will be allowed to hold Easter mass and prayers only at 30% capacity, and require special permits.

In Egypt, home to the Middle East’s largest Christian community, primarily of the Coptic denomination, churches were told to limit attendance to 25% or less.

Worshippers in Cairo’s Coptic cathedral wore face masks and sat a meter apart in pews to mark the start of the celebration on Saturday evening.

At least 28 dead after stampede at Israeli religious festival

For them, the holiday comes at the end of a 55-day fast where no meat, fish or dairy is eaten. This year it partially overlapped with Ramadan, the month-long Muslim fast that lasts from sunup to sundown. The communal rituals and family gatherings around the holy days have sparked worries with some experts that they could lead to …read more

Marvel Studios & Disney+ | SUPER BOWL 2021 | Promo
Miss Manners: How should I respond to insults about my vaccinations?
SHARES
ShareTweet