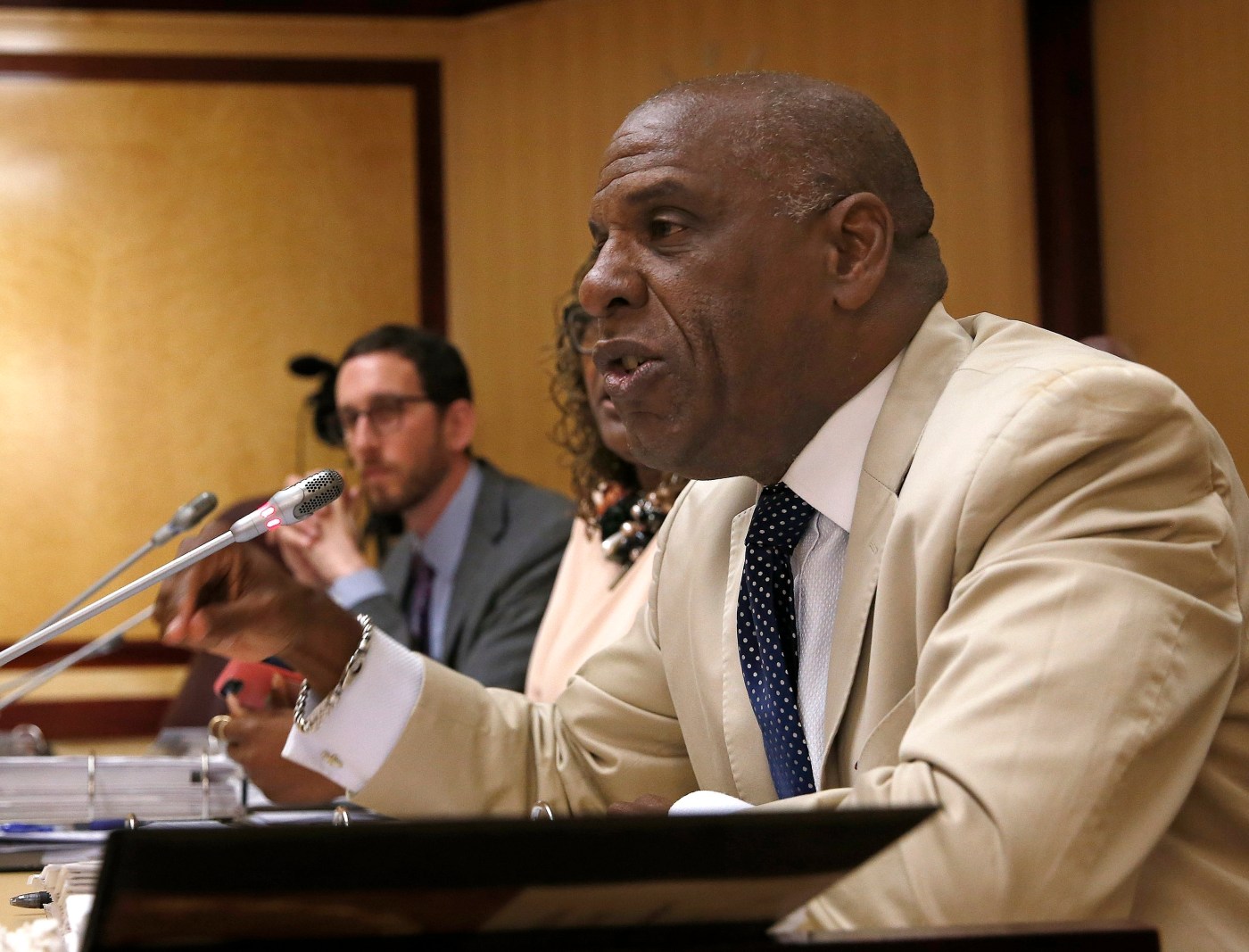 Whatever else the California Legislature did or didn’t do this year, it finally — and very belatedly — took a long-needed step toward ridding the state of bad cops who victimize people they are supposed to be serving and taint their honorable profession.

Last week, after years of unsuccessful efforts to punish errant officers, the Legislature approved a bill creating a process for lifting the certifications — in essence, their licenses — that allowed them to continue wearing badges.

It made no sense that officers fired from one department for bad conduct could keep their certifications and find jobs elsewhere. But while the state has for many years de-licensed doctors, lawyers and other professionals proven of misconduct, it lacked authority to move against cops — one of only four states with that obvious regulatory gap.

The lack of a decertification process testified to the immense political clout that law enforcement unions have wielded in the Capitol.

For decades, the unions and politicians of both parties have maintained a mutually beneficial charade. Governors and legislators would provide what the cops wanted, such as high pension benefits and special protections from oversight and discipline, and in return the unions would trumpet politicians as supporters of law and order.

Recently, however, a surge of very questionable police killings, particularly those of Black men, fueled demands for reform, including punishment of cops who are needlessly violent.

In 2018, only a couple of miles from California’s Capitol, Stephon Clark, who was suspected of vandalizing cars, died in a fusillade of bullets fired by two Sacramento officers who erroneously thought they saw a gun in his hand.

Thousands of migrants camp under a bridge in Texas

Clark’s death touched off massive protests in Sacramento and demands for reform after the local district attorney declared that the shooting was justified under state law.

The Clark incident generated enough backlash that San Diego Assemblywoman Shirley Weber (now California’s secretary of state) persuaded her fellow legislators and Gov. Gavin Newsom to change the law governing police use of deadly force, limiting it to protecting officers or others from death or serious injury.

The political heat was turned up even more after last year’s infamous death of George Floyd with Minneapolis Officer Derek Chauvin’s knee on his neck. It triggered a nationwide reaction and eventually resulted in Chauvin’s murder conviction and imprisonment.

The furor over the Floyd case gave state Sen. Steven Bradford some additional momentum for his drive to decertify bad cops. Bradford, a San Pedro Democrat, couldn’t get legislation passed in 2020, thanks to opposition from police unions and other law enforcement groups, but he succeeded this year after softening some provisions of his measure, Senate Bill 586, just before final votes.

Under the revised bill, California’s Commission on Peace Officer Standards and Training (POST) would be empowered to strip an officer’s certification, but only on a two-thirds vote and after an advisory board recommended the action.

Bradford hailed SB 586 as “the first of its kind in California.” However, the law enforcement groups remain opposed and advocates of reform are concerned that it requires too many hoops to be as effective as they want.

The state’s other licensing …read more