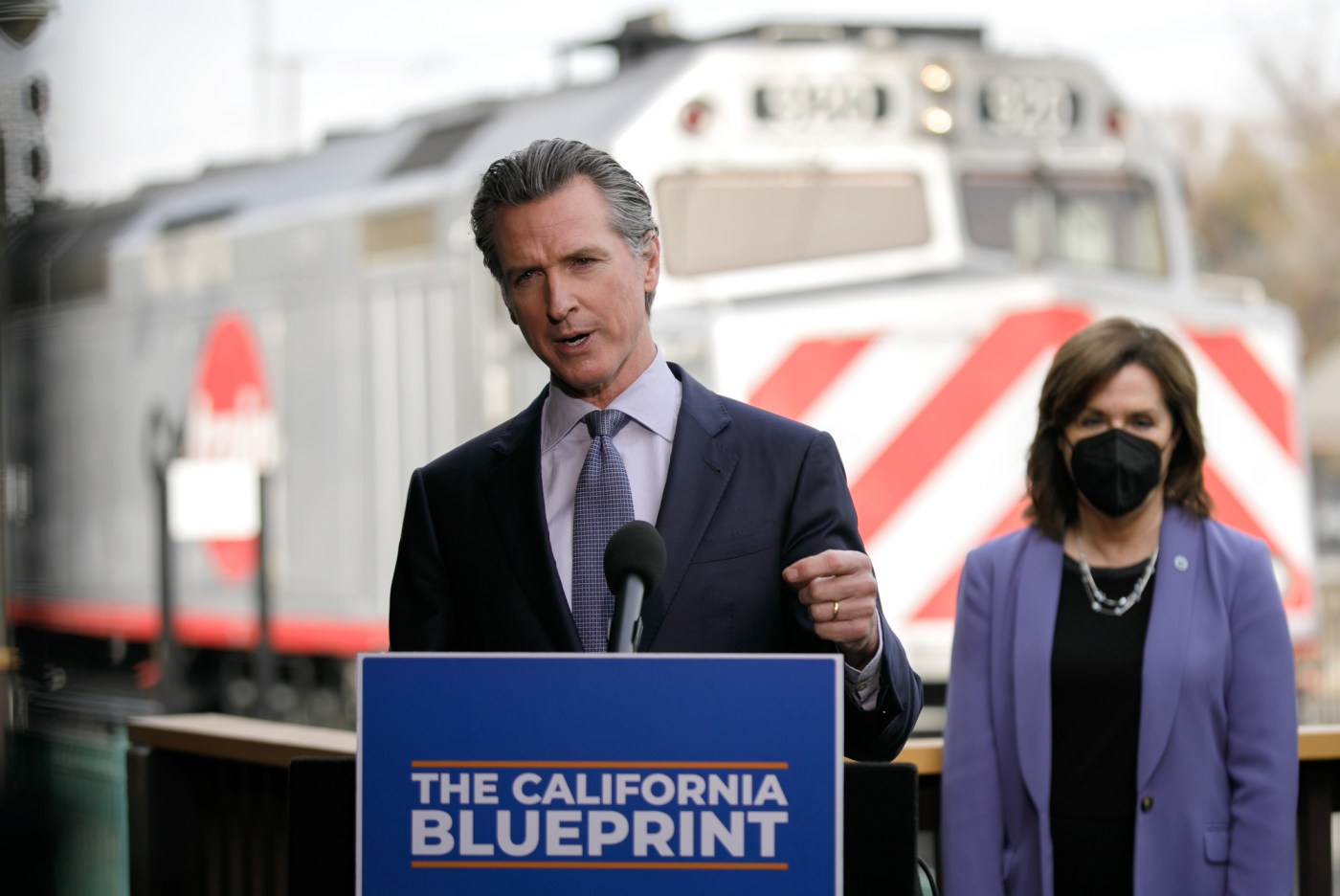 The early passages in a 400-page “summary” of Gov. Gavin Newsom’s new budget describe the presumably wonderful ways he intends to spend nearly $300 billion in the 2022-23 fiscal year.

They include what he clearly hopes will make a re-election year splash and become one of his legacies – extending state medical coverage to 100% of California’s nearly 40 million residents by folding in undocumented immigrants ineligible for federally financed care.

During a nearly three-hour news conference in which he showed off his prodigious memory of data, Newsom also touted new spending on five “existential threats” to California, including climate change, COVID-19, homelessness, the cost of living and crime.

New commitments are doable, he said, because of tens of billions of unanticipated tax dollars, largely from the state’s highest-income taxpayers, who are seeing huge profits on stocks and other investments.

The back pages of the budget summary explain why Newsom believes that the overall economy, and particularly the personal finances of the wealthy, will continue to pump billions into the state treasury for at least a few more years.

The rosy scenario begins with an assumption that the COVID-19 pandemic, despite the sharp surge by its omicron strain, will diminish.

“The public health situation is the linchpin of the economic forecast,” the budget declares. “The forecast does not assume the emergence of a disruptive variant, which could lead to a delayed return to pre-pandemic labor force participation, persistent high inflation, and continued supply chain bottlenecks.”

The budget “projects continued real GDP growth throughout the forecast period and recovery to pre-pandemic levels of nonfarm employment by the end of 2022,” but adds, “Structural (non-pandemic) downside risks to the forecast remain, including the challenges of an aging population, declining migration flows, lower fertility rates, higher housing and living costs, increasing inequality, and stock market volatility.”

That last caveat, “stock market volatility,” is the real potential kicker. The top 1% of California taxpayers are providing at least 50% of the state’s income tax revenues and their taxable incomes are largely tied to the stock market, which has surged recently, thanks largely to the Federal Reserve System’s very low interest rates.

Were interest rates to be raised significantly to battle inflation, it would have an adverse effect on the stock market and, in turn, on California’s income tax revenues.

With California having such a narrow revenue base in a relative handful of high-income taxpayers and their taxable incomes being rooted in stocks and other investments subject to wide swings of value, any long-term revenue estimates are educated guesses at best.

It’s called “volatility,” a syndrome that has backfired on California’s budget more than once.

“No one is naïve about the volatility of the tax system,” Newsom said Monday, contending that careful spending and building reserves guard against the boom-and-bust conditions that have afflicted the state in past years.

His budget declares that “the state’s budget resilience is stronger than ever: the result of building reserves, eliminating budgetary debt, reducing retirement liabilities, and focusing on one-time spending over ongoing investments to maintain structurally balanced budgets over the long term.”