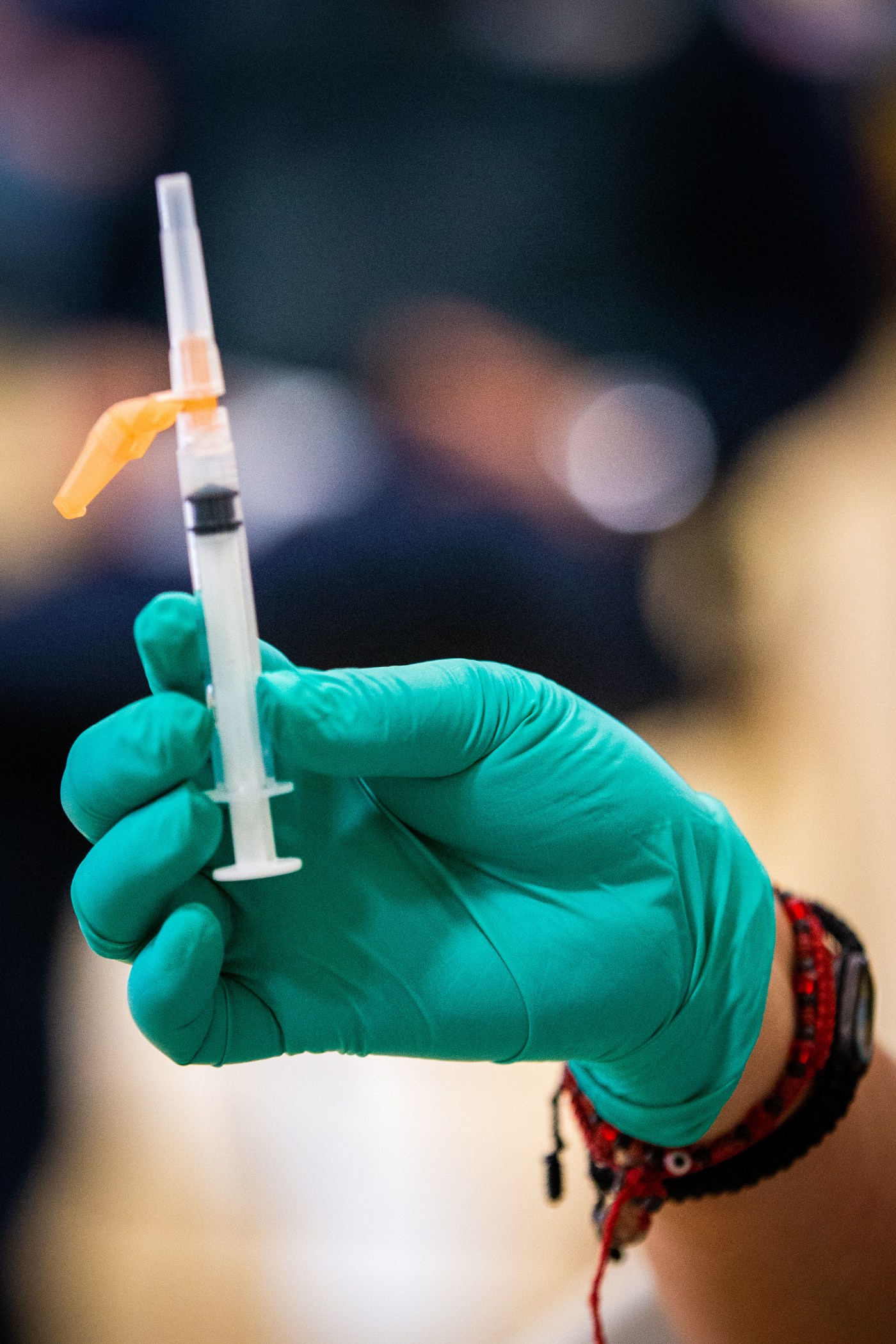 Anxious for a COVID shot? The state will open appointments up to everyone in another week, but you may not even have to wait that long — if you’re willing to drive a few extra miles to get the jab.

A handful of vaccination sites, faced with a surplus of shots, have opened their doors wide to all adults, regardless of age, employment status, medical history or where they live. All adults 16 and older will be eligible starting April 15, but until then, demand for vaccinations and rules for who can get one vary widely from county to county and even clinic to clinic. That means finding an appointment has turned into something of an Easter egg hunt for determined Bay Area vaccine seekers, many of whom are too desperate to wait another week or worry shots will become even harder to come by once everyone in the state is eligible. Plus, the state has confirmed it expects its supply of vaccines to drop in the coming weeks, likely slowing first-dose appointments and adding to the anxiety.

UC Davis Medical Center this week began offering vaccines to all California residents 16 and older after as many as 1,500 appointments were going unused each day.

“We decided it was better to fill those appointments with people eager to be vaccinated, rather than leave slots unfilled as we waited for the calendar to turn to April 15,” spokeswoman Tricia Tomiyoshi wrote in an emailed statement. “Every vaccination is a step closer to ending this pandemic.”

‘You can win these cases’: Could the Derek Chauvin verdict spur more charges against police?

The response was “overwhelming” and appointments quickly filled up, including people coming from outside Sacramento County, though UC Davis isn’t tracking how far anyone is driving. The center has since added more slots.

The hope of going away to college, returning to sports, and traveling again has motivated the younger generations to get the #COVID19 vaccine. We began vaccinating anyone aged 16 and older this week and are thrilled by the positive response we have seen. pic.twitter.com/Qu6O2gqJ7X

In other places, officials are removing age restrictions — but only for local residents.

Alameda County is offering COVID shots to all adults who live in a dozen ZIP codes hit hard by the virus, regardless of ‘ age or occupation. Those ZIP codes include neighborhoods in East Oakland, West Oakland, Hayward and San Leandro.

“Many of our essential, frontline workers and their families live in these priority ZIP codes—often in crowded and multigenerational households,” Neetu Balram, spokeswoman for the Alameda County Public Health Department, wrote in an email. “This approach helps us reach our equity goals and serve communities that have borne a disproportionate burden throughout the pandemic.”

A Santa Clara County representative said residents 16 and older could sign up starting Thursday for next week’s appointments — but some who tried reported problems and a lack of openings.

And Fresno County on Thursday opened vaccinations to everyone 16 and older, citing a lull in demand, The Fresno Bee