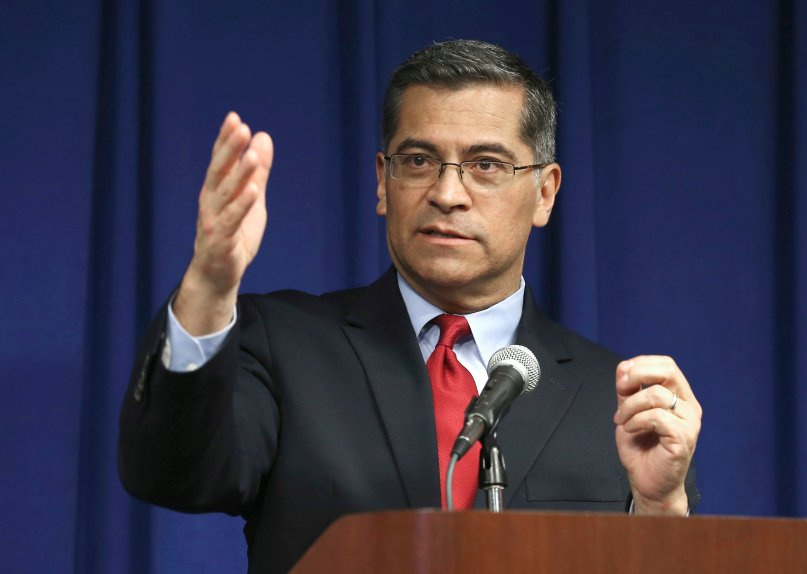 The evolving partisan battle over ballot drop boxes took another confusing turn Friday as the state’s top election and law enforcement officials — both Democrats — tried to reassure voters that Republican Party officials had removed unofficial boxes after receiving a cease and desist letter.

“There was a big election security vulnerability that these boxes presented that seems to have been removed,” California Secretary of State Alex Padilla said.

Yet even as Padilla and Attorney General Xavier Becerra announced the supposed agreement, California Republicans were doubling down, vowing to continue using the boxes to collect completed ballots.

The saga started last weekend when unauthorized ballot drop boxes that looked official began showing up outside churches, gun shops and other locations around Southern California and elsewhere. Padilla and Becerra declined Friday to specify how many reports of the boxes they’ve received and precisely where they were located.

The state GOP said it was simply offering another way for voters to cast their ballots. But Democrats worried their intentions were more nefarious and, at minimum, that the boxes would mislead voters into thinking they were dropping their ballots off at a sanctioned drop site.

In the Bay Area, there are more than 200 official drop boxes.

Padilla and Becerra sent the cease and desist letter telling Republicans the boxes violated the law and jeopardized the security of ballots.

Now, there appears to be a war of confusing words between state officials and the GOP about whether the boxes are still in use. Some reports suggested the Republicans were still using the boxes but removing any signage suggesting they are official.

On Friday, the party said it would accept vote-by-mail ballots delivered to local party offices, secure them and deliver them to election officials within three days. Drop boxes, the party said, would be inside, attended and available to anyone.

The confusion comes as millions of voters are expected to mail in their ballots instead of voting at a polling place because of the ongoing coronavirus pandemic. For the first time, the state this year sent every active, registered voter a ballot to fill out at home.

Asked several times by reporters to clear up conflicting reports, Becerra said, “We’ve heard them say certain things…and their practice has been different. We watch what is done. We act based on what is done.”

Some of the confusion stems from the fact that it is legal in California for someone to deliver another person’s ballot. The state asks that voters note that on their ballot envelopes, but even ballots that are returned without indicating their chain of custody are still counted.