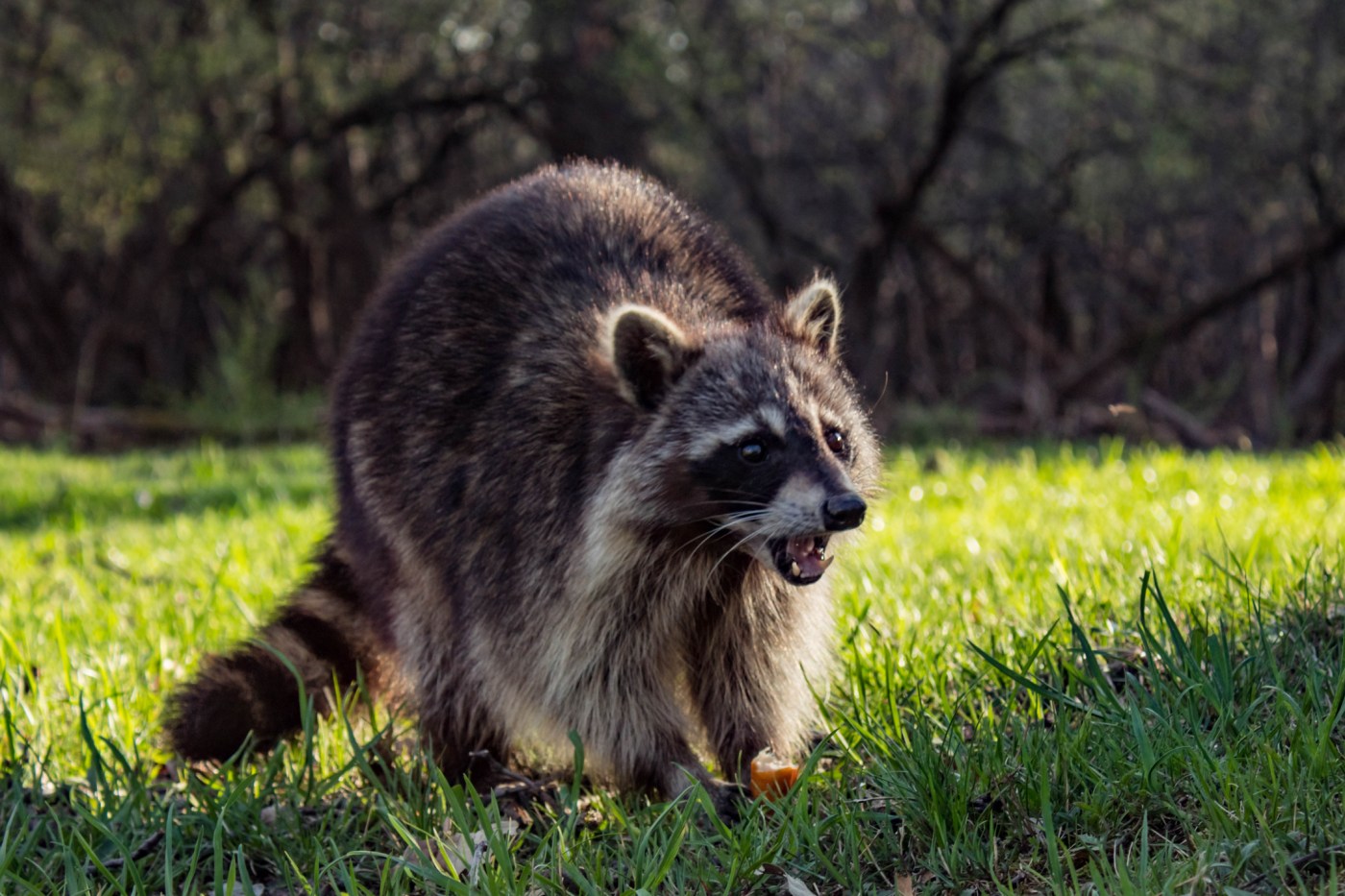 DEAR JOAN: I’ve written to you before about animals we see on our creek side security camera. Recently, we recorded a large raccoon stopping at our back gate around 2 a.m. and looking like it is marking a spot by scratching and kicking back the ground with its rear feet, somewhat like my aggressive husky does to mark territory.

We have never seen this behavior before in many, many raccoon sightings. Two questions: Is this the marking of a raccoon latrine? We did not find any poop but the fence is scratched up.

And/or could it be a message to our husky? The second raccoon seems not to care and passes quickly by.

DEAR ANN: I’m not positive on what the raccoon was doing, but the action you saw — scratching at the ground with its back paws — wasn’t the start of building a latrine at your back gate.

Latrines are where the raccoon goes to defecate and urinate. They pick a spot, leave a deposit and then repeatedly return to the site. Your video doesn’t show the raccoon doing that.

It might have been leaving its scent, however. Raccoons, like cats, carry scent glands near their anus, and when they mark their territory, they can release a smelly liquid.

In this case, however, I think the raccoon was just wiping his feet. He’d just emerged from the creek area — you can see wet foot prints on the paving stones. Raccoons have very sensitive hands and feet, and the word “raccoon” comes for a Powhatan word meaning “animal that scratches with its hands.”

DEAR JOAN: While at a marina in Alameda recently, I saw the most unusual water bird. It was all black with a white breast and a black crest.

As near as I could tell from clicking around, it appeared to be a black and white crested duck. On further checking it appeared that this duck is not native to California. Could it have been from someone’s “personal zoo” and they dumped it in the Bay?

It was all alone swimming around near the shore. Beautiful bird, too, I might add.

DEAR MARILYN: Anything is possible, and without a picture of the duck, I can only speculate about what you saw.

Right now, we’re starting to see a lot of migratory and winter-visiting ducks. The Bay and its estuaries will be teaming with a large number and variety of water fowl starting this month and lasting through March.

Why does this squirrel keep pruning my sycamore tree?

Did a quick peek at bluebird nest cause Danville birds to abandon nest?

Can wild pigs laying waste to yards in Clayton and Concord be stopped?