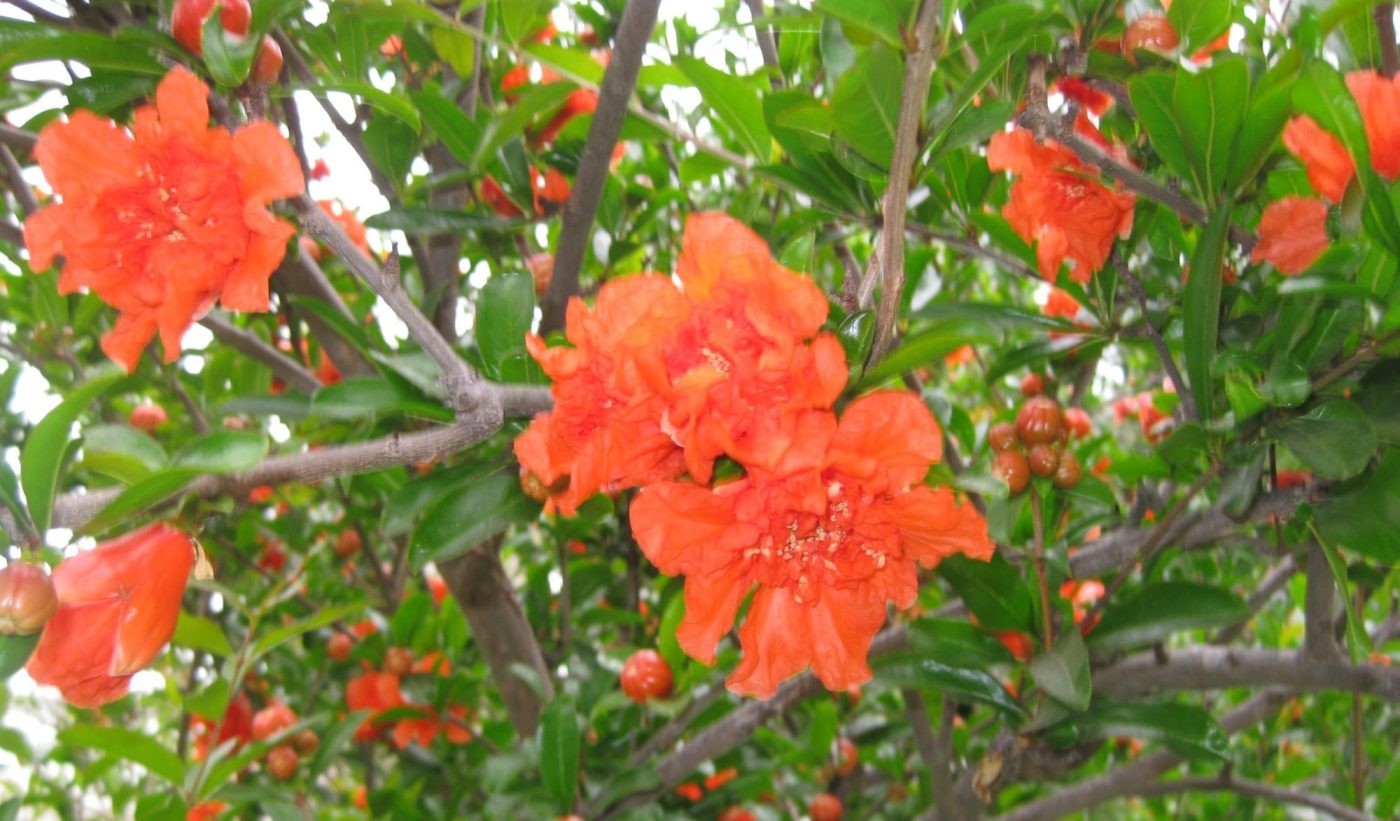 The conclusion of another 2009 peer-reviewed article about nutrition and cancer that addressed the cancer-prevention potential of pomegranates was more far-reaching: “Recent research has shown that pomegranate extracts selectively inhibit the growth of breast, prostate, colon and lung cancer cells in culture. In preclinical animal studies, oral consumption of pomegranate extract inhibited growth of lung, skin, colon and prostate tumors.”

The pomegranate is native to the Middle East. It is one of five fruits (along with grape, fig, olive, and date) indigenous to the Land of Israel that are mentioned in the Bible. Thus its ability to survive drought is embedded in its DNA, as years of drought in the Middle East are as common as they are in California.

Yet just because a plant species can survive a drought does not mean it will thrive with a minimum of irrigation following a dry winter. Where pomegranates are concerned, for example, the same water regime for growing citrus trees is recommended. That means a pomegranate tree should be deep soaked every 10 to 20 days during the summer, depending on how hot it gets. You can do this by moving a slowly trickling hose around the drip line or canopy circumference line, where water drips off foliage when it rains.

Where pomegranates are concerned, a little fertilizer goes a long way and no more than a half-pound of actual nitrogen should be applied to a mature tree. Late January would be the best time to do this because February often is our wettest month, and rain would soak the fertilizer into the plant’s root zone.

However, if you were regularly applying compost and mulch to the soil surface, the half-pound of actual nitrogen you need would be released to the plant naturally through these layered materials and no supplemental fertilization would be required.

In an email, Margie Loya recently asked: “Why is it that my pomegranate tree had its normal blossoms, but then they fell off and only a few pomegranates were produced?”

The botany of the pomegranate (Punica granatum) helps to explain the phenomenon of flower drop. On the pomegranate tree, both male and hermaphrodite or perfect flowers are produced; 60-70% of them are males …read more