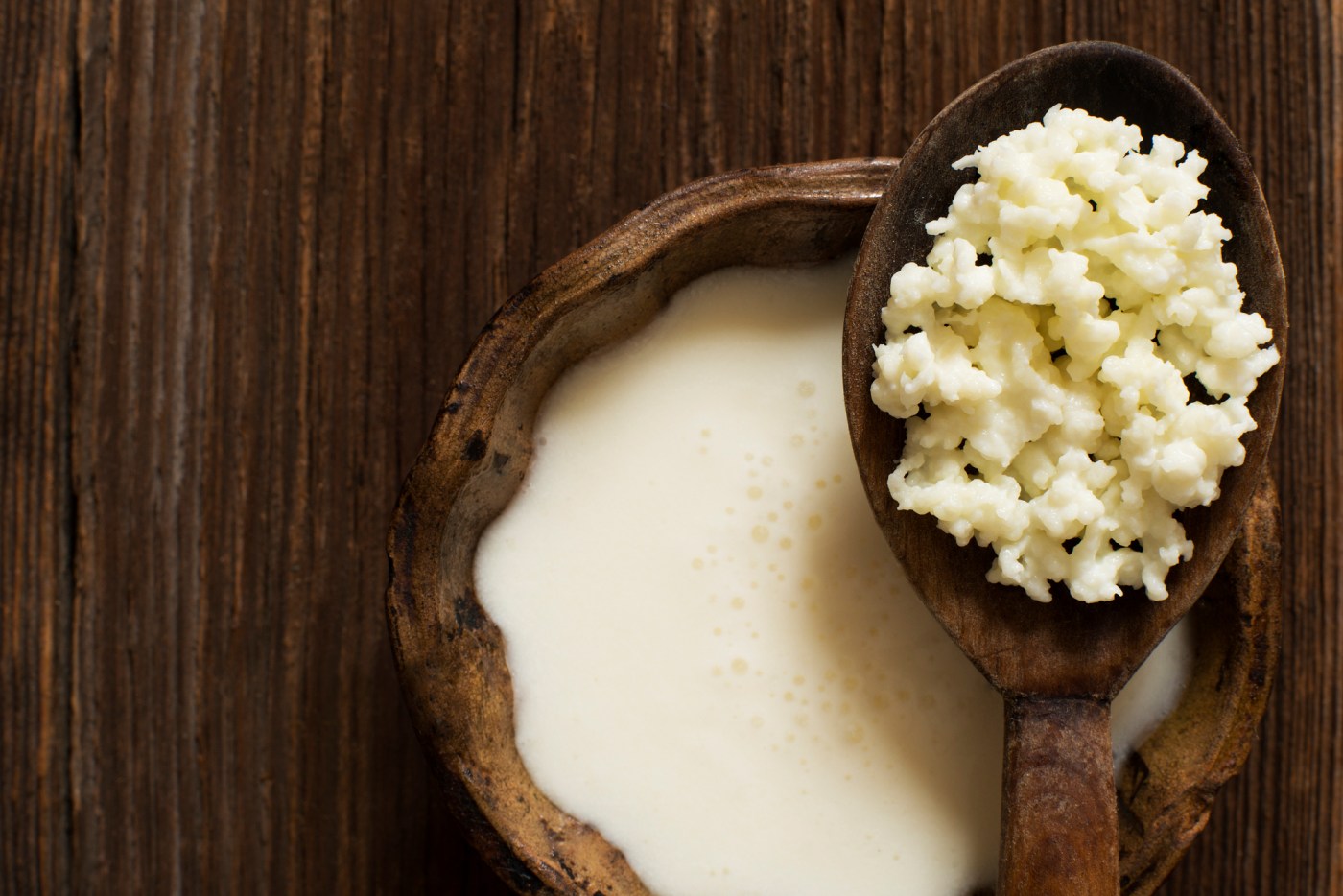 Nestled next to the yogurt in the refrigerated section of your grocery store is kefir, that mysterious fermented milk drink with a long history of many health benefits. Kefir is technically a grain and that grain is used to make a fermented milk drink called kefir. When kefir was first brought to Moscow from the rural areas of Caucasus, it was sold as a medicine. In fact, the word kefir comes from the Turkish word “keyif,” which translates to “feeling good,” but is feeling good actually good?

And just why are we discussing kefir now? It has been around hundreds of years but it took until this year for a review to be published that examined the properties of kefir and its abilities to protect against viral infection.

Before you start smothering yourself in a bathtub filled with kefir, please note the nuance of “protect against” viral infection and “kill” viruses. Bleach kills viruses, bacteria and fungi. Vaccines rev up a specific part of our immune response to protect against infections. A lot of what we consume, breathe or even just how we feel affects the immune system, thereby the claims that just about anything could help protect against viruses, or even cancer for that matter, are going to hold some merit. For example, dopamine is the feel-good chemical in our brain when we do something fun. Dopamine also turns on T cells, a major cell in our line of defense against viral infection. One could claim that riding rollercoasters helps protect against viral infections. This sounds preposterous, yet similar claims are made all the time based on what specific chemicals are being consumed and what those chemicals do when they come in contact with an immune system (human, mouse, rat or whatever else the lab has in stock).

Circling back to kefir, it does have healthy elements — calcium, phosphorus, vitamins B12, B2 and D, and a bit of magnesium. Kefir is a probiotic, it has a whole community of bacteria and fungi that help promote a healthy digestive tract. Probiotics in the gut can bind to viruses, thereby preventing their entry into the host. It is also this milieu of microorganisms responsible for breaking down the cholesterol in the fermenting milk during the production process that ultimately leads to a dairy drink that is lower in cholesterol. These microbes when consumed within the kefir can lower cholesterol levels in hamsters and rats.

The effects of kefir consumption on the human immune system’s messenger pathway was measured during the last decade. A study found that the activators of the immune system against viruses were elevated in a group of young adults who all consumed 200 milliliters of kefir daily. They also found a decrease of inflammatory mediators, and thus supports the theory that increasing the inflammatory response of a viral infection will reduced the sequelae of that infection. Thus, the theoretical promise of reducing the severity of COVID infections by reducing the overwhelming inflammatory response that can happen in the …read more