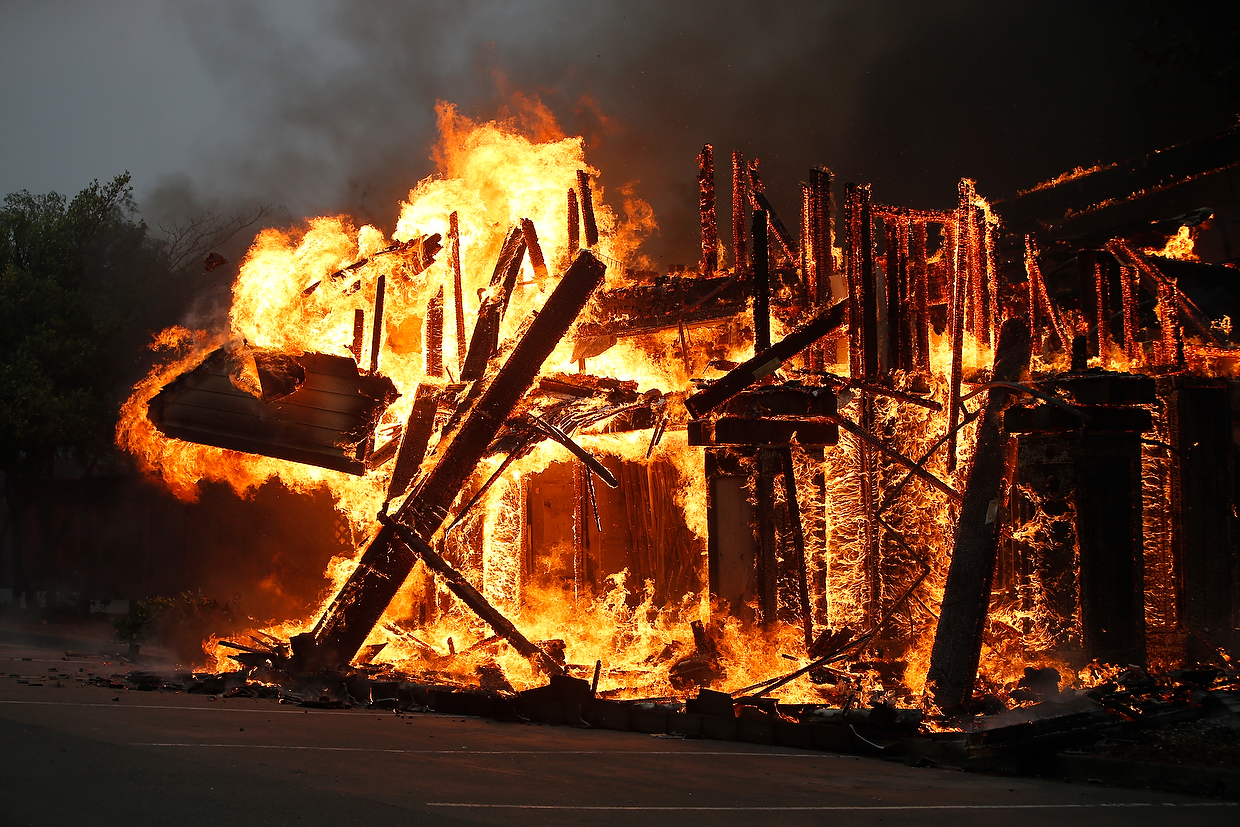 The lethal infernos that roared through the North Bay Wine Country and Butte County in successive years scorched those regions with unprecedented devastation and destruction, but job markets rallied in the wake of the blazes, a federal report released Thursday shows.

A rebuilding effort helped to fuel a surge in construction jobs in Sonoma County, Napa County, and Butte County after the wildfires, according to a study by economists with the U.S. Bureau of Labor Statistics.

The hotel, restaurant, and drinking establishment industry, however, has struggled to regain the jobs it lost after the Wine Country fires, this news organization’s research has discovered.

“While the fires destroyed infrastructure and dwellings and spread smoke and ash throughout the region, local employment quickly recovered following both of the fires,” the federal agency stated Thursday.

Construction activity was the primary driver of the upswing in the regional economies where the fires erupted, the federal researchers reported.

“One year after each fire, construction employment had increased and has remained at higher levels as the rebuilding continues in Sonoma, Napa, and Butte counties,” the Bureau of Labor Statistics study stated.

In October 2018, one year after the Wine Country fires, construction jobs in the combined region of Sonoma County and Napa County had soared 28.4%, the researchers determined.

A sharply contrasting picture, though, has emerged for an industry that was directly harmed by fires in the famed North Bay Wine Country, a worldwide destination for tourists and restaurant enthusiasts, this news organization’s analysis of state Employment Development Department official statistics shows.

The hotel, restaurant, and drinking establishments industry in Sonoma County and Napa County quickly lost 1,000 jobs in the month of the October 2017 fires compared with September 2017, a 2.9% decline in jobs in that sector in a single month, according to the EDD.

In October 2018, hotel, restaurant, and drinking establishment jobs in Sonoma-Napa were unchanged from their levels in September 2017, the month before the fires, according to this news organization’s analysis of the EDD figures.

By October 2019, the hotel, restaurant, and drinking establishments industry in Napa County and Sonoma County was finally showing signs of recovery and had 35,000 jobs.

Clearly, construction enjoyed an employment boom in the North Bay Wine Country. But tourism and dining jobs have struggled to rebound.

Butte County also was able to capture additional jobs in construction after the Camp Fire tore through that region and destroyed the town of Paradise.

In November 2019, Butte County had 16.9 percent more construction jobs than was the case in November 2018, when the fatal blaze erupted.

“The Camp Fire broke out in November and a few months later, construction employment in Butte County began to increase,” the Bureau of Labor Statistics reported.

Despite the ongoing wildfires in California, the researchers believe the track records of Napa County, Sonoma County, and Butte County are cause for optimism.

Taste-Off: The best cheesy popcorn brands — and the saddest

“While the fires …read more