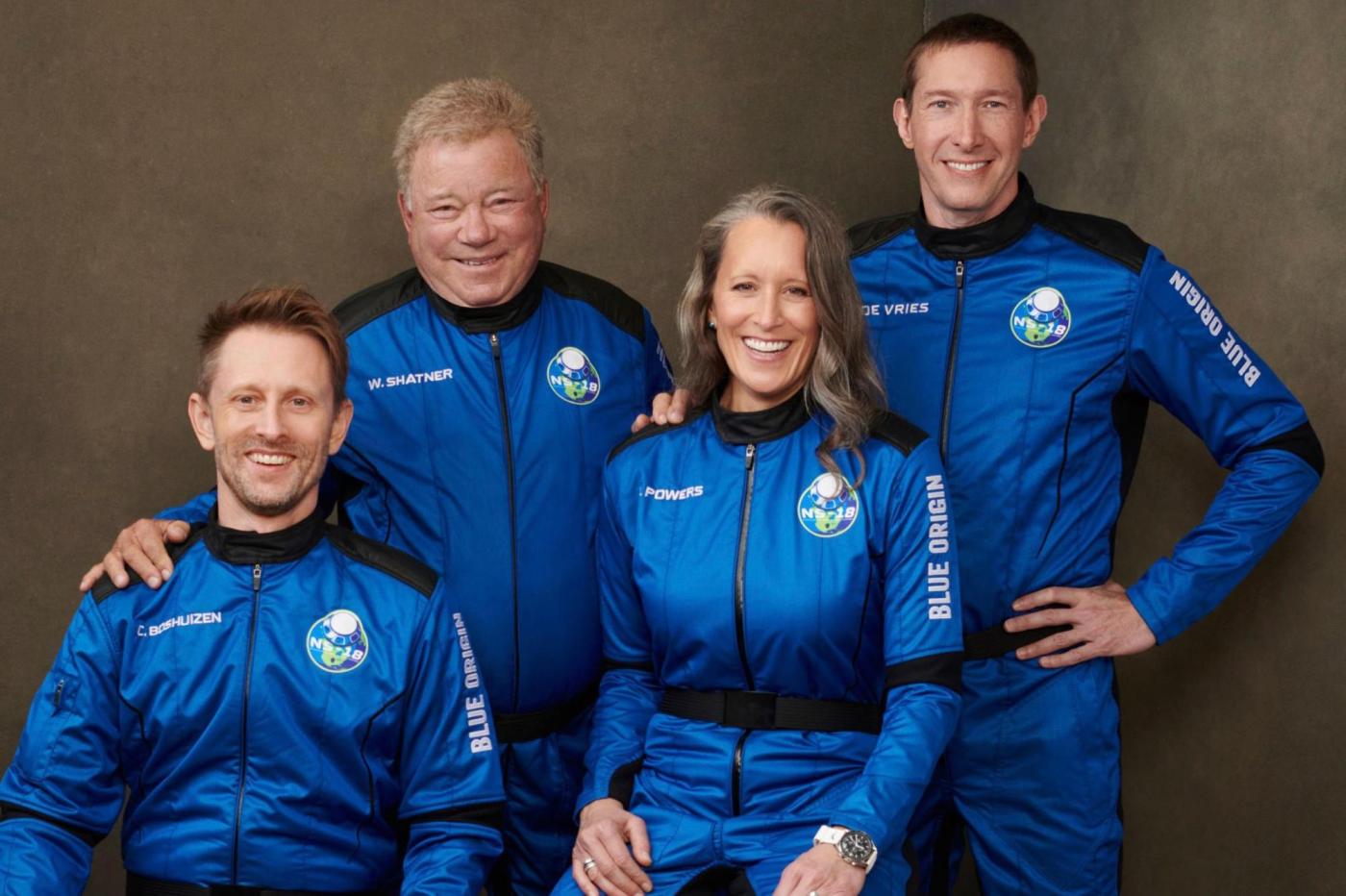 By MARCIA DUNN and RICK TABER

The “Star Trek” hero and three fellow passengers hurtled to an estimated 66 miles (106 kilometers) over the West Texas desert in the fully automated capsule, then safely parachuted back to Earth in a flight that lasted just over 10 minutes.

“You have done something,” an exhilarated Shatner told Bezos as he emerged from the capsule, the words spilling from him in a torrent. ”What you have given me is the most profound experience.” He added: “I hope I never recover from this.”

He said that going from the blue sky to the blackness of space was a moving experience that made him wonder, “Is that the way death is?”

Shatner became the oldest person in space, eclipsing the previous record — set by a passenger on a similar jaunt on a Bezos spaceship in July — by eight years. The flight included about three minutes of weightlessness and a view of the curvature of the Earth.

Sci-fi fans reveled in the opportunity to see the man best known as the stalwart Capt. James T. Kirk of the starship Enterprise boldly go where no star of American TV has gone before.

“This is a pinch-me moment for all of us to see Capt. James Tiberius Kirk go to space,” Blue Origin launch commentator Jacki Cortese said before liftoff. She said she, like so many others, was drawn to the space business by shows like “Star Trek.”

Who got rich from 40 years of falling interest rates?

Bezos is a huge “Star Trek” fan — the Amazon founder had a cameo as an alien in one of the later “Star Trek” movies — and Shatner rode free as his invited guest.

The blastoff brought priceless star power to Bezos’ spaceship company, given its built-in appeal to baby boomers, celebrity watchers and space enthusiasts. Shatner starred in TV’s original “Star Trek” from 1966 to 1969, back when the U.S. was racing for the moon, and went on to appear in a string of “Star Trek” movies.

Bezos himself drove the four to the pad, accompanied them to the platform high above the ground and cranked the hatch shut after they climbed aboard the 60-foot rocket. A jubilant Bezos was there to greet them when the capsule floated back to Earth under its brilliant blue-and-red parachutes.

“Hello, astronauts. Welcome to Earth!” Bezos said as he opened the hatch and was embraced by Shatner. The capsule, New Shepard, was named for first American in space, Alan Shepard.

The flight comes as the space tourism industry finally takes off, with passengers joyriding aboard ships built and operated by some of the richest men in the world.

Virgin Galactic’s Richard Branson led the way by riding into space in his own rocket ship in July, followed by Bezos nine days later on Blue Origin’s first flight with a crew. Elon Musk’s SpaceX made its first …read more