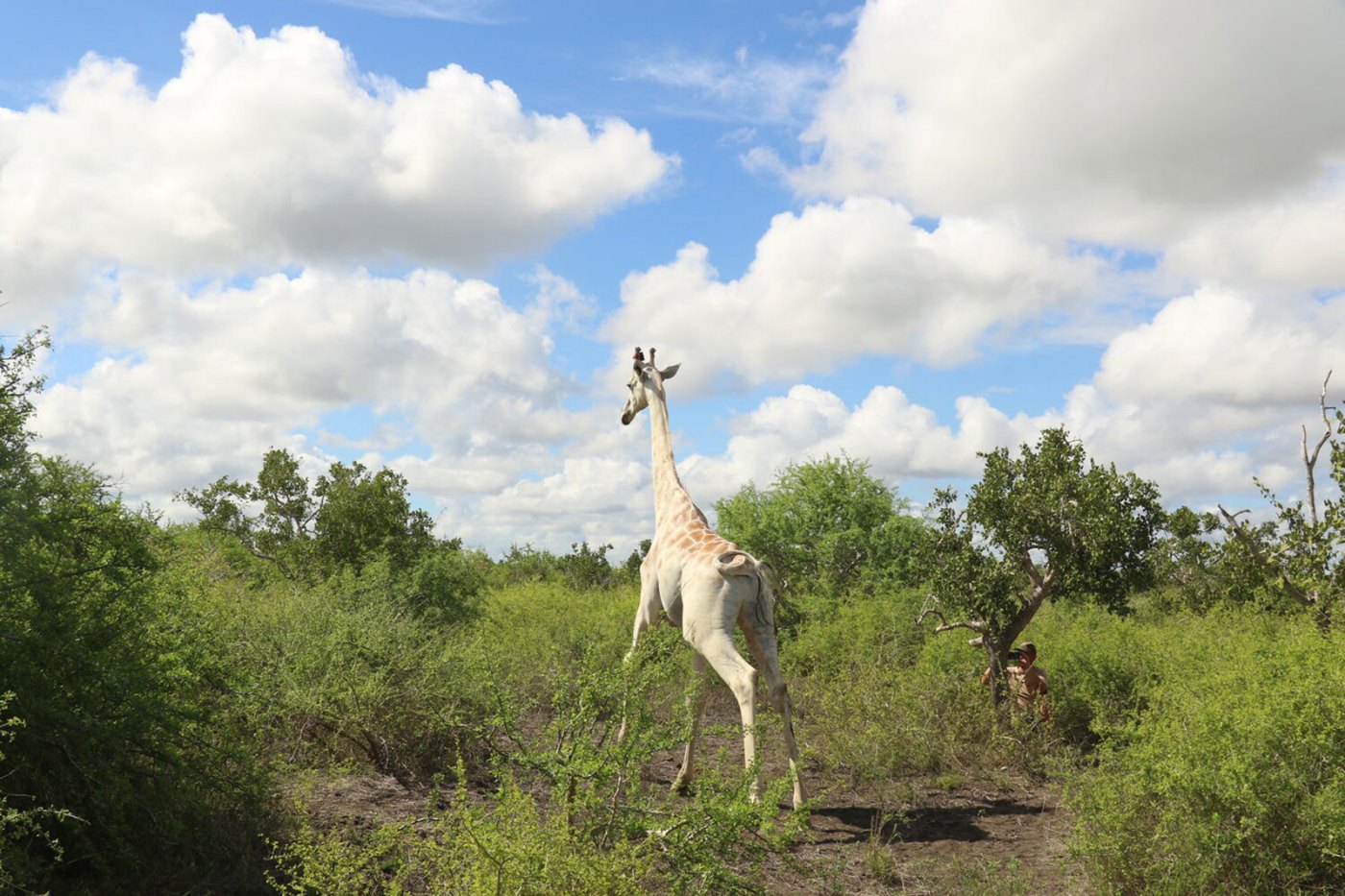 The only known white giraffe in the world has been fitted with a GPS tracking device in an effort to protect him from poachers in Kenya.

The unique male giraffe now stands alone after a female and her calf were killed by poachers in March.

The GPS tracking device, secured to one of the animal’s horns, will give hourly updates of his location, said the Ishaqbini Hirola Community Conservancy in a press release on Tuesday.

Rangers will be able to monitor the giraffe’s movements in the conservancy located in Garissa County, eastern Kenya.

“The giraffe’s grazing range has been blessed with good rains in the recent past and the abundant vegetation bodes well for the future of the white male,” said Ahmed Noor, manager of the Ishaqbini Hirola Community Conservancy.

Noor thanked the Kenya Wildlife Service, Save Giraffes Now and the Northern Rangelands Trust (NRT) for their help in safeguarding wildlife species.

“Our mission is to work with communities, enable them [to] be resilient, secure their livelihoods as well as protect the unique wildlife like the only known white giraffe,” said Antony Wandera, senior wildlife monitoring officer at the NRT.

The male giraffe has a rare genetic trait called leucism, which results in the partial loss of pigmentation in an animal and makes it easy to spot for poachers on the arid savannah. Unlike albinism, animals with leucism continue to produce a dark pigment in their soft tissue, meaning the giraffe’s eyes are dark.

In March, the remains of two of the stunning white giraffes that lived at the Kenyan wildlife sanctuary were found in a skeletal state, killed by poachers.

Between a rock and the deadly coronavirus, town of Bishop urges holiday climbers to stay away

The female white giraffe first made headlines when she was discovered, alongside her calf, in 2017. A second calf followed, and the family of three lived a free-ranging life within the confines of the sanctuary, where they generated a lot of interest from tourists around the world.

Visitors flocked to see the family of three, stretching for glimpses from behind the trees. Video of the giraffe posted to YouTube racked up more than one million views. They were featured by USA Today, The Guardian, Inside Edition, and National Geographic, among other outlets.

The world’s tallest land animal has lost 40% of its population in just 30 years, the African Wildlife Foundation estimates.