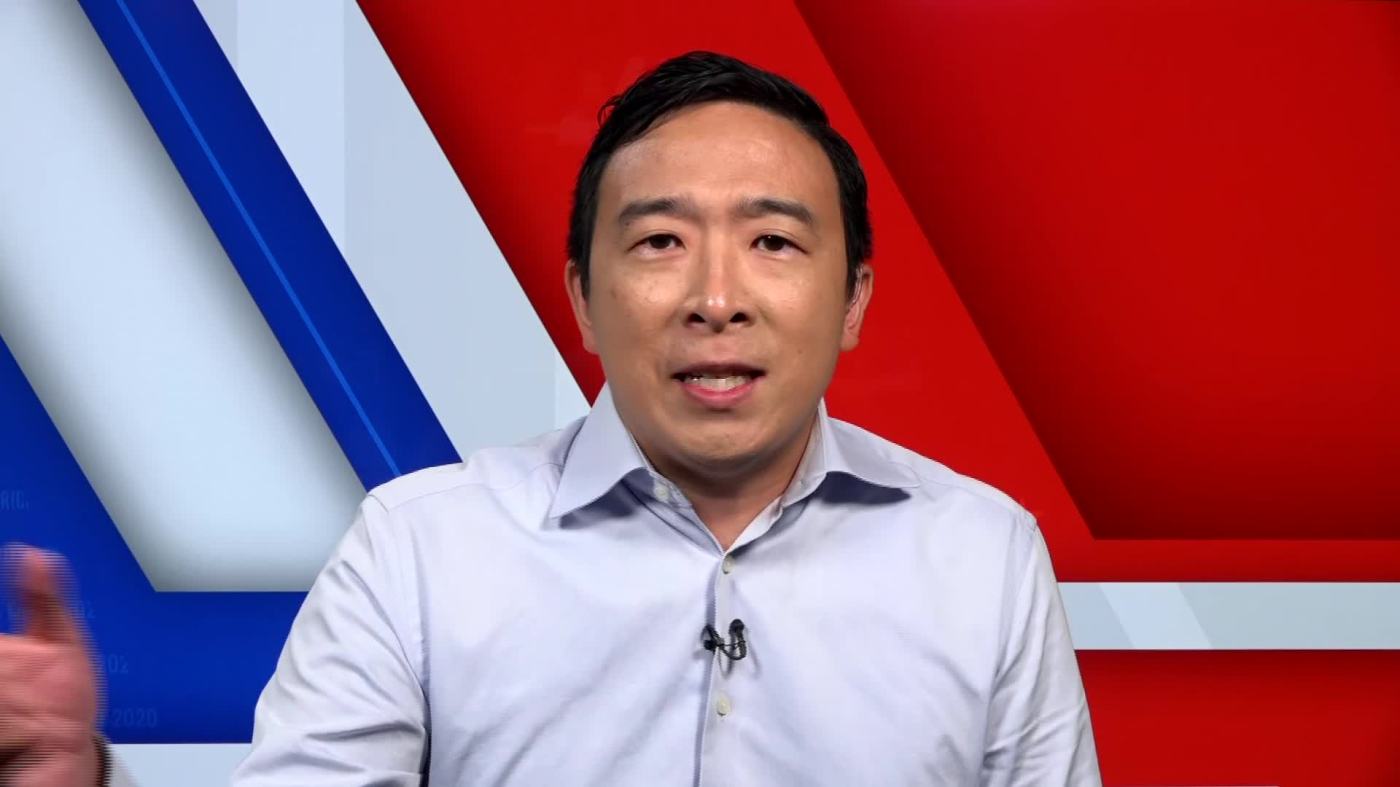 At a kick-off rally in Upper Manhattan, Yang promised to “revive” a city stricken by the coronavirus and introduced newly-elected Rep. Ritchie Torres as a co-chair on his campaign — a striking endorsement for a candidate with no experience in city politics.

“I’m running for mayor for a very simple reason,” Yang told a group of supporters in Upper Manhattan. “I see a crisis and believe that I can help.”

Largely unknown outside of tech circles before the 2020 primary, Yang won the affection — if not always the votes — of Democrats who appreciated his happy warrior persona on the debate stage and campaign trail. And he was backed by supporters branded the “Yang Gang,” who helped him raise $40 million over the course of his run — including a surprising $16.5 million as the race heated up in the final three months of 2019.

Yang filed the paperwork to run for mayor a few weeks ago, while he was campaigning in Georgia for the Democrats who would go on to win their Senate run-off campaigns and deliver the party a majority in the upper chamber. During his speech Thursday, Yang said Sen.-elect Jon Ossoff called him the night before to thank him for his help.

But Yang’s campaign got tripped up out of the gate after Politico reported that he left the city for his second home, in New Paltz — about 90 minutes north of where he spoke on Thursday morning — during some of the darkest days of the pandemic in New York. His answer, when asked about the decision by The New York Times in a recent interview, didn’t help matters.

Many New Yorkers can — and in less spacious accommodations than Yang described. The comment set off blowback in the media and will surely be used by rivals to cast him as out of touch when the campaign, which has not yet spun into gear, ramps up in the coming weeks.

Yang, who has also been criticized for his lack of engagement in the city’s civic and political life before deciding to seek its top office, described his feeling when he moved here back in 1996.

“I felt like I was joining the center of the world,” he said, recalling his attendance at one of the most famous New York Knicks games of the past 25 years — no one has questioned Yang’s fandom and, as often follows, frustration with the team — and his walk north on the morning of the 9/11 attacks.