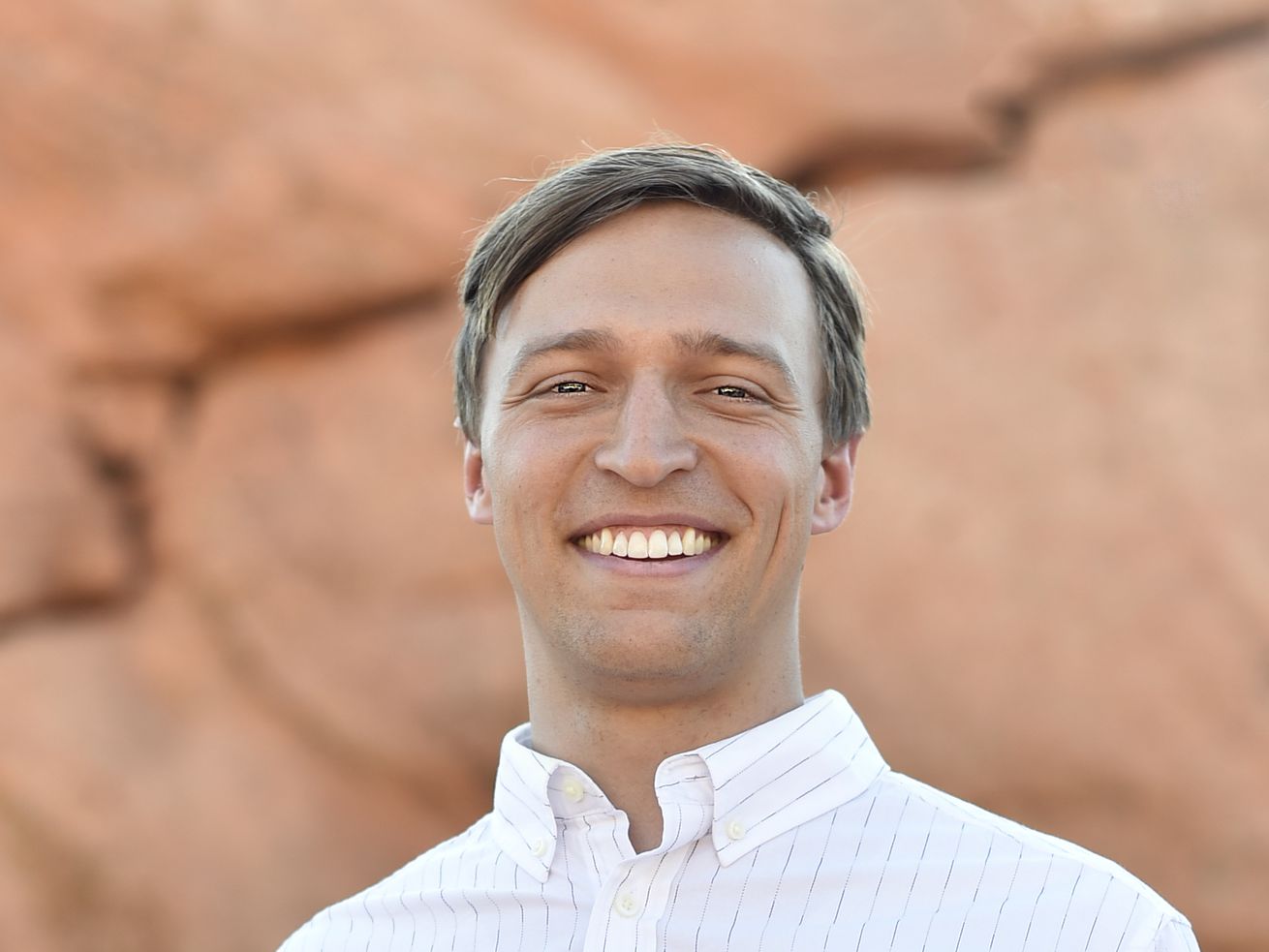 A Republican congressional candidate is challenging Utah GOP Rep. Burgess Owens to a “truth-off.” Or maybe it’s a “lie-off.”

We’re talking about politicians, after all. And honesty, like Billy Joel once said, is such a lonely word.

Either way, Taylorsville resident Nick Huey intends to undergo a polygraph test with questions voters submit to his social media platforms, including Twitter and TikTok, over the next couple of weeks. He invited Owens to participate, though it isn’t likely that the first-term congressman would play along.

“I wanted to do something that would show that I will be as transparent as possible with voters. This was an easy way to show, ‘Hey, listen, I’ve got nothing to hide. Ask me whatever questions that you want. I will be fully transparent at all times,’” Huey said.

Voters, Huey said, have a lot of questions for Owens, and that his campaign will pick up the tab if the congressman joins him in taking the test. The Owens campaign did not respond to questions about the invitation.

To be clear, lie detectors aren’t foolproof. A polygraph machine doesn’t actually have the capacity to detect a lie. It measures physiological responses, such as increased blood pressure or heart rate, to questions. Results are generally not admissible in court.

Huey, a 29-year-old creative consultant for nonprofits, said the polygraph analyst he intends to use told him the test is about 80% accurate. Still, he said he would like to see it become a more common practice among candidates.

“Even though it’s an 80% accuracy rate, that’s better than just being able to look at someone and tell if they’re lying. I think it shows a lot if a candidate is willing to do that with their constituents,” he said.

The notion of politicians taking polygraph tests isn’t new. Some have called for all candidates and officeholders to submit to a lie detector test. Politico reported that former President Donald Trump was obsessed with polygraphs and discussed whether to order tests for White House staffers during major information leaks.

Huey, who launched his campaign this past weekend, acknowledges taking a lie detector test qualifies as a publicity stunt. He said he’s doing it to build trust with voters and get them engaged with the “republic.”

“If democracy needs some publicity stunts, then I’m definitely willing to provide them, and definitely helps get my name out there, too,” he said.

Huey said he will accept questions for the next two or three weeks and answer the four with the most likes on social media. He plans to stream the polygraph test live.

For his sake (and voters, too) hopefully nobody tweets, “Liar, liar, pants on fire,” at him.