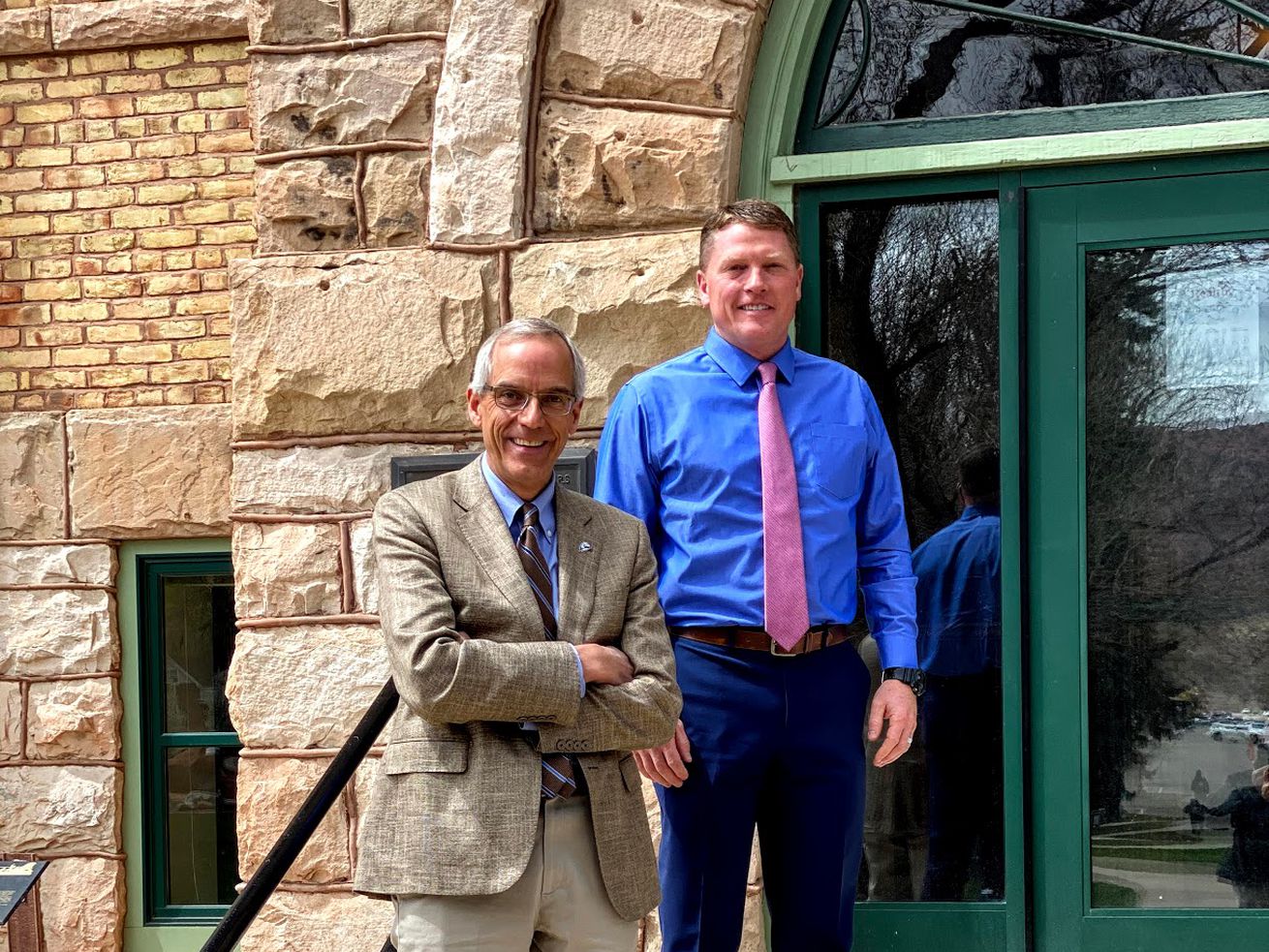 Late last summer, a couple of weeks before fall semester was to begin, Jon Anderson, the newly hired provost at Southern Utah University, walked into the office of school President Scott Wyatt with an idea.

He said he thought SUU should start offering a bachelor’s degree for $9,000.

That’s a four-year degree for the equivalent of a used Subaru. Nine grand is what one month of undergrad costs at Harvard.

It’s just a third of what an on-campus SUU student who completes their degree in four years would pay.

Wyatt did not look at Anderson as if his second-in-command had lost his mind. He didn’t lecture him about the bottom line.

Instead he said: “Sounds great. When do we start?”

Just like that, Southern Utah added to its curriculum what is believed to be the least expensive bachelor’s degree of any public institution of higher learning in America. (Among private institutions, BYU-Pathway Worldwide offers a bachelor’s degree to members of The Church of Jesus Christ of Latter-day Saints for slightly less than $9,000).

Anderson’s plan, nicknamed speedway, offers a degree at $75 a credit hour. Multiply that by the 120 hours needed to graduate, that’s $9,000.

There are no frills to this program. Your bachelor’s degree will be in general studies. It is only available online and there are virtually no options, no substitutions. It’s like ordering from a set menu.

So it’s not for everyone.

Who it is for are people who don’t fit the conventional college-going mode. Maybe they’re an older person working in a career where a bachelor’s degree would mean a promotion to management. Maybe they’re a single mom, or dad, who has neither the time or the budget to get that diploma they always promised themselves they were going to get. Maybe they’re someone who lives far from any college campus, perhaps not even in America, but has a laptop and can scrape together $75 a credit. Maybe they’re a dropout who can’t figure out how to drop back in.

“We’re trying to reach a population we’re currently not reaching, a population that just doesn’t have a lot of funding,” says Anderson. “How can we deliver high-impact quality education to them at a price point that doesn’t dilute the product?”

The key to the program is “overload.” That’s the term higher education uses to describe paying overtime. Faculty members can make additional money by agreeing to teach an online speedway class as an overload. The cost to the university is minimal and the professor has extra pizza money.

Anderson couldn’t have found a president with a more welcoming ear than Scott Wyatt. Wyatt’s brand is innovation and frugality. When he was president at Snow College, his previous job, he marketed Snow as the best and least expensive junior college in the country and actually increased freshman attendance in 2013 — the year when hordes of Utah’s 18-year-olds were going on missions for …read more

Marvel Studios & Disney+ | SUPER BOWL 2021 | Promo
When do a majority of Utahns believe life will be back to normal from COVID-19 pandemic?
SHARES
ShareTweet