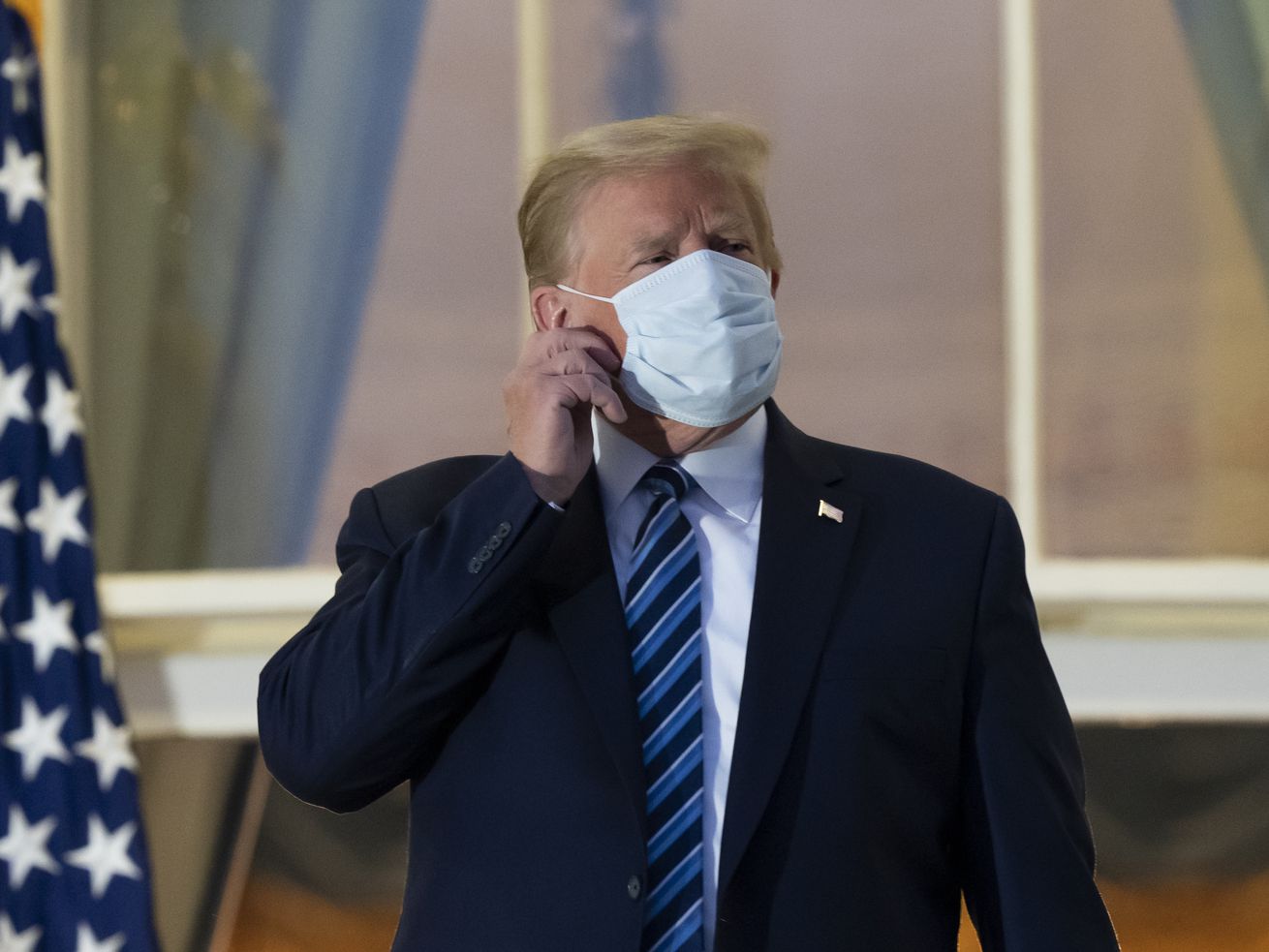 President Donald Trump removes his mask as he stands on the Blue Room Balcony upon returning to the White House on Monday, Oct. 5, 2020, in Washington, after leaving Walter Reed National Military Medical Center, in Bethesda, Md. Trump announced he tested positive for COVID-19 on Oct. 2. | Alex Brandon, Associated Press

SALT LAKE CITY — Immediately after President Donald Trump went public on Twitter with his COVID-19 diagnosis on Oct. 1, a wave of anti-Asian, anti-Semitic and conspiracy theories about the spread of the novel coronavirus flooded the social media platform, according to a new report from the Anti-Defamation League.

Data analysis performed by league researchers found that “in the 12 hours after the president’s initial tweet about his and the first lady’s COVID-19 diagnosis, there was an 85% increase in anti-Asian language and conspiracy theories tracked on the platform.

“Similarly, the rate of discussions about various conspiracy theories increased 41 percent, with some of those conversations also taking on anti-Semitic overtones,” the league reported. “From Oct. 2-5, the percentage of anti-Asian language on Twitter remained higher than usual.”

Tonight, @FLOTUS and I tested positive for COVID-19. We will begin our quarantine and recovery process immediately. We will get through this TOGETHER!

The nonprofit, anti-hate organization said an analysis of Twitter traffic conducted in the days following Trump’s announcement used tools like the league’s machine-learning driven Online Hate Index tool, along with help from the Alan Turing Institute, the United Kingdom’s national institute for artificial intelligence and data science, to analyze millions of Twitter postings.

“The level of hatred and vitriol that was aimed at Asian Americans and Chinese people on social media is simply staggering,” Greenblatt said in a statement. “The hate speech and stereotyping are irresponsible and can spill over into real world violence. With the alarming increase in physical attacks and hate crimes against Asian Americans in recent months, it is clear that all leaders, including our president, need to stop blaming others for spreading the virus.”

The Anti-Defamation League also reported that, in addition to a large uptick in hate speech targeting ethnic and religious groups, “one of the most common beliefs expressed by conspiracy theories was that a ‘New World Order’ or ‘NWO’ would be implemented — supposedly run by secretive actors who either gave President Trump the virus or plan to assassinate him under cover of his illness.”

The report also found other conspiracy narratives that popped up in the early days of the COVID-19 pandemic, like one widely circulated claim that Microsoft founder Bill Gates had caused the virus, resurfaced following the news of Trump’s diagnosis. And the analysis identified numerous Twitter discussions with elements of the QAnon conspiracy, using the intentionally misspelled follower code word “patriqts” to “signal fellow believers in Q to rescue the president.”