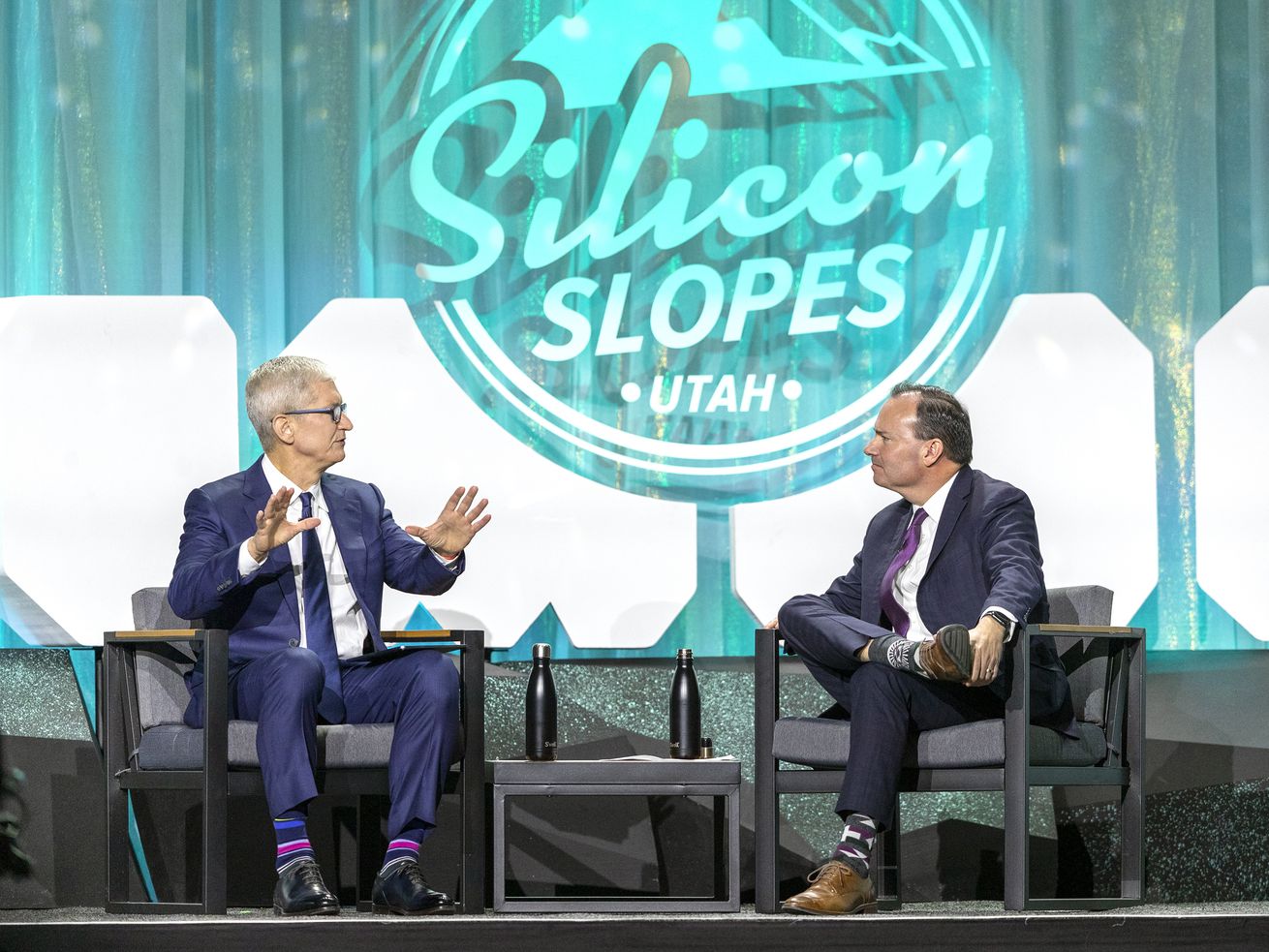 During a fireside chat with Sen. Mike Lee at the opening day of the 2021 Silicon Slopes Summit Wednesday, Apple CEO Tim Cook delivered what might be the best compliment ever for Utah’s booming tech ecosystem.

“What I look for when I go places is people who want to change the world,” Cook said. “Technology should serve humanity and not the other way around. And that’s what I see here.”

Cook, who took over the reins at Apple after the company’s legendary founder Steve Jobs died from complications related to pancreatic cancer in 2011, also shared a little advice for up-and-coming startup founders looking to replicate the success of the world’s most valuable company.

“Sometimes people are so looking forward to the next thing … that they forget the real joy of life is the journey,” Cook said.

With a prompt from Lee, Cook also touched on personal privacy issues and Apple’s unique policy among the world’s device makers to not build backdoors or access failsafes into their products. That stance has, on occasion, earned the company the ire of agencies like the FBI, which has sought legislative mandates to require device makers build in access overrides to aid law enforcement in criminal investigations.

“The only person that has the key to your (Apple) phone is you and we think that’s the way it should be.”

Cook also noted that the technical design reality is that you can’t build a device backdoor that only works for the people in the white hats.

“People say do it (program a device backdoor) just for this government agency, but it’s not possible from an engineering standpoint,” Cook said. “You can’t create a backdoor that’s just for the good guys.”

Beside appearing at the Slopes summit, Cook used his time in Utah to throw his weight behind a fundraiser for the Utah-based nonprofit LGBTQ youth shelter and outreach group Encircle, and also hosted a few meetings with Utah tech companies, including a private gathering with four standout Utah app developers with apps ranging from medical venture software to coloring and creativity.