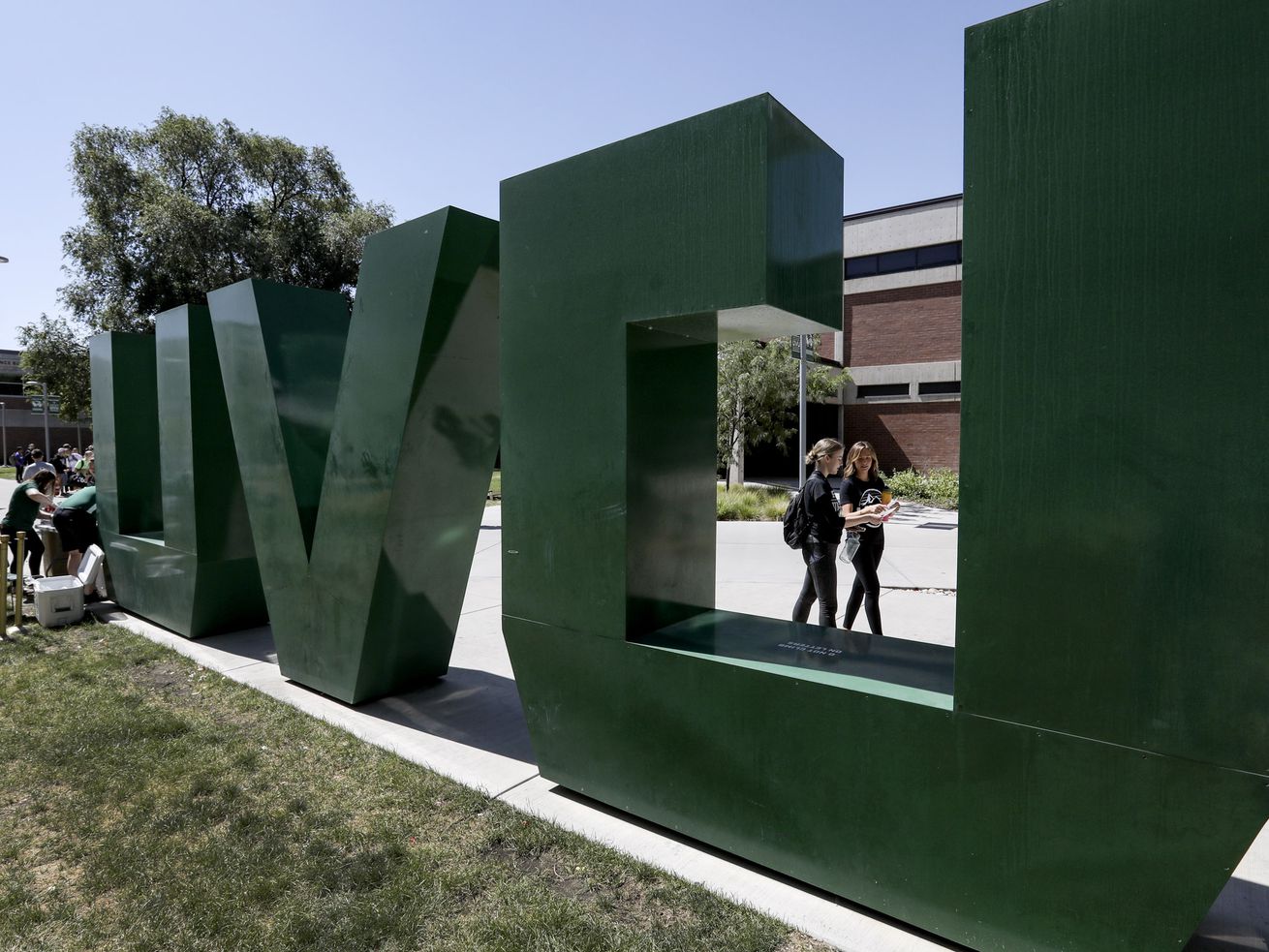 OREM — Sculptor Gary Lee Price can still remember the beatings he received as a child at the hands of his stepbrother. He recalls being punched repeatedly in the stomach, until he couldn’t breathe, before his stepbrother would apologize and help him get his wind back.

“Then I could stand up and take another round,” Price said.

The abuse got so bad that he attempted to stab himself in the heart while at school one day — he was in third grade.

“I remember heavy leather boots, beer cans, cold hammers, wrenches, fists, humiliations and lots of tears — and parents and relatives and friends that did not intervene,” he said.

Price shared his experience during the opening keynote address at Utah Valley University’s virtual Conference on Suicide Prevention Friday. Organizers of the annual event felt it was especially important this year, during a global pandemic, to connect people in whatever way they could — even if it was online.

They were not expecting a large turnout because of the altered format, but more than 400 people signed up, nearly the maximum number the conference could accommodate. Among other topics, the event focused on groups especially impacted by COVID-19 and various ways people could combat social isolation.

Price said it was his art that helped him overcome a childhood filled with abuse and domestic violence.

“Ironically, that same stepbrother that beat the holy hell out of me also taught me how to draw and paint better,” he said. “In spite of some cool stuff, there’s an ugly stain that permeated my entire childhood memory that I can’t seem to shake.”

However, Price also remembers a teacher he had growing up who encouraged him and helped him realize his artistic abilities.

“So while I’m trying to deal with all of these horrible, horrible noises and sounds and sights and memories, here’s this beautiful angel that is giving me value and worth and totally switching my whole psyche into something good and positive,” he said.

Price referred to that teacher as an angel multiple times, and he asked those watching Friday to be an angel to someone else who may need it.

“This is a very powerful point I want to make: That when we see something that is awry or amiss with somebody, whether they’re going through abuse, whether they’re having challenging thoughts of taking their life, whatever, let’s become involved,” he said.

Price was the first speaker at the conference, which included remarks from prevention coordinators, psychologists, social workers and others.

The virtual event even had panel discussions and a dove release ceremony, despite everything having to be broadcast.

Several panels and student poster presentations focused on how efforts to prevent the novel coronavirus affects the mental health of various demographics, including those with disabilities.