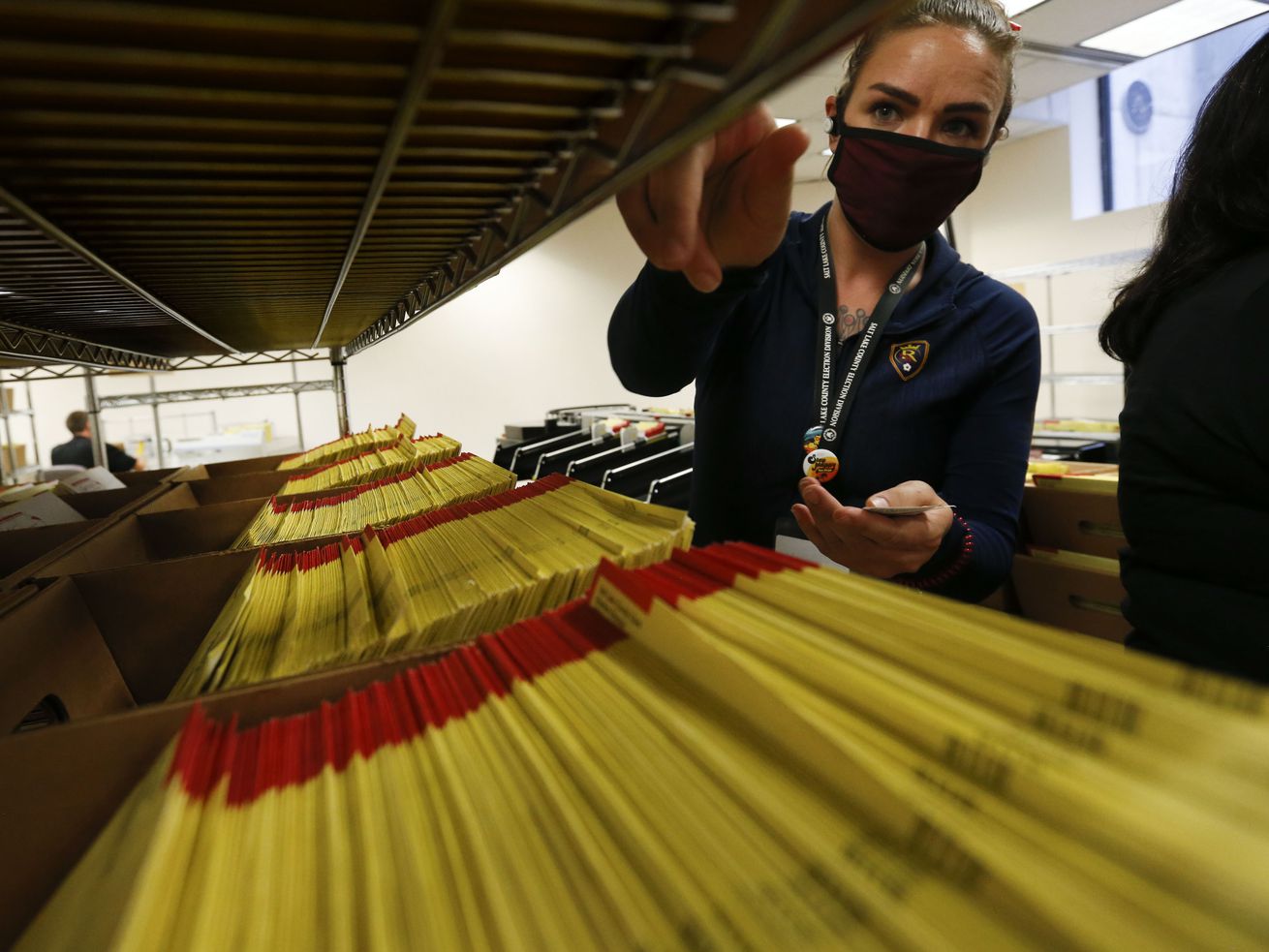 SALT LAKE CITY — Ballots will finally be hitting Utahns’ mailboxes this week, ahead of the contentious presidential election on Nov. 3.

Bracing for a flood of returned ballots amid what they expect will be record-breaking turnout, clerks are urging voters to send their ballots back as soon as possible — hoping to avoid long lines at the polls on Election Day and so as many votes as possible can be included in election night results.

“The sooner people can send them in, the better,” Utah Elections Director Justin Lee said on Monday, the day before ballots were expected to start being mailed to Utahns.

Under Utah law, clerks were required to wait until 21 days before the election — Tuesday — to begin mailing ballots. Monday morning, clerks sent their first batch of ballots (made up of current, active registered voters) to the Salt Lake City post office, where postal workers will sort and distribute beginning Tuesday morning.

Over 1.6 million ballots will be hitting Utah mailboxes for active registered voters this week. That’s compared to about 1.4 million active registered voters state election officials reported as of January. Throughout the year, new registrations across the board — Republicans and Democrats alike — have surged, Lee said, indicating this year’s election will be more energized than ever.

Clerks urge Utahns, if they are active registered voters and are still missing their ballots within the week, to contact their county clerk’s office as soon as possible to ensure they get their ballots.

Despite nationwide drama over voting by mail and the U.S. Postal Service, Utah election officials say Utah’s nearly eight-year track record with voting by mail has positioned the state to have a reliable and secure 2020 election.

Utah election officials want to avoid what’s already being seen in other states, where voting has already begun: hourslong waits at polling locations.

“This makes me sad,” Lt. Gov Spencer Cox, Utah’s top election official who is also the Republican nominee to be Utah’s next governor, tweeted on Monday, referencing a video of an over five-hour line of in-person voters in Georgia. “It shouldn’t be this hard to vote. I’m grateful for county clerks and legislators that have worked hard to make voting here easier. We have a record number of drop boxes this year. Ballots will be arriving this week. Please vote and vote early!”

This makes me sad. It shouldn’t be this hard to vote. I’m grateful for county clerks and legislators that have worked hard to make voting easier here. We have a record number of drop boxes this year. Ballots will be arriving this week. …read more