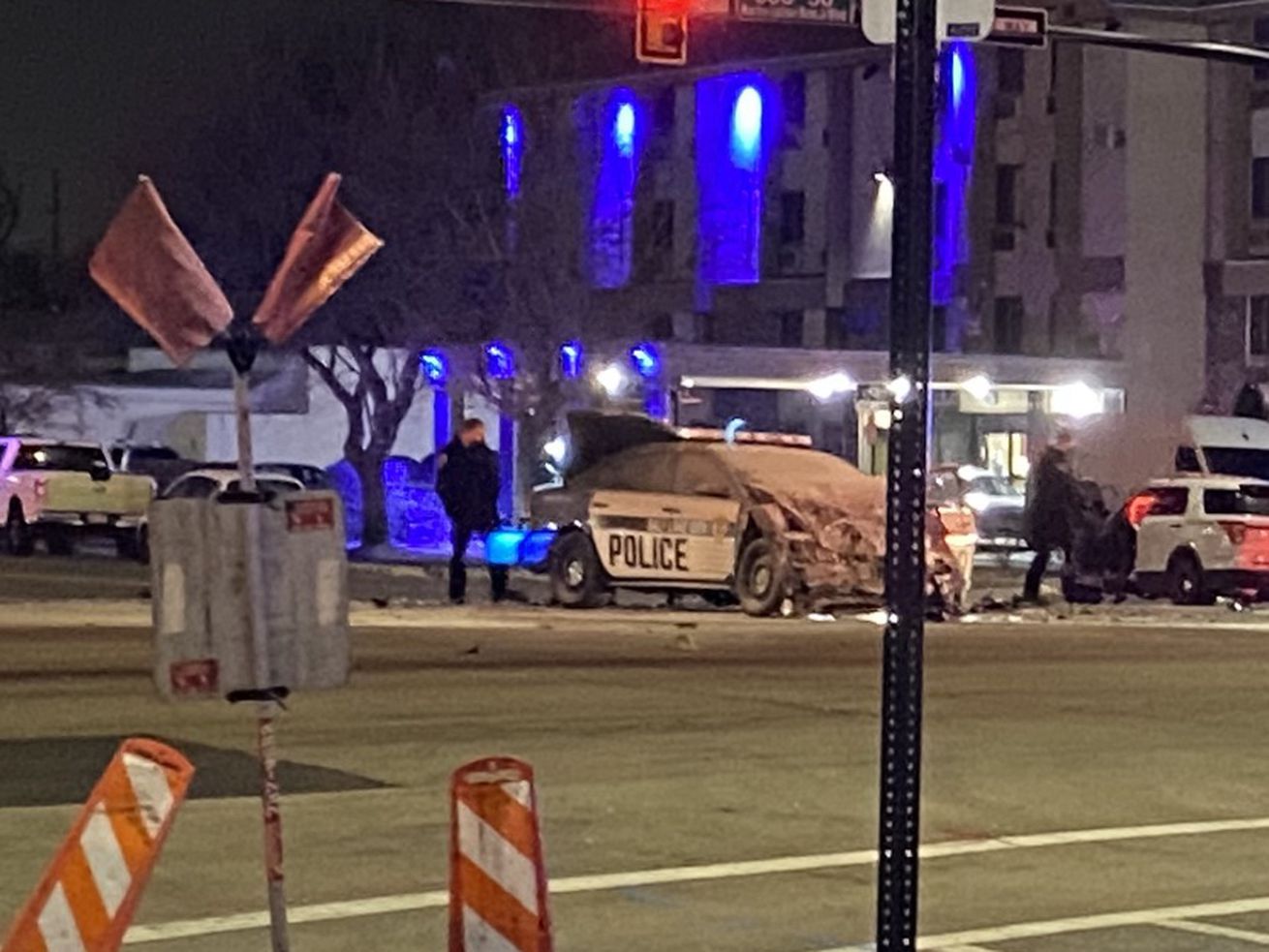 SALT LAKE CITY — An unconscious Salt Lake police officer was pulled from his car by a bystander when the vehicle caught fire after a crash early Saturday, police said.

The crash occurred just before 4 a.m. at 600 South and 200 West when a large commercial-sized vehicle hit the officer’s car at the intersection, said Salt Lake Police Lt. Bill Manzanares.

Police believe the vehicle may have run a red light, he said.

The collision knocked the officer unconscious and his car ignited.

A nearby Motel 6 employee who heard the crash ran out and pulled the officer from the car, Manzanares said.

The officer was hospitalized, but with injuries described as minor.

Manzanares described the other driver as cooperative. That driver is not suspected of driving under the influence, the lieutenant said.