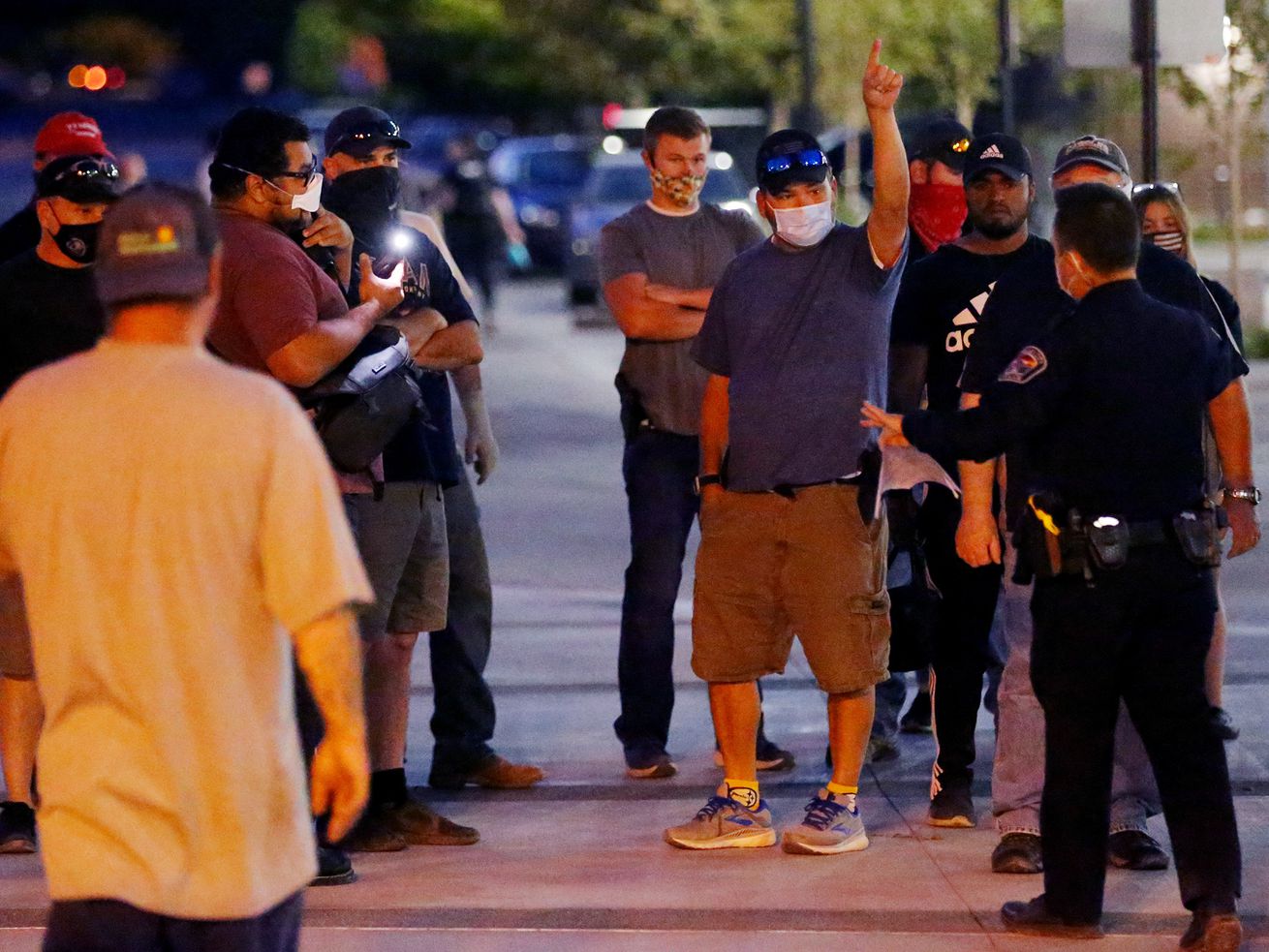 Counterprotesters try to get police to remove a man taking video of them during a demonstration at the West Valley City Police Department on Wednesday, Sept. 16, 2020. | Scott G Winterton, Deseret News

WEST VALLEY CITY — Criminal charges have been filed against a Provo man arrested during a Black Lives Matter rally in front of the West Valley City Police Department.

On Sept. 16, about 60 protesters and counterprotesters gathered outside the police department. Members of Black Lives Matter were protesting the fatal shooting of Damien Evans, 38, who was shot and killed as he fled from members of the U.S. Marshals Fugitive Apprehension Team in Salt Lake City.

Members of the groups Utah Citizens Alarm and Civilized Awakening were also at the rally, according to West Valley police.

At some point during the rally there was a confrontation between Schroerlucke and members of the Black Lives Matter group. That’s when he “exhibited a firearm in an angry and threatening manner, in the presence of two or more individuals,” according to charging documents.

Schroerlucke then deployed pepper spray on three people, the charges state, “causing temporary loss or impairment of their eyesight.”

A fourth person was sprayed in the mouth with the pepper spray. Schroerlucke also used a Taser on a fifth person, the charges state.

At the time of the incident, Schroerlucke was cited at the scene and then released, even though some protesters say he pointed a gun at them.

“We just got to witness white privilege,” said Rae Duckworth with Black Lives Matter. “And it was really unfair.”

Police said they needed time to sort out the two differing accounts of what happened.

Utah Citizens Alarm issued a statement the next day distancing itself from Schroerlucke.

Schroerlucke was originally charged in West Valley City Justice Court. But those charges were dismissed so charges could be refiled in 3rd District Court. An initial court appearance for Schroerlucke is scheduled for Oct. 28.