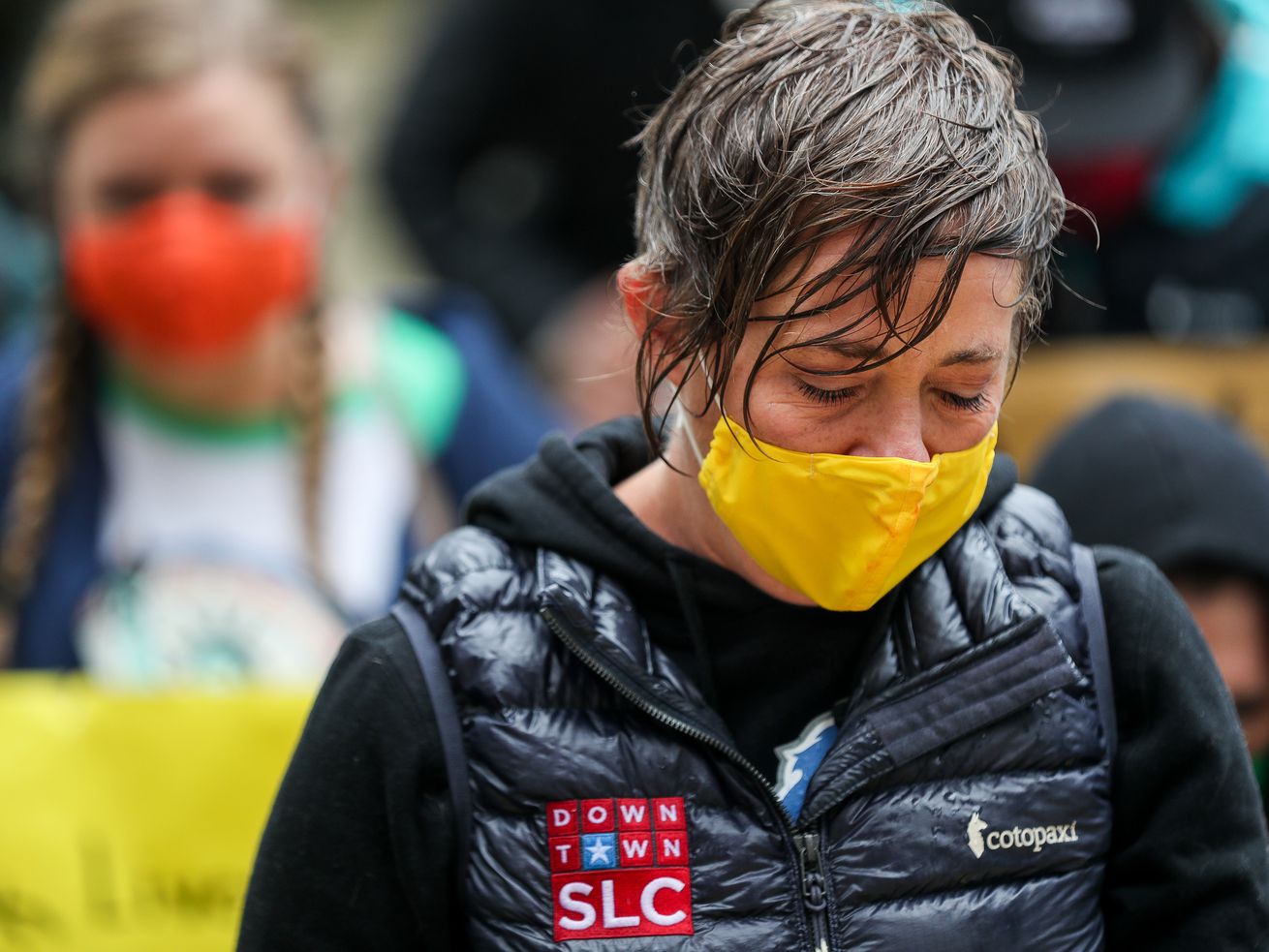 Amy Fowler, a member of the Salt Lake City Council, kneels with others for eight minutes and 46 seconds after marching through the rain to the City-County Building in Salt Lake City on Monday, June 8, 2020. | Spenser Heaps, Deseret News

SALT LAKE CITY — An ethics complaint filed against a Salt Lake City councilwoman for calling the fatal police shooting of Bernardo Palacios-Carbajal “unlawful” has been dismissed.

The Office of Professional Conduct, which investigated the complaint filed with the Utah State Bar against Councilwoman Amy Fowler, who is also a trial attorney, determined evidence is “insufficient” to show Fowler violated ethical rules.

“We have reviewed the Facebook post you provided as well as the news articles you referenced,” Sharadee Fleming, assistant disciplinary counsel for the Office of Professional Conduct wrote in a letter to Steven Winters, president of the Salt Lake Police Association, who filed the complaint on behalf of the police union.

“We have determined the evidence is insufficient to show that Ms. Fowler violated the ethical rules,” Fleming wrote. “Further, and regardless of the foregoing, these allegations are unrelated to Ms. Fowler’s practice of law.”

Therefore, the Office of Professional Conduct is “declining to prosecute this case,” Fleming wrote.

Fowler, who provided a copy of the letter to the Deseret News, declined to comment Wednesday, saying the letter speaks for itself.

Winters, who accused Fowler of “jeopardizing” and “politicizing” an ongoing investigation into police actions while “feeding the fire” of protests, did not immediately return a request for comment Wednesday.

Fowler, who is a former public defender, has said she was exercising her right to freedom of speech when she posted on Facebook after she watched police body camera footage of the shooting.

“I believe Bernardo Palacios-Carbajal was unlawfully killed and I am outraged,” Fowler posted on June 6. “I will do everything in my power to ensure that justice is served. There should be no special treatment for police and they should be held to the same standard as anyone else suspected of a similar act.”

Earlier this month, after Winters filed the complaint against her with the Utah State Bar, Fowler defended her comments as a “personal statement about my own beliefs on her personal Facebook page and said she didn’t violate any ethical duties.”

“I had the same exact knowledge and facts that the public did, and I made a personal comment,” she told the Deseret News. “As an attorney, when we take the oath we don’t give up our constitutional rights, and I was exercising my freedom of speech.”

Fowler also stood by her concerns around Palacios’ death, which came just two days before the killing of George Floyd by Minneapolis police. Floyd’s killing sparked international protests against police brutality, excessive use of force and systematic racism. In Utah’s capital city, where protests persisted for months, Palacios’ death also became a flashpoint for outrage over police violence and …read more