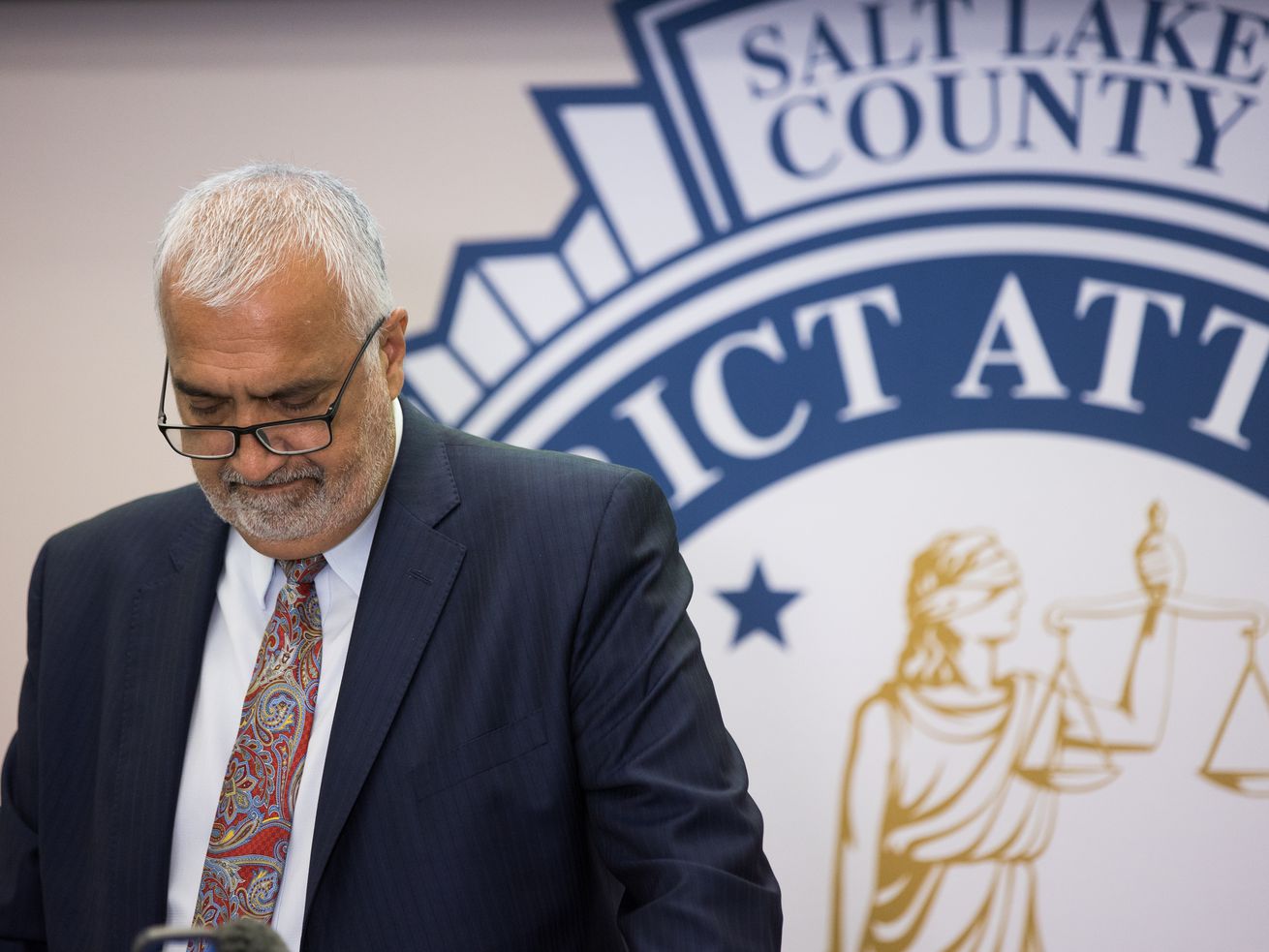 Salt Lake County District Attorney Sim Gill speaks emotionally as he briefs journalists at the District Attorney’s Office building in Salt Lake City on Thursday, July 22, 2021. Gill ruled Thursday that West Valley City Police Sgt. Tyler Longman was legally justified when he shot and killed Michael Chad Breinholt, who was handcuffed and in custody at the police station in 2019. Breinholt had grabbed another officer’s gun but was unable to remove it from the holster before he was shot. | Spenser Heaps, Deseret News

Salt Lake County District Attorney Sim Gill ruled Thursday that a West Valley police officer was legally justified when he shot and killed a man who managed to grab ahold of another’s officer gun while handcuffed and in custody in a small room in the basement of West Valley City Hall.

But Gill also said the shooting of Michael Chad Breinholt could have been avoided.

“Do I think there are a community of citizens out there who are incensed about it because it could have been averted and should have been handled differently? Yes and I think that’s legitimate. But the law is very clear.”

On Aug. 23, 2019, Breinholt, 31, was impaired and handcuffed in the basement of West Valley police station waiting to be taken to the Salt Lake County Jail. While waiting for a search warrant to be approved for blood to be drawn from Breinholt to test for drugs and alcohol, Breinholt seemed lethargic, his speech was slow, and at one point he asked officers to take him to “UNI,” or University Hospital’s mental health unit.

Breinholt then suggests to an officer that he has a gun in his shoe, though police had already searched him for weapons.

“No you don’t. Relax, be patient with us,” officer Taylor Atkin tells Breinholt.

Breinholt manages to take a shoe off while he is sitting down and his hands are cuffed behind his back. Atkin said at that point “he decided to deal with the issue because he had a feeling Mr. Breinholt was going to do ‘something stupid’ with the shoe — perhaps throw it at officers,” according to Gill’s final report on the shooting.

Atkin asks Breinholt for his shoe, but Breinholt tells him, ‘No.’ As Atkin gets Breinholt to stand up from his chair so he can retrieve his shoe, Breinholt put his head down, gets close to Atkin who is trying to reach around him to get his shoe, and then grabs the officer’s gun.

Gill said Thursday that because of Breinholt’s skinny arms, he was able to slide one of his handcuffs from his wrist …read more