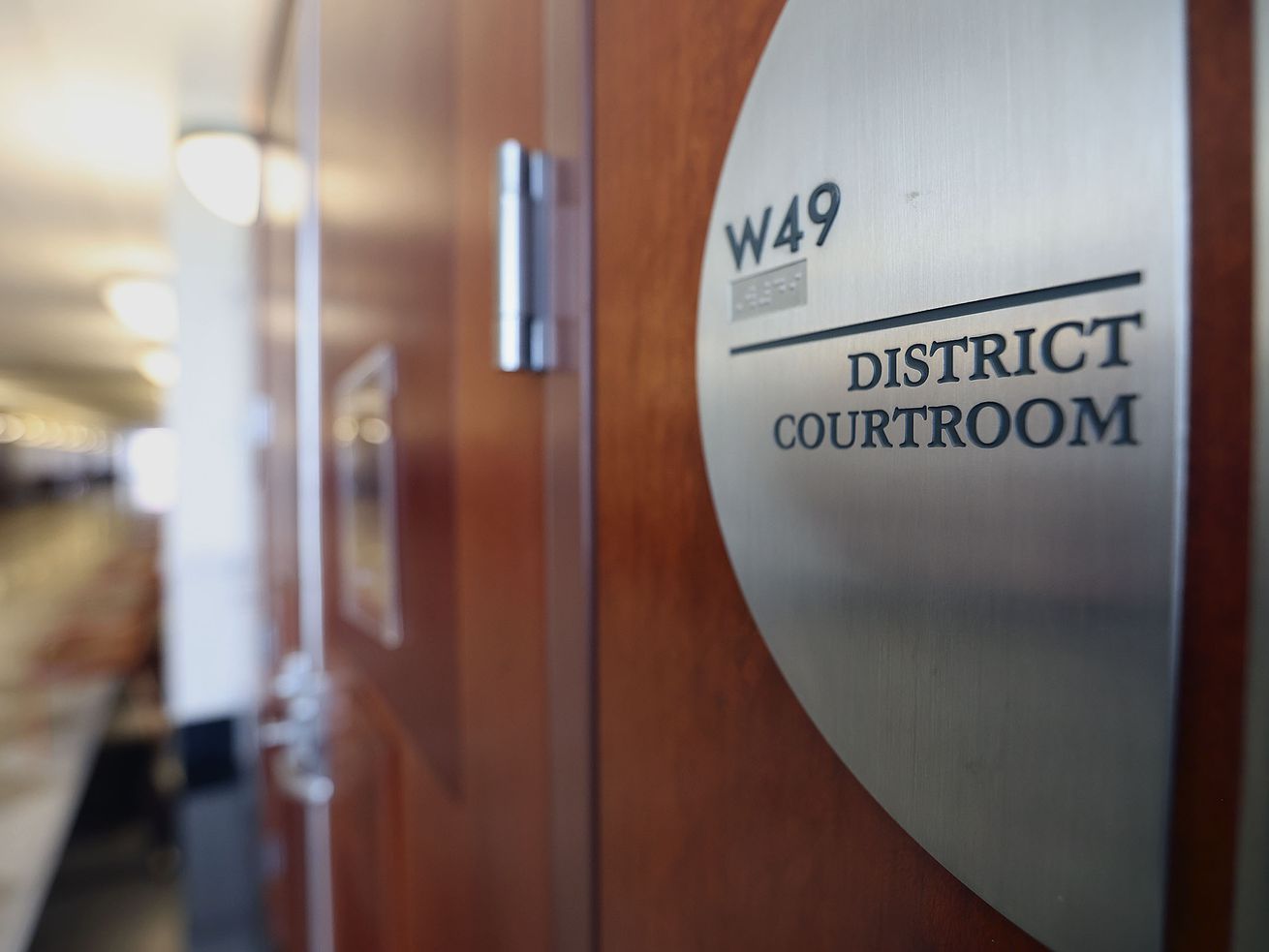 The entrance to a courtroom in the Matheson Courthouse in Salt Lake City is pictured on Friday, Jan. 22, 2021. | Kristin Murphy, Deseret News

SALT LAKE CITY — Criminal charges were filed Tuesday against a man accused of hitting and killing a Salt Lake doctor while driving under the influence of drugs.

Mitchell Garrett Solstad, 26, whose address is listed as unknown, is charged in 3rd District Court with manslaughter, a second-degree felony; reckless driving, possession of drug paraphernalia, and causing a crash, class B misdemeanors; not having insurance, a class C misdemeanor; and driving with an expired license and no registration, both infractions.

On Dec. 4, police say Solstad ran into the back of a vehicle stopped at a light at 1300 South and 400 East. But rather than pull over, Solstad drove off, and the driver of the vehicle he hit followed, according to charging documents.

Solstad was traveling an estimated 52 to 54 mph on Bryan Avenue (1565 South), which has a speed limit of 25 mph, when he ran a stop sign at 1100 East and smashed into a vehicle driven by Dr. Arthur Miller, 55, according to the charges. The crash was witnessed by the first driver he allegedly hit.

Miller, a well-liked Salt Lake physician, husband and father of two daughters, was taken to a local hospital where he died from his injuries.

The impact from the collision knocked Solstad’s Jeep Cherokee onto its side. Drug paraphernalia fell out of his vehicle, the charges state. A bystander went to Solstad’s car and helped pull him out. The witness later told police that Solstad kept repeating, “I’m sorry, I’m sorry, I’m sorry,” and smelled like alcohol.

Solstad was also taken to a local hospital in critical condition. A blood test later revealed methamphetamine and THC in his system, according to the charging documents.

Marvel Studios & Disney+ | SUPER BOWL 2021 | Promo
370K Utahns have some college, no degree. This proposal aims to help some finish what they started
SHARES
ShareTweet