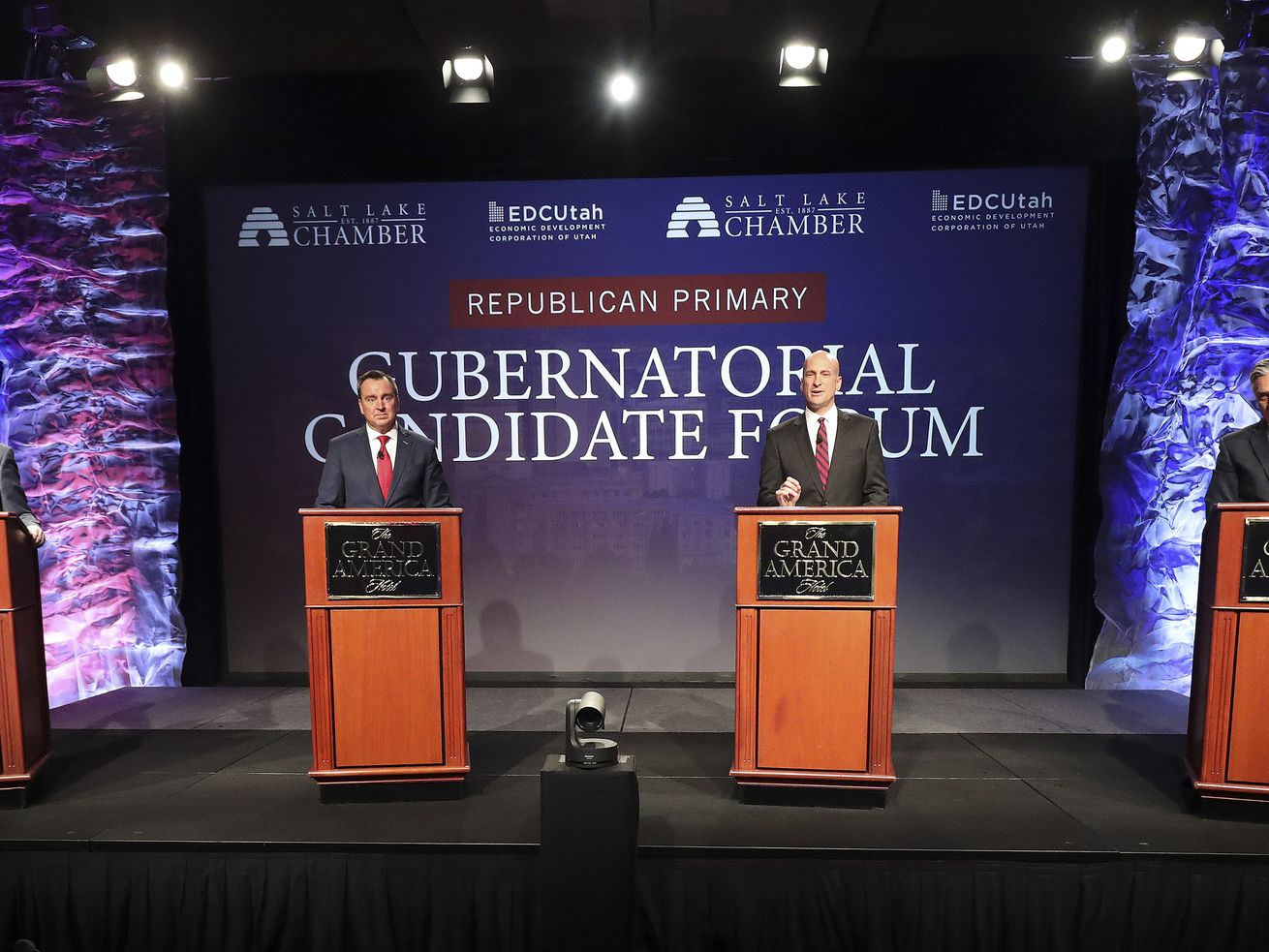 SALT LAKE CITY — A lawmaker is resurrecting a bill that would take a step back from a controversial law passed several years ago that allows candidates for political office to gather voter signatures.

“When we look back at SB54 over the last seven years and look at the effect of having the signature path, there are a few unintended consequences of SB54,” Sen. Daniel McCay, R-Riverton, told members of the Senate Revenue and Taxation Committee on Monday.

That law, which McCay co-sponsored in 2014, kept the traditional system but also created an alternative way to get on a primary ballot through gathering voter signatures. Candidates can choose either — or both — paths, leading last year to the possibility of six gubernatorial contenders on the June GOP primary ballot.

McCay’s new bill, SB205, would give political parties the option of returning to a system that doesn’t allow the signature-gathering path to the ballot. The bill received a 7-1 favorable recommendation from the committee and will move to the full Senate for consideration.

The bill is virtually identical to a bill McCay ran last year, which stalled before the end of the legislative session.

Initiatives and referenda have increased over time until they’ve reached a “record-breaking” number for Utah, McCay said.

“And those initiatives going up is our really No. 1 concern with the signature industry. And we’ve created this closet industry of signature gathering,” he said.

He said candidates are now out gathering signatures through people who get paid per signature. But the initiative and recall processes are driving other states into “very interesting policy choices.”

McCay pointed to a political analyst who called the initiative process “a blunt tool that ends up killing a legislative process.”

A lot of money is getting spent in politics through the initiative process, he said, with about $2.5 million over the last six years. Yet 99.3% of the elections still get won by candidates who qualify for the ballot through the convention process, McCay noted.

The signature-gathering process also increases incumbent protection as they have “name recognition and the ability to fundraise,” the senator said.