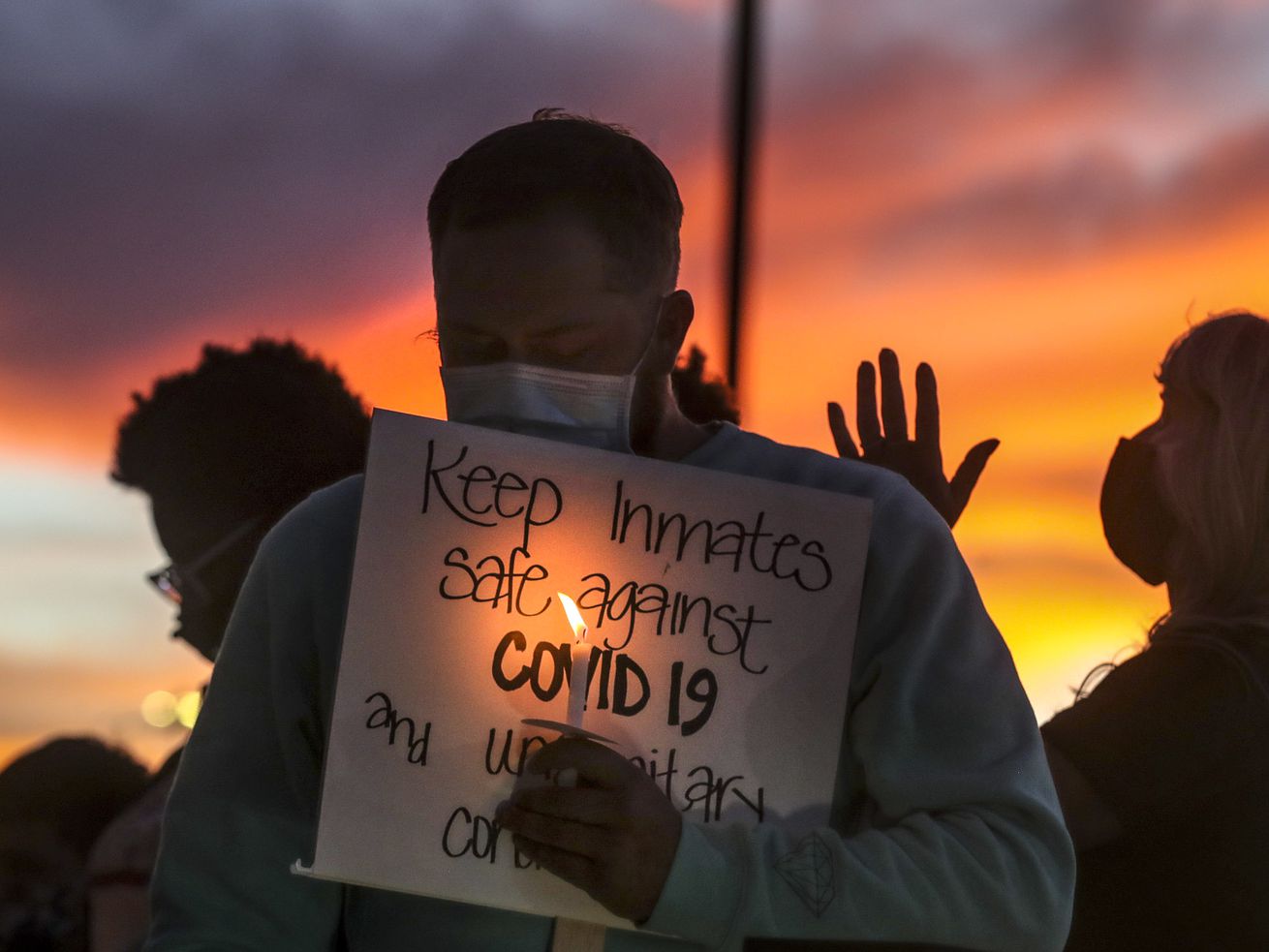 DRAPER — Families of inmates in the Utah State Prison gathered outside the Draper offices of state corrections officials Tuesday, condemning their handling of a coronavirus outbreak that has sickened nearly 300 inmates at its Draper site and more than 60 employees.

The group joined advocates with the ACLU of Utah in calling for greater releases of inmates who are vulnerable or near the end of their sentences. And they criticized what in their telling are lapses in basic medical care for those incarcerated at the prison’s Draper site.

“No one’s getting help,” said Carrie Knowlton, whose husband, Michael, has tested positive for COVID-19 in the outbreak. She said medical workers at the prison hand inmates pills but don’t monitor them further or ask how they’re feeling.

Knowlton described a similar approach when it comes to mental health, which she said consists of employees delivering crossword puzzles, a coloring book page depicting a pumpkin and a few crayons.

Although he didn’t have any symptoms as of Tuesday, Knowlton told the Deseret News she worries her husband’s mental and physical health will diminish. She said he’s just five and a half months away from his release date on a drug conviction.

As of Tuesday, no inmate deaths due to COVID-19 were reported. A total of 278 prison inmates had tested positive at the Draper location, in addition to a single inmate at its Gunnison facility, plus 40 more being held in jails through contracts with counties.

At the vigil in Draper, speakers urged the group of about 25 to continue advocating for their loved ones in order to hold prison officials accountable.

Beth Thompson’s voice was thick with emotion as she described how her husband has earned an associate degree in theology and became an ordained minister in more than eight years in prison.

“We have done everything that we need to do to show that he has been rehabilitated, that he is not going to be part of that recidivism,” she said.

The Utah Department of Health traced the prison outbreak to a health care provider who treated several inmates, according to the prison. It identified subsequent spread among the general inmate population late last month.

Utah Department of Corrections spokeswoman Kaitlin Felsted said the worker was a contractor from outside the prison who was wearing full personal protective equipment. She declined to provide the worker’s employer or job …read more