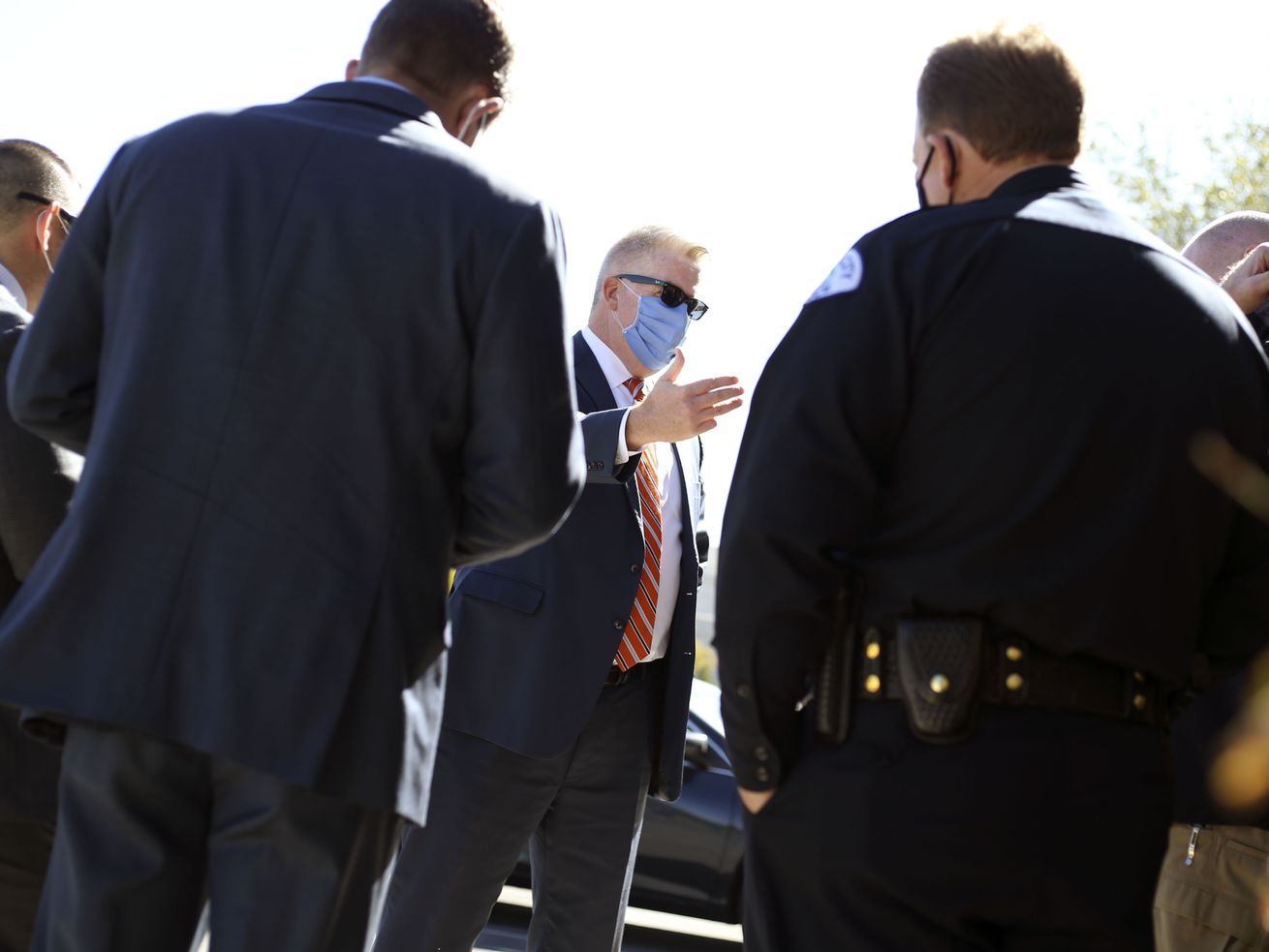 SALT LAKE CITY — Three white supremacist gangs, including one started in the Utah State Prison, have less street presence after federal and local police took down 21 purported members and associates for allegedly selling drugs and guns.

A 16-month, multi-agency investigation of Soldiers of Aryan Culture, Silent Aryan Nation and Noble Elect Thugs — a group authorities say is new to them — ended in 15 criminal indictments that were filed Friday in U.S. District Court.

“There are cynics who would say, ‘Oh, this is just a response to the political debate that’s going on this election season.’ No,” said U.S. Attorney John Huber.

President Donald Trump came under fire in the first presidential debate for not clearly denouncing white supremacy and telling the right-wing Proud Boys group, which is often tied to white supremacy, to “stand down and stand by.”

In an NBC town hall on Thursday, the president repeatedly said he denounces white supremacy.

Huber said he was concerned that there might be the perception that the Department of Justice directed local jurisdictions to crack down on white supremacists to show the Trump administration is serious about rooting them out.

“But I don’t know how it can be when we’ve been working on this since June of 2019,” he said. “I think that’s interesting in the political season where you have this debate going or at least accusations being made, but here you have the result of investigations that are a year plus old.”

Huber said this is the second time law enforcers have gone after Soldiers of Aryan Culture, which traces it origin to the Utah State Prison in the 1990s. It has since spread to prison systems across the country. Among the 19 men and two women arrested in the latest investigation is the brother of the man who started the gang.

“It’s one of ours. We own it and we’re not proud of it,” Huber said, calling the gang a “very unfortunate export of Utah.”

Mike Schoenfeld, director of the Salt Lake Area Gang Project, said Soldiers of Aryan Culture and Silent Aryan Nation are “highly volatile and dangerous” criminal enterprises, committing crimes from identity theft to murder. They have strong ties to other white supremacy groups in the country, he said.

White supremacists deal in drugs and guns because it’s lucrative, and they buy and sell from anyone, he said.

“But out on the street, they work with everybody. They don’t care about race, color, creed, religion. They don’t care,” he said. “On the streets it’s about making money, so out here they don’t hold tight to that racial line, that white supremacy.”