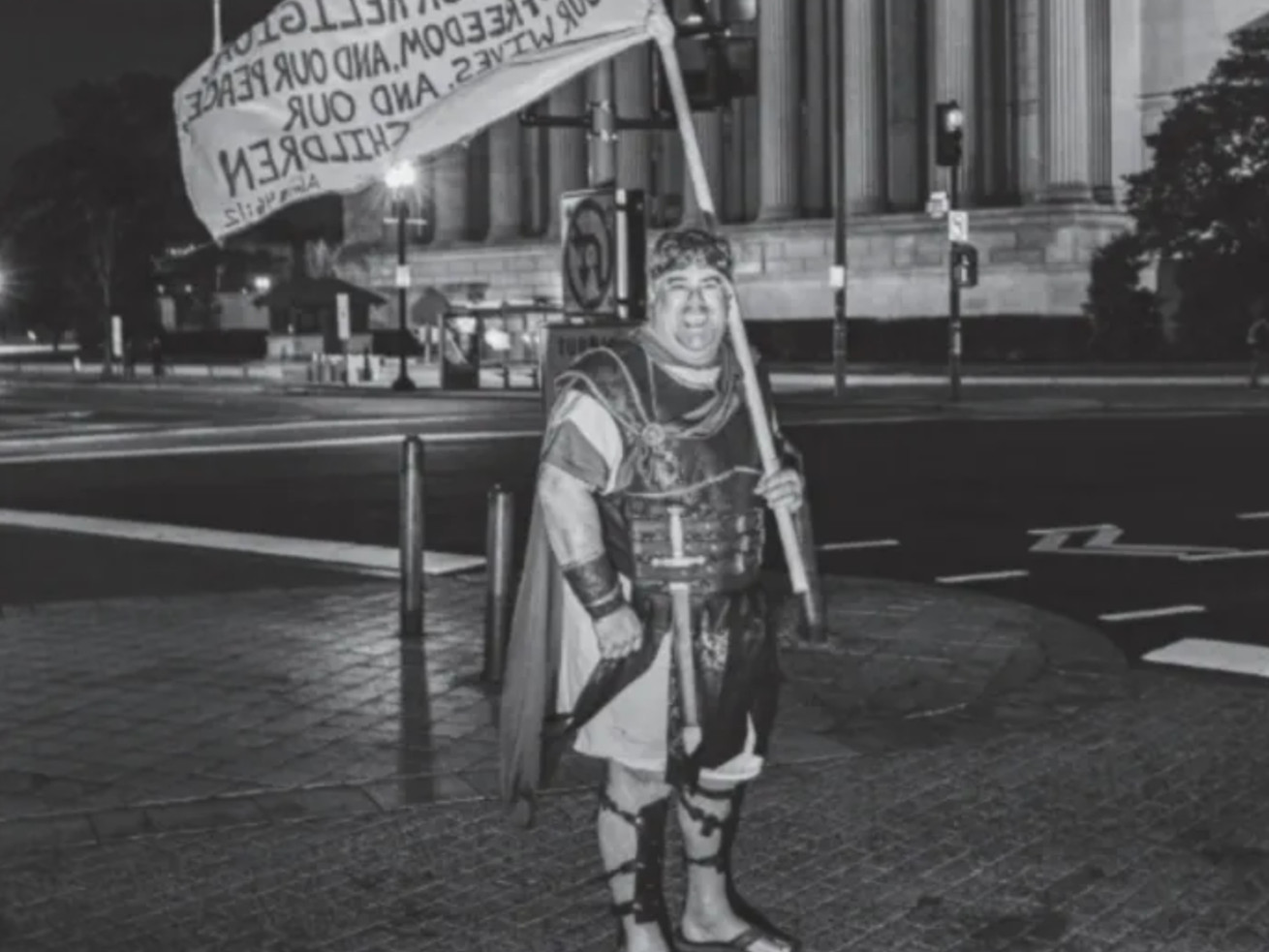 Nathan Wayne Entrekin poses near the U.S. Capitol on Jan. 6, 2021. Entrekin, who is from Arizona, was arrested in July and pleaded guilty Friday to breaching the Capitol. | FBI

Nathaniel Wayne Entrekin, the Arizona man who dressed as Captain Moroni from the Book of Mormon during the U.S. Capitol breach on Jan. 6, 2021, pleaded guilty Friday to a single misdemeanor in federal court in Washington, D.C.

Why this matters: Entrekin, 48, becomes at least the 174th person to plead guilty to a crime in connection with the Capitol breach, according to an NPR database. He told one interviewer on Jan. 6, “I am Captain Moroni. I’m the William Wallace of the Book of Mormon.”
Federal prosecutors have charged 733 people, according to a Justice Department database. New cases continue to be filed.
Breachers injured more than 140 police officers on Jan. 6, 2021. They did than $1.5 million worth of damage to the Capitol.

The plea deal: Entrekin agreed to plead guilty to a federal class B misdemeanor of parading, demonstrating, or picketing in a Capitol Building in exchange for federal prosecutors dropping four other charges.

Entrekin appeared Friday via video for the plea agreement hearing in U.S. District Court for the District of Columbia.
Judge Florence Pan asked Entrekin, “Did you enter the Capitol’s restricted grounds on Jan. 6?” Entrekin replied, “Yes, your honor.”
“Guilty, your honor,” Entrekin said Friday when the judge asked how he pleaded.

Next up: Entrekin faces a maximum sentence of six months in prison, a $5,000 fine and five years of probation.

How can Utah push back against federal overreach? Stop taking the government’s money, Rob Bishop says

Pan ordered Entrekin to appear for a video sentencing hearing on April 22.
Entrekin’s attorney, assistant federal public defender Dani Jahn, said that as part of the plea agreement, Entrekin would pay $500 in restitution.
The judge said Entrekin has exhibited exemplary conduct by complying with the conditions of his release after he was arrested on July 15 in Cottonwood, Arizona. She agreed to allow him to remain on release pending sentencing.
Entrekin cannot travel outside Arizona or the United States without permission. He cannot enter the District of Columbia except for court business and meetings with his attorney. He also is not allowed to possess a weapon.

Flashback: Entrekin stood out in national TV coverage of the Capitol breach because he wore a gladiator costume and represented himself as Captain Moroni, according to a 27-page affidavit by an FBI agent. The Book of Mormon, one of the books of scriptures of The Church of Jesus Christ of Latter-day Saints (also known as Mormons) describes Captain Moroni raising armies to fight tyrants in about 72 B.C.

FBI
Nathan Wayne Entrekin poses during the U.S. Capitol breach on Jan. 6, 2021. The FBI says it seized the photo from the phone of Entrekin, who pleaded guilty in federal court on Friday.