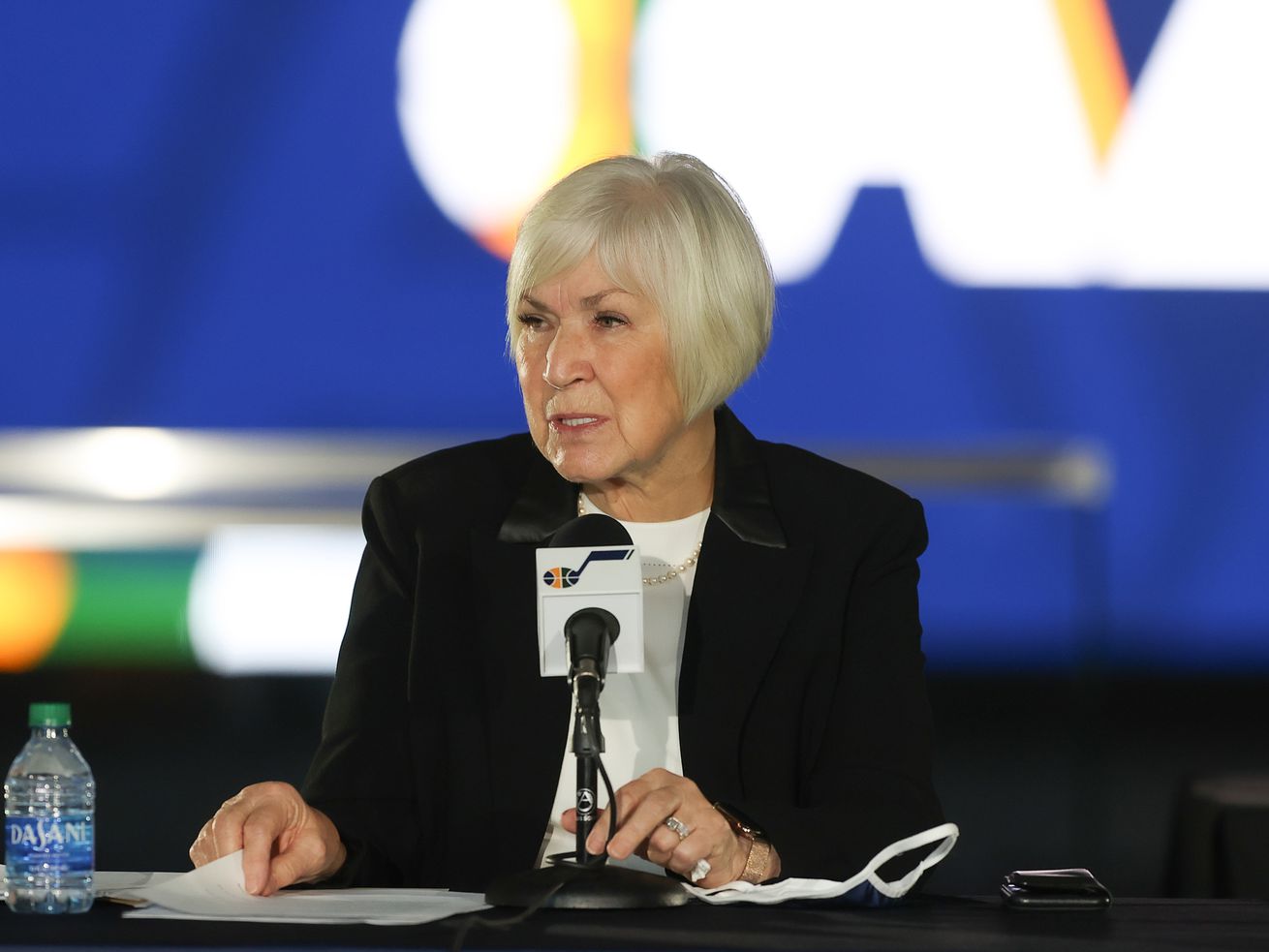 Gail Miller speaks at a press conference announcing the sale of the Utah Jazz to Qualtrics CEO Ryan Smith at Vivint Smart Home Arena in Salt Lake City on Wednesday, Oct. 28, 2020. The sale is part of an upcoming shift in the company to diversify its portfolio and loot to the future, Miller announced Thursday. | Melissa Majchrzak

Gail Miller announced Thursday that the Larry H. Miller Group of Companies has made $5 billion in strategic changes in the past year, moving on from their most well-known business ventures.

In 2020, Miller, owner and chairwoman of the group of companies, is assumed to be the wealthiest person in Utah. A year ago, she sold the Utah Jazz to Qualtrics founder Ryan Smith. Two weeks ago, Larry H. Miller Automotive was named the second-largest privately owned automotive dealership in the nation. Shortly after, Miller announced the group’s intention to sell the dealerships to the Georgia-based company Asbury Auto Group. The dealerships will keep the Larry H. Miller name.

So, what’s in the company’s future?

“We’re turning our attention to new horizons,” Miller said during the Silicon Slopes Summit in Salt Lake City on Thursday. She added that it’s important to know when a certain era is over and when it’s time to move on. These “new horizons,” she said, include diversifying the company’s portfolio, while being agile and using foresight.

Miller stated that one such move is the company’s purchase of Advanced Health Care Corp. in January, though she did not say whether the company would continue purchasing other health care companies.

During Thursday’s conference, she reminisced on how she and her late husband, Larry H. Miller, purchased a single Toyota dealership in Utah 42 years ago, with around 30 employees, because “our roots are here.”

From their success and growth and “entrepreneurial spirit,” she said, “I can tell you the American dream is alive and well.”

“It’s through change and challenge that we find opportunity and growth,” Miller added.