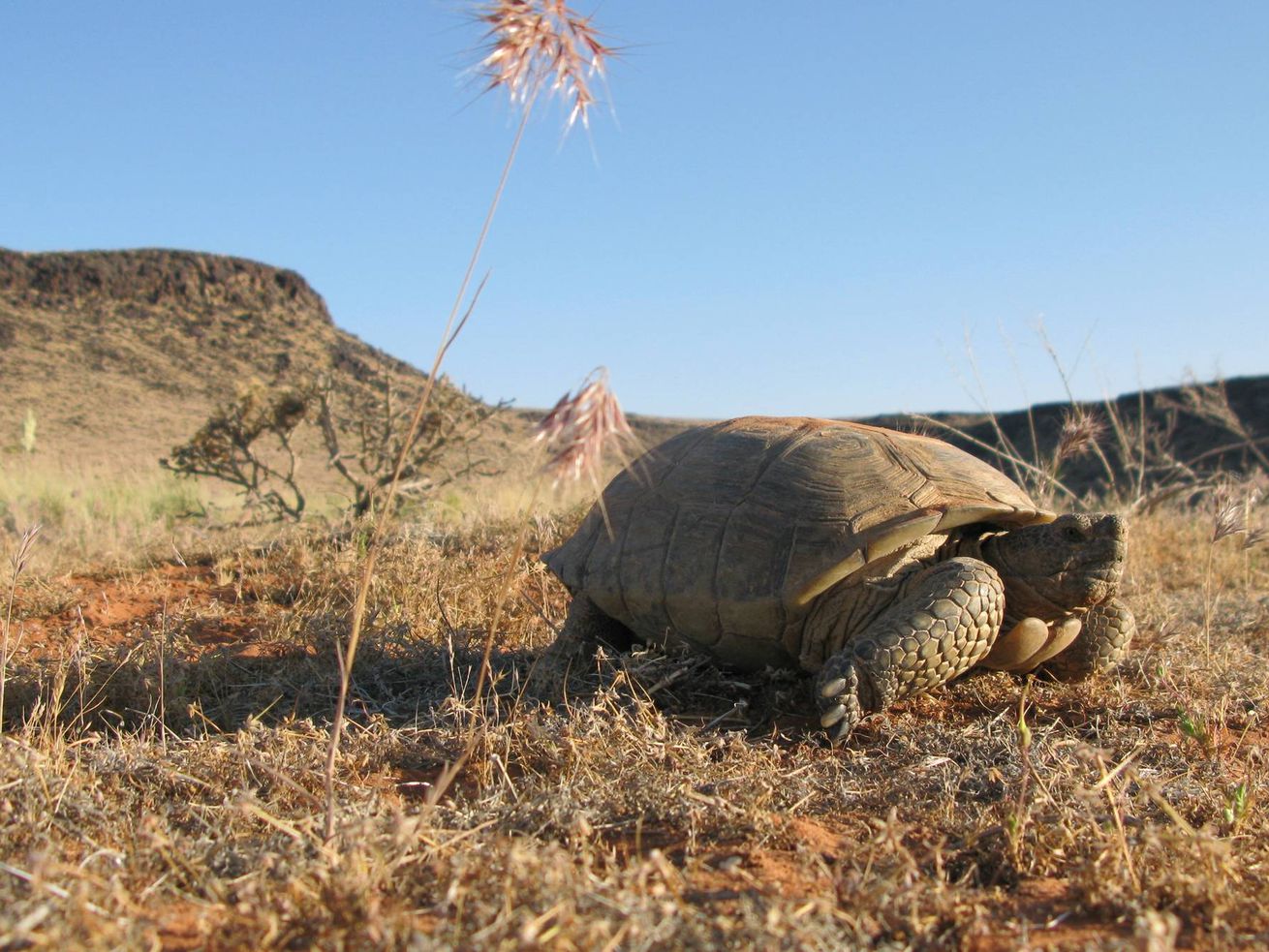 A desert tortoise basks in the sun in 2010. | Jason Jones

SALT LAKE CITY — Hailed by supporters as a must-do to alleviate traffic congestion in Washington County, a planned four-mile highway in southern Utah took a step closer to becoming a reality after the federal government released its final environmental review of the proposal.

Critics say the Northern Corridor will disturb high-value habitat for the federally threatened Mohave desert tortoise, by crossing a portion of the Red Cliffs National Conservation Area, but Washington County has moved to counter those impacts by offering up an additional 6,800 acres to help save the species.

The Bureau of Land Management on Friday released its final environmental impact study on the corridor, which would cross a section of the 44,700-acre conservation area.

While the release of the document does not mean a final decision has been made — a public comment period is open for 30 days — it does signal the federal agency is poised to approve the corridor in the coming weeks.

The four-lane highway has been a fulcrum of controversy in southern Utah, with Conserve Southwest Utah, Defenders of Wildlife and the Desert Tortoise Council arguing that a highway is incompatible with conservation of the species.

Proponents say the 2009 public lands omnibus bill directed the BLM to identify a northern route through Washington County and the agency dragged its feet for years.

In 2016, a congressional subcommittee convened a rare field hearing in St. George after members said they had heard a litany of complaints over the agency’s draft resource management plans proposed for the Beaver Dam Wash and Red Cliffs National Conservation Areas.

“This subcommittee doesn’t normally hold hearings on individual land use plans. But it appears that the BLM, which administers nearly half of the land area of Washington County, has ignored the will of Congress and thumbed its nose at the people whose taxes support this government and whose livelihoods and quality of life are now directly threatened by it,” said Rep. Tom McClintock, R-Calif., during that hearing. At the time, he was chairman of the House Natural Resources Federal Subcommittee.

Two years later, Rep. Chris Stewart, R-Utah, sought legislation that would permit the construction of the corridor, and the fight has continued to rage since.

Washington County officials agreed to set aside the 6,800 acres because a 1.9-mile section of the proposed highway would disturb 58 acres of the conservation area.

The desert tortoise, which can reach age 80, has seen its populations decline by 90% since the 1950s.

Conservation organizations estimate that about 100,000 of the tortoises live in the deserts of Southern California, Nevada and Utah.

The U.S. Fish and Wildlife Service is contemplating issuing an incidental “take” of the desert tortoise if the project proceeds, with conditions requiring mitigation by the county.